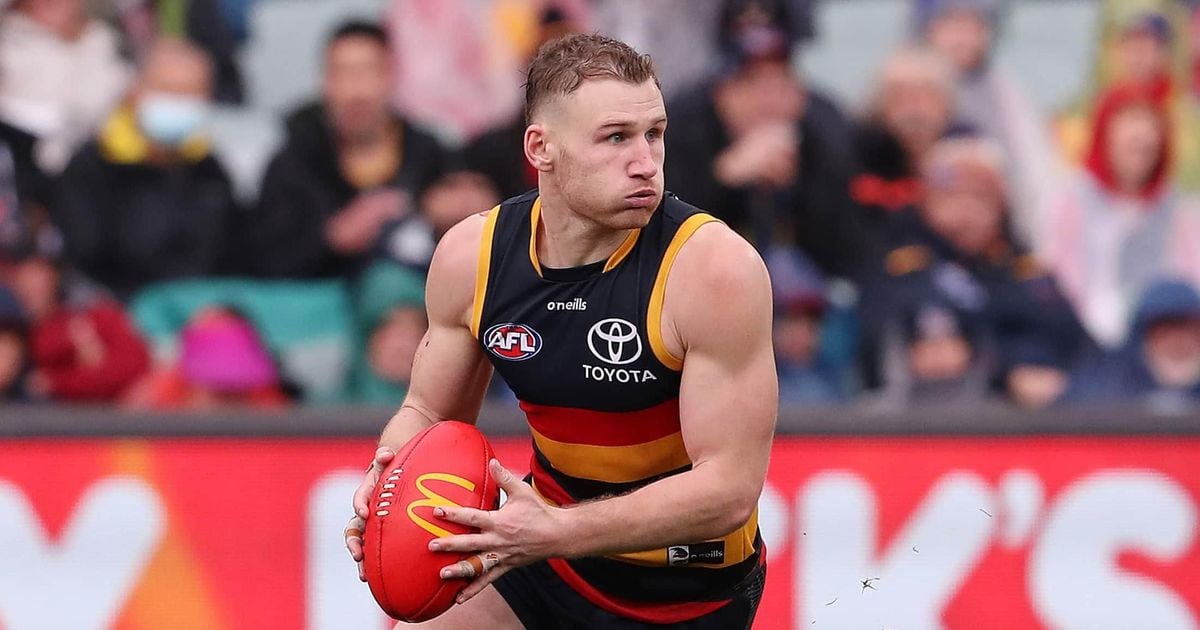 WHAT a sensational round, highlighted by some phenomenal scoring! Rory Laird led from the front with a ridiculous performance against the Pies. It was always a dream match-up for him on paper and the rain played further into his hands, as he laid a whopping 20 tackles on his way to a round-high 163.

Meanwhile, many coaches had regret for following the old-school strategy of trading out all your rookies before making luxury upgrades. Pie ball magnet Nick Daicos proved rules are made to be broken, and showing why he is right in the mix to finish the year in Roy’s Rollin’ 22 defenders. He had 40 touches and three goals, and it was only a few weeks ago people were saying he wasn’t the rookie of the year…

Fantasy Pig of the week

Rory Laird, take a bow! The hard-working Crow became the first player to work his way up to the $1 million price tag this year after another outstanding performance. He has been in sensational form, not dropping under 120 in six weeks, but his latest game takes the cake. He scored a whopping 163 from 33 touches and no marks! Can you believe that? 163 without a single mark. That’s because he embraced the wet weather conditions and laid a record-breaking 20 tackles worth 80 points. Talk about Pig tendencies… We can see a snout forming before our eyes.

Nick Daicos rubbed salt in the wounds of coaches that have traded him out, scoring his fourth hundred in six weeks, which happened to be his season high of 147 from 40 touches and three goals. What a gun.

Jack Sinclair continued his ripping season, doing what he liked across half-back against the Dogs, scoring his second 140+ in three weeks with 36 possessions and 11 marks. Mason Redman rounds out three of the top four scorers with defenders after taking 10 marks and scoring a season-high 143. Superstars Hugh McCluggage and Marcus Bontempelli were the other big dogs who reached 140 or more.

Cash cows of the round

The best player with a starting price under $300k will be awarded the Michael Barlow Medal as the best cash cow of the year.

The votes for round:

5 – Nick Daicos Collingwood, MID/DEF – 143
As the great Vince Carter said… It’s over! There is only daylight behind the Pies star as he continues to put a gap in the competition for the Medal. It’s at a point where the medal may have to be rebranded, he is that good.

4 – Josh Ward Hawthorn, MID –  133
A season-high for the young Hawk, and by a considerable margin. He had a massive 34 possessions and seven marks to crack a ton for the first time.

3 – Josh Carmichael Collingwood, MID/FWD – 111
After debuting with a solid 51, the Pie made the most of his second opportunity at the top level, laying an impressive eight tackles and kicking a goal.

2 – Nic Martin Essendon, MID/FWD –  92
Just a little reminder from the hard-running Bomber that he sits nice and high on the leaderboard. He had his best game for six weeks with 25 possessions and two goals.

1 – Connor MacDonald Hawthorn, FWD/MID- 90
A breakout performance by the Hawk with an impressive five marks and seven tackles.

Tim English WESTERN BULDOGS, RUC/FWD
After starting the season as one of the form players of the competition, the Dogs big man has looked anything but since returning from concussion. It was a season-low 58 points against the Saints that have coaches looking at trade options given his lacklustre performance that consisted of just three kicks among his eight possessions, three marks and one tackle. If he shares duties with Jordon Sweet again, trade away!

Josh Kelly MID GWS GIANTS, MID
The hard-running Giant has his issues throughout the match, but he still managed to play 73 per cent of the game for a shocking score of 57 from just 14 possessions, four marks, one tackle (19 less than Laird) and a goal. His scoring is so far short of the tip line midfielders, that he can be upgraded. He looks a long way off the player that scored 134, 124 and 120 between rounds nine and 11.

Angus Brayshaw DEF/MID
For a player who sits in the mix of Roy’s Rollin’ 22, a score of 69 doesn’t cut it at this time of year, especially when rookies are pumping out 140s back there. He had 19 possessions and seven marks but it’s the second week in a row he hasn’t laid a tackle… That’s zero tackles (20 less than Laird) and he is a defender. Not good enough.