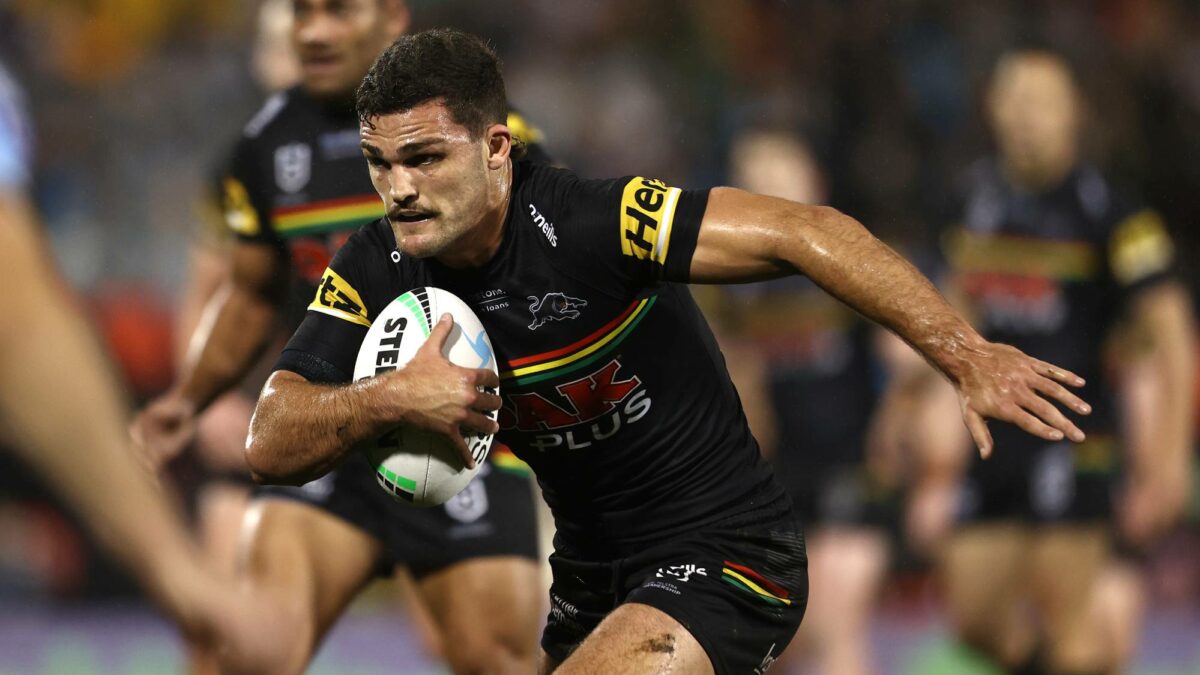 There are few things that piss me off more than people who complain about stadium upgrades while citing the lack of funding we have for schools and hospitals.

“I don’t even go to sportsball games,” they smugly declare, showing how clever and funny they are by pretending they don’t know the names of a major sporting code, “why should my tax dollars fund upgrades?”

I haven’t been treated in a public hospital since… maybe ever? And my schooling finished up nearly 20 years ago and my kid isn’t of school age yet. But I’m not asking for a rebate for not getting sick or injured, nor for not using the education system in two decades.

So, people who want to use the argument ‘my tax dollars shouldn’t be wasted on sport infrastructure’ can shut up. It’s ignorant, it’s not constructive, and – while people are obviously allowed to have preferences – anyone who proudly declares their disdain for sport isn’t showing sophistication, they’re showing that they’re a dickhead.

Now, Dominic Perrottet didn’t quite wimp out to that amount last week, but using the floods as an excuse for back flipping on upgrading Sydney’s stadiums (stadia? See above re: not showing sophistication) was pretty close.

Specifically, the Premier of NSW said that upgrading Sydney’s suburban stadiums would be “staged”:

“The government has just received the Floods Inquiry Report, which will likely require a significant cost to the taxpayer and I note right now there are still 1366 people without a home in NSW due to flooding.”

The report he’s talking about, according to its terms of reference, is regarding “the response to major flooding across NSW in 2022”.

Now, a lot has been going on in the last few years, but do you know what happened in NSW in 2021? Floods. Real bloody bad ones.

And in the year before that? Well, the summer of 2019-20 saw the nation burn in some of the most horrific fires in recorded history, with thousands of homes destroyed.

I’m not seeking to diminish in any way the plight of people who were displaced by any of these disasters, but I couldn’t help notice that the NSW Government were seemingly happy to press ahead with their stadium plans after the awful events of ’20 and ‘21.

In fact, according to Peter V’landys, the Premier had twice promised the suburban grounds would be upgraded in the months following this year’s floods.

“(When) they use the human tragedy of the floods to spin their way out of why they’re reneging on it, it takes it to another level,” the ARLC chair said last week.

All that said, I do wonder about the wisdom of continued focus on Sydney’s suburban stadiums, which are facilities that service small populations of semi-devoted fans on increasingly rare occasions.

Let’s look at the nine Sydney NRL clubs and their ‘home’ grounds:

That’s 11 stadiums for nine teams. Even if we take away Belmore, with its one game a year, we’ve still got more venues than clubs.

Now, of the 11 above, the SFS and CommBank are brand new, and this year Accor had the Great Southern Screen – which is 120m long by 10m high – installed as part of $10 million in digital upgrades.

No, it’s not the $800 million renovation that was previously promised for Sydney’s largest stadium, but it’s not like the Olympic Park venue has just been left to rot. I mean, at Newcastle we’ve got two screens and only one of them works.

Meanwhile, there is a plan for Penrith get an entirely new, $300 million facility.

Sure seems like a lot of money that, doesn’t it? I mean, when Newcastle got a stadium refurb, it cost a total of $80 million or so. It’s hardly chump change, but it represents about a quarter of the cost of Penrith’s proposed upgrade.

And what an upgrade it is, with the Penrith paceway to be bulldozed and turned into a new home for the Panthers, so the reigning premiers can continue to play at their current home ground, then move next door when the brand-new ground is finished.

As for why it’s going to cost $300 million, well in part it’s because the paceway doesn’t just need to be demolished, it also needs to be bought, with the government having announced plans to compulsorily acquire the site.

And no, the current owners are not keen to pack up and leave.

Just to spell it out, we’re living in a rugby league version of The Castle – and guess what Panthers fans, your club’s not the Kerrigans, it’s the Barlow Group.

Then, on top of all that, the NRL wants funding for upgrades at PointsBet, 4 Pines, Leichhardt and apparently McDonald Jones.

Now, while schools, hospitals and disaster relief are separate from stadium funding, stadiums are not.

So $300 million in funding for Penrith – home to the Panthers and zero other national sporting teams – seems like an odd way to spend the limited pot of money, considering you could logically turn the current ground into a modern-day replica of the 33,000-seat Hunter Stadium and have some $200 million left over (and all without being told to “suffer in ya jocks” when the people at the paceway get their heart-warming legal victory).

That $200 million would go a long way to upgrading the facilities at Cronulla, Manly and Leichhardt.

I wouldn’t argue with a lick of paint in the Hunter, but the plan is actually for a total redevelopment of the precinct, which has been on the cards since 2017 and therefore isn’t part of any deal with the NSW Government to keep the grand final in Sydney (which, why would Novocastrians care – our team’s not playing, our city’s not benefiting – take it to Brisbane, makes no difference to us).

Logically, Sydney could have four decent ground upgrades with the current money on offer for Penrith. At which point, I would suggest the NRL shut up for a bit.

Two brand new stadiums and four with upgrades that make them fit for their highly limited purposes in suburbia is more than fair for a city with nine teams.

I reckon there’s definitely still an argument for a big upgrade of Stadium Australia but that’s a fight the NRL should bring Rugby Australia and Football Australia in on as well, creating a shock and awe campaign that ensures Sydney’s biggest, most geographically central stadium becomes a palace dedicated to sports played on a rectangular pitch – one that makes even the famous Lang Park doff its proverbial cap.

But just as you’ve got to be a dickhead to say sport doesn’t deserve funding, you show yourself to be a selfish prat if you think you deserve hundreds of millions of dollars to upgrade every venue you’re vaguely associated with, in a competition that rarely has more than four games being played in an entire city on any given weekend for half a calendar year.