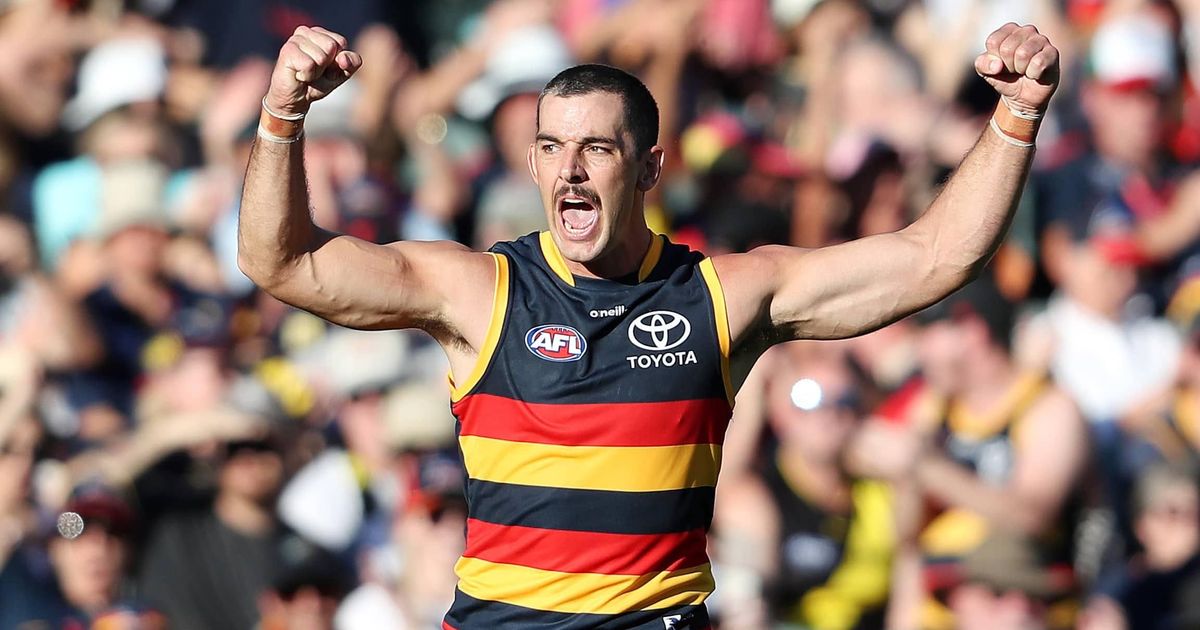 ADELAIDE has given itself some momentum in an impressive start to the season, downing Richmond 15.11 (101) to 12.10 (82) at Adelaide Oval on Saturday evening.

The Tigers kicked the first two goals of the game but the Crows hit back and Taylor Walker’s third of the opening quarter, after the siren, gave them a six-point lead at the first break.

Adelaide had stretched the margin to 25 early in the third before Richmond found another level, kicking four goals in quick succession and snatching a one-point lead.

But then it was the Crows’ turn to strike back and they were 14 points to the better at the final break, proving more than enough as they ran out the strong win in front of a joyous home crowd.

Ben Keays and Matt Crouch won plenty of the ball and drove it forwards where Walker (five goals) gave the Crows the target they needed, with his finishing was as good as ever. Shane McAdam (two goals) and the improving Elliott Himmelberg (four goals) were happy to chime in when Walker was otherwise busy.

On the other hand, the Tigers’ three tall targets, Jack Riewoldt, Tom Lynch and Noah Balta, failed to win the ball in the air and left the forward line slow on the ground. There was little Shai Bolton could do to help out as he dealt with a tight tag from Chayce Jones.

For better or worse, the Crows need Taylor Walker
Taylor Walker came back into the Adelaide side last round after serving a six-match suspension for racial abuse, and almost immediately stole a win against Essendon with four goals and a late matchwinning attempt just falling short. He got to work quicker this week, posting three goals in the first quarter and a fourth just a minute into the next, finishing with five for the day. He now sits on a career tally of 498, his impending 500th sure to give his teammates a bit of extra motivation against the Bulldogs next week.

Jack wins family bragging rights
It was a quiet day out for Richmond spearhead Jack Riewoldt but he did take some family bragging rights away from Adelaide Oval. Riewoldt started game 308 on 718 career goals, equal with cousin Nick. He couldn’t get his hands on the footy through the first quarter, but late in the second Jack found himself clear in the forward line, marked a centering kick and calmly went back to slot the goal. It may not have been the most spectacular of his career, but it’s sure to get a mention at Christmas dinner. Now, his second for the match was a lot more interesting!

Tigers’ template no longer the one to follow
A lot of water has passed under the bridge since the 2017 Grand Final, for Richmond it’s been an idyllic cruise while Adelaide has had more of a run over rapids with maybe a waterfall or two. But the nature of the journey has determined the credentials of the passengers. Five years on and the Tigers still had 11 of their drought-breaking premiership team in Saturday’s lineup, while the Crows had just five. There’s no doubt anyone connected to Adelaide would happily swap recent histories, but there’s also no doubt the club is addressing the future and not living in the past. Recent results and an aging list might suggest Richmond should do the same.