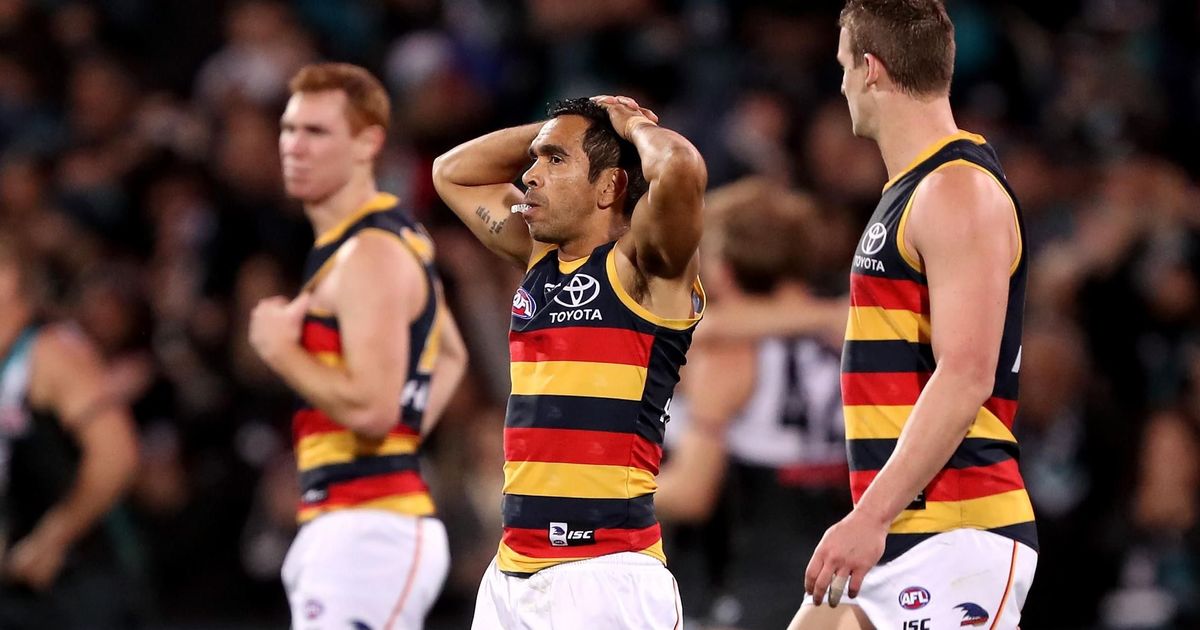 Betts has opened up on the 2018 camp and the lasting effect it has on him in his autobiography, which was released on Wednesday.

An Indigenous icon and one of the AFL’s greatest small forwards, Betts claims the experience on the Gold Coast following the Crows’ shock 2017 grand final loss was “weird” and “disrespectful”.

“Things were yelled at me that I had disclosed to the camp’s ‘counsellors’ about my upbringing.

“All the people present heard these things.

“I was exhausted, drained and distressed about the details being shared.

“I felt like I’d lost the drive to play footy, and to be honest, I’m not sure I ever had the same energy I did before that camp.”

“It’s sad to hear Eddie write that, because he’s been one of the greats of the football club,” Ricciuto told his Triple M breakfast radio show.

“I’m not sure if there’s anyone who’s thrilled the crowd more than Eddie Betts.

“I think the club’s been on record at times to say they acknowledge it wasn’t handled perfectly, it had all good intentions, but it didn’t go perfectly.

“We all love Eddie, and hopefully Eddie’s getting over that.

“That was four years ago, certainly the club has moved on from that and looking towards the future and have made a lot of ground since then.”

Betts played for the Crows until the end of 2019, before requesting a trade back to his original club, Carlton.

He added another 36 games for the Blues, before retiring at the end of 2021 following 350 AFL matches.

The Crows have failed to qualify for the finals since the 2017 decider and are three seasons into a rebuild under new coach Matthew Nicks.

Ricciuto is one of the few remaining off-field leaders from the period in question still involved at the club, with coach Don Pyke, chief executive Andrew Fagan and chairman Rob Chapman having left.

A SafeWork SA investigation last year cleared Adelaide of breaching health and safety laws and an AFL investigation in October 2018 cleared the Crows of any rule breach.