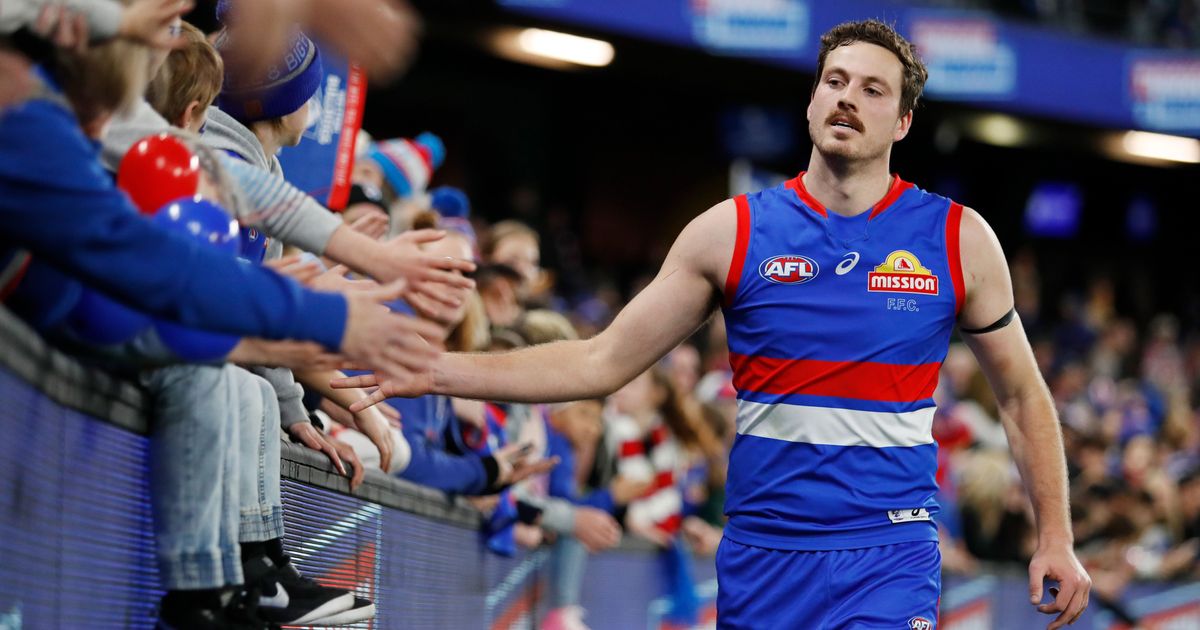 THE WESTERN Bulldogs’ finals hopes have received a boost with Zaine Cordy free to play in the must-win clash against Hawthorn after he was cleared of any wrongdoing over his bump on Greater Western Sydney youngster Tanner Bruhn.

Cordy was referred directly to the Tribunal for his hip-and-shoulder on Bruhn in the frantic final term of the Dogs’ five-point win at Marvel Stadium on Saturday, with the incident ungraded by the Match Review Officer.

Eyebrows were raised when the incident was sent to the Tribunal given Cordy did not make contact with Bruhn’s head in the collision that occurred as the young Giant attempted to chase down Ed Richards.

Cordy was stationary, lowered his centre of gravity, had both feet on the ground and was within the allowed 5m of the ball when he laid the block.

At Tuesday’s hearing, AFL counsel Nick Pane QC argued Cordy had engaged in rough conduct that was careless, high impact to the body and worthy of a one-match suspension.

A medical report submitted by the Giants stated Bruhn was concussed in the collision and would miss his club’s last match of the season.

But after a 75-minute hearing and 25 minutes of jury deliberation, the Tribunal disagreed, clearing Cordy to take his place in the line-up to face the Hawks in Launceston on Sunday.

Pane contended Cordy had caused Bruhn’s head to be jolted in a whiplash motion and that his actions were unreasonable because Bruhn was vulnerable, that the degree of force exerted was excessive and that Cordy could have opted to shepherd with his arms open rather than bump.

“My intent was to block for my teammate,” Cordy said in his evidence.

“In this particular instance, we are expected to lay a block and if we didn’t it would come up in review and probably be an ‘RFI’ or ‘room for improvement’.

“I would also be classed as selfish and not looking after a teammate.

“I made sure I was planted, that my feet were stationary and braced for impact with my shoulder and elbow tucked in.

“We lock eyes, and he sees me coming. Given the speed at which Bruhn was running, I had to brace myself.

“If I stick my arms out I open myself up to a shoulder dislocation, especially with him going at that speed.”

However, Pane contended Cordy could have minimised the impact and had breached his duty of care for his opponent despite the incident occurring within the permitted 5m zone of the ball carrier.

Legal counsel for the Bulldogs, Sam Norton, successfully argued Cordy’s actions were expressly allowed by the AFL’s own rules.

“The player does not make prohibited contact,” Norton said.

“”he use of the hip, the shoulder, the bracing and blocking is not simply a dinosaur’s, ‘men-will-be-men’ approach … it is an express provision of the laws of the game.

“It’s expressly contemplated that this is an act that will be participated in.”

The Bulldogs must defeat Hawthorn and hope other results go their way to sneak into eighth spot.