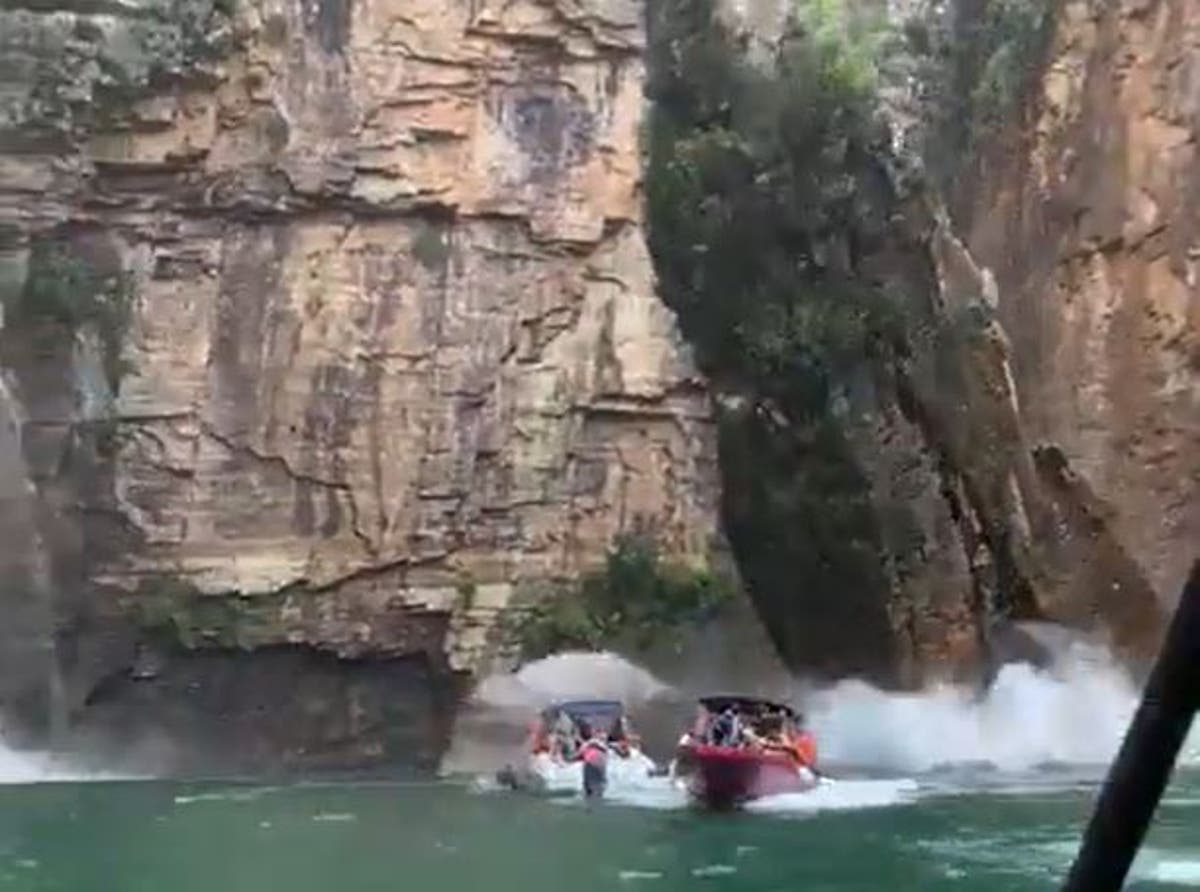 The Brazilian police have identified the tenth victim of last week’s canyon collapse in Capitolio. With this, all those who died after a massive stone cliff face collapsed onto tourist boats in Brazil on Saturday have been named.

The identity of the last victim was revealed on Monday afternoon by the Minas Gerais police after they found three more bodies. It was initially believed that seven people had died on Saturday and three others were missing.

All the victims knew each other as some were part of the same family and others were friends, Brazilian publication Globo reported.

The accident took place on Saturday at the country Furnas Lake, a popular tourist spot containing picturesque cliffs, caverns and waterfalls, which sees thousands of visitors every weekend.

A widely-circulated video on social media showed a large rock fragment of a cliff broke free of a ravine and plunged onto tourist boats in the lake. Four boats were impacted when the large piece of rock fell into the water.

Other videos showed frantic tourists on other boats asking to be taken away from the rocks.

The incident left 32 people injured, with nine sustaining serious injuries. Many of the hospitalised individuals have broken bones, including at least one person who suffered head and facial injuries. Some have exposed fractures, while at least three are in a critical condition.

Authorities believe the cliff collapse was caused by excessive rain. The previous day, officials had warned people to stay away from waterfalls in the area as they could have been affected by surging waters.

In one of the videos circulating on social media, several people can be heard warning about “falling stones” in the area and asking boats to be moved away.

President Jair Bolsonaro retweeted some of these videos on his account and called the cliff fall a disaster.