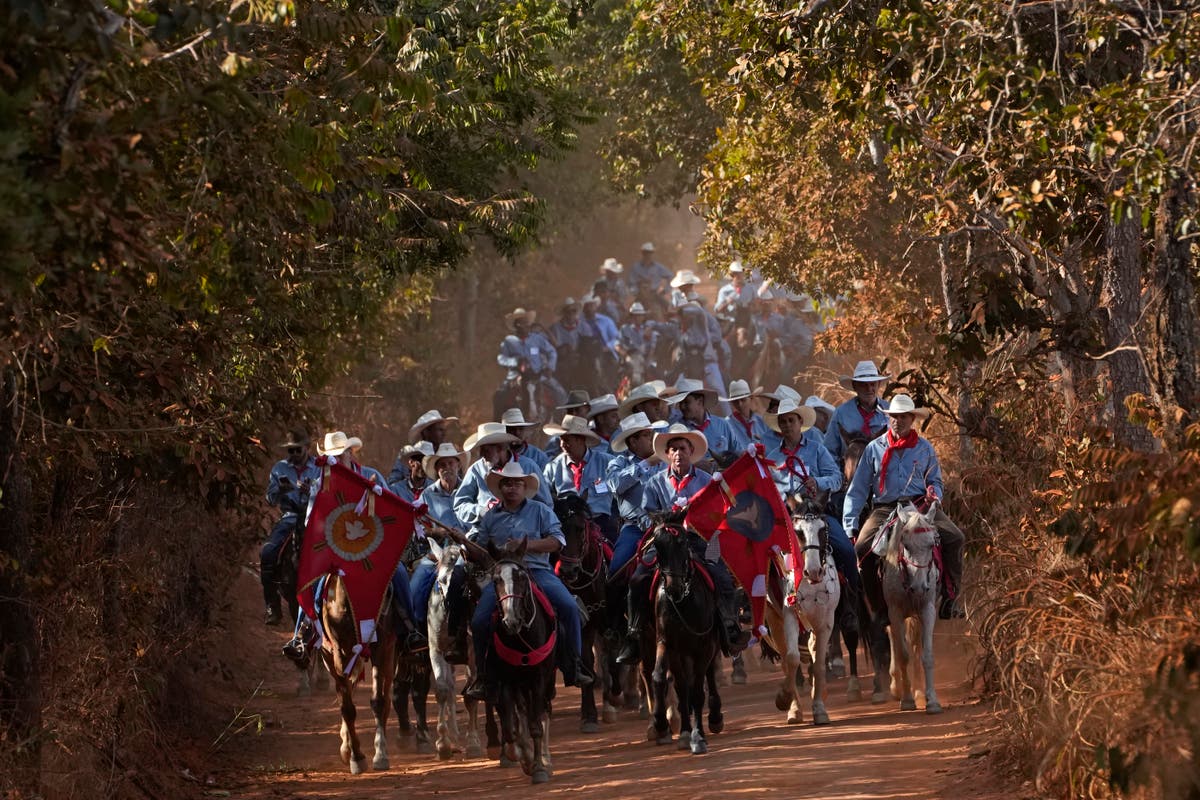 Over the course of nine days, a religious procession known as the Folia of the Divine Holy Spirit brings messages of faith and song to farms and villages across the countryside of Brazil’s Goias state.

Like a medieval caravan, the group framed by small red and white flags is comprised of more than 300 people, many of them on horseback.

The display celebrates the coming of the Holy Spirit to Jesus’ apostles after his crucifixion and has been performed for two centuries since it was first brought to Brazil by Portuguese colonizers. Once there, it was influenced by the cultures of Indigenous people and Black slaves.

Revelers pray and sing traditional songs, sharing stories born in colonial times. They incorporate the folkloric Brazilian dance Catira as well as Lundu, which originated in Africa. The faithful appeal to God with requests and promises in search of miracles and blessings.

Each time the procession reaches a farm, its members are provided with food and welcome. A town of tents crops up as revelers set up their sleeping spaces amid richly adorned altars and arches, and they play guitar and accordion, dancing into the night.