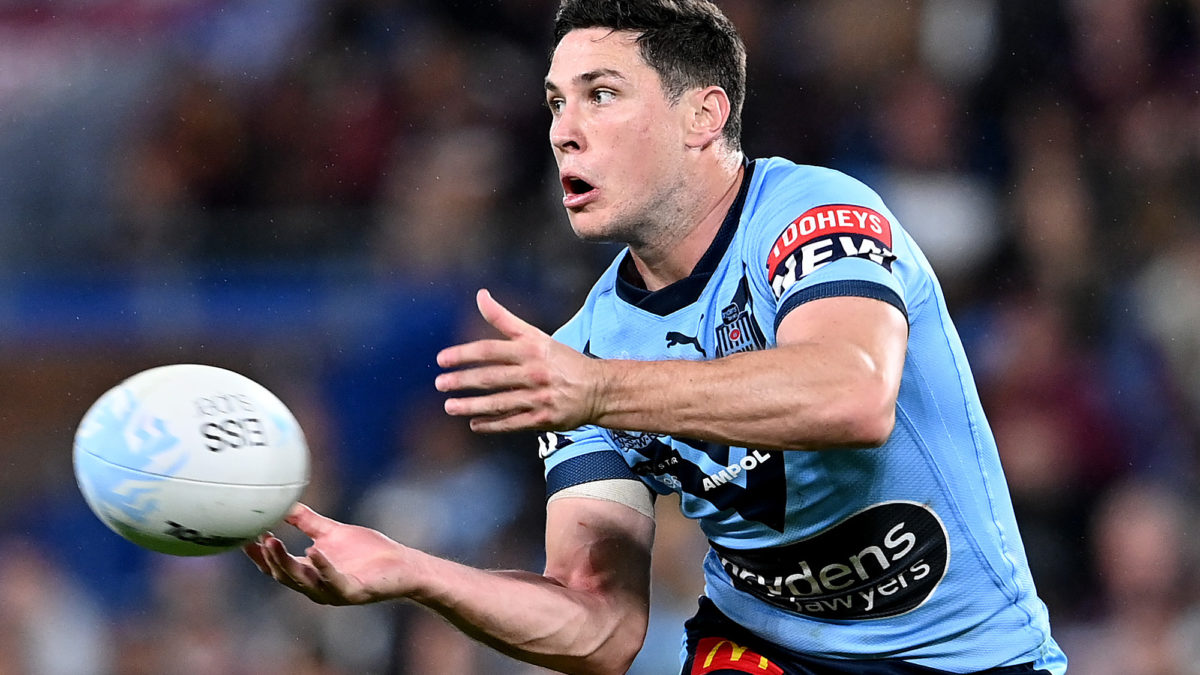 Set out below for your dubious enjoyment is a NSW Origin team made up entirely of one-game wonders. In many cases we have more single-gamers than spots available, so the tiebreak for making this prestigious team is as follows:

As always, NSW have a much greater squad to choose from than their northern neighbours thanks to their historically scattered and hyperactive selection policies.

Gary Dowling played from the bench in the 1981 Origin fixture, lost 15-22 by NSW. Dowling had a grand total of one run for four metres and made no tackles. He is a fine way to start our journey.

To be fair, Dowling had a decent career, playing three non-Origin matches for the Blues and winning two, as well as playing in two victorious Tests for Australia against New Zealand. He also played in Canterbury’s losing grand final against Easts in 1974 in an 11-year first grade career.

You would think Phil Duke would be a shoo-in here and maybe he should be, but I blame Phil Sigsworth. Instead we have Steve Turner and Nathan Merritt.

Melbourne winger Turner was picked by his club coach Craig Bellamy for Game 2 of 2008. NSW were ransacked 38 to nil and Turner tried hard but was largely ineffective. He ran for 75 metres and made two tackles but missed four. Turner played over 160 first grade game in an 11-year career, playing in four grand finals and winning two.

Nathan Merritt was selected for Game 2 of 2013 after many years of questions by Rabbitohs fans as to why the prolific try-scorer had never been picked. Unfortunately, this was a bit late in his career and ran into an ambush as Queensland dominated to win 26-6.

Merritt did break a tackle, so that’s good. Unfortunately, he added to that moment with two errors, three missed tackles from five attempts and only 24 run metres. Merritt is one of the few players to score over 150 career tries in a 13-year career.

Souths have a history of try scoring wingers not feeling the selection table love. Most famously, “The People’s Champion” Benny Wearing, but now Alex Johnston continues to be quietly ignored.

In one of the great selection travesties, El Magic played in Game 3 of 2007, a convincing win for the Blues, with the winger contributing a try and three goals. Of course, he was dropped as NSW embarked on a series of fruitless campaigns for nearly a decade. He is definitely too good for this side.

There are only two available candidates here, so welcome Brett Rodwell and Jamal Idris.

Brett Rodwell scored a try from the bench in Game 2 of 1995. However, the famous ‘Nevilles’ from Queensland still won the game 20-12 and completed a series victory. Rodwell actually played reasonably solidly. In addition to his line break and try, he made two tackle busts and ran for forty metres.

Rodwell didn’t miss any tackles, but then he didn’t make any either. He played over 200 first grade games in an 11-year career, mainly for the Illawarra Steelers.

Jamal Idris also made his single appearance from the bench, also scored a try and also lost the match, this time Game 1 of 2010, 28-24. Idris played okay, having seven runs for 45 metres and making four tackle busts. He made one tackle and missed another.

In an injury-disrupted career, Idris still managed over 130 games across four clubs and a Test for Australia.

Phil Blake was on a hiding to nothing, being thrown onto the bench as a game-breaker in the third match dead rubber as NSW hurtled towards one of the worst series losses in history in 1989, losing the final match 36-16.

It went as well as could be expected for Blake: no line breaks, no line break assists, six kicks for just 23 metres but at least he made his seven tackles with no misses. Blake played for a whopping 16 years in the NSWRL/ARL across six different clubs, scoring over 130 tries and losing three grand finals.

There were only four candidates here and they all played pretty well when you drill down, although they ultimately all lost their only Origin.

Kevin Hastings played from the bench in Game 3 of 1983. He came on straight after halftime and although the game was lost 14-10, Hastings put together a decent body of work, comprising one try assist, one line break assist, two tackle busts, 14 tackles, only one missed tackle and 21 kick metres.

Hastings played over 230 first grade games, all for Easts. He won the Rothmans Medal in 1981 and is widely considered unlucky to be stuck behind Tom Raudonikis and Steve Mortimer.

There were a number of average efforts here but ultimately we have two bench players, Keith Galloway and Robert Stone.

In a tribute to Rob Quinney, Keith Galloway played one of the best nine minutes you will ever see in Game 3 of 2011 as NSW succumbed 34-24, racking up three runs for 21 metres and seven tackles. Despite never cracking ten Origin minutes, Galloway actually played five Tests for Australia and over 200 first grade games as a cult figure for Wests Tigers.

In the first-ever Origin, Robert Stone came on after just 26 minutes to replace the injured Graeme Wynn and contributed just 24 run metres and two offloads, while conceding a penalty and missing two of 15 tackle attempts. Despite playing 170 NSWRL matches for St George right through to 1985, Stone never represented again.

I could just have easily gone for Gary Hambly or Steve Bowden’s five missed tackles or Steve Hanson’s excellent effort of seven missed tackles, but they all run for over 85 metres at least. Other one-gamers were Mark Sargent (bench), Matt Prior, Ryan O’Hara (won), Ron Hilditch, and Tony Butterfield.

I want to give a shout out to Don McKinnon, who played his only match in the decider of 1983, and lost 10-5. McKinnon would not be most people’s first thought for an Origin hero, but in that game he played the full 80 minutes, ran for 200 metres, gave seven offloads and made 32 tackles. Made for Origin (trademark pending).

Barry Jensen played the standalone Origin in 1981, and lost 22-15. He tried hard, making nine runs but gave away a penalty, committed two errors and missed five tackles from 24 attempts. Jensen played five years for Newtown and Illawarra and was a part of the Jets’ 1981 grand final team that lost to Parramatta.

St George’s Graeme Wynn played 26 minutes of the first-ever Origin, before coming off injured. He contributed 16 run metres, two errors and a missed tackle out of seven attempts in the 20-10 defeat. Despite a stellar career of over 240 matches right up until 1992, Wynn never represented again after just his second season in first grade.

David Brooks played in the 1985 dead rubber, with the Blues having wrapped up their first series win. He contributed 44 run metres and missed a rather shocking six tackles from 25 attempts as they lost 20-6. Brooks played 174 games for Balmain over a decade and was in their 1988 grand final team, losing to Canterbury.

Only two to choose from here. Terry Matterson takes the chocolates for his effort from the bench in Game 3 of 1989, possibly the NSW’s worst series of the 1980s.

Matterson played nearly half an hour and made a total of 15 metres for his team from four runs at a rate of one metre for every two minutes on the field. He did make 11 tackles and miss only one, but that doesn’t scream work-rate either. Matterson played over 150 games for Brisbane and was part of their back-to-back premierships in 1992-1993. He scored 744 points for the club.

Next time, a Queensland side will be put forward to tackle this NSW squad for the ages.