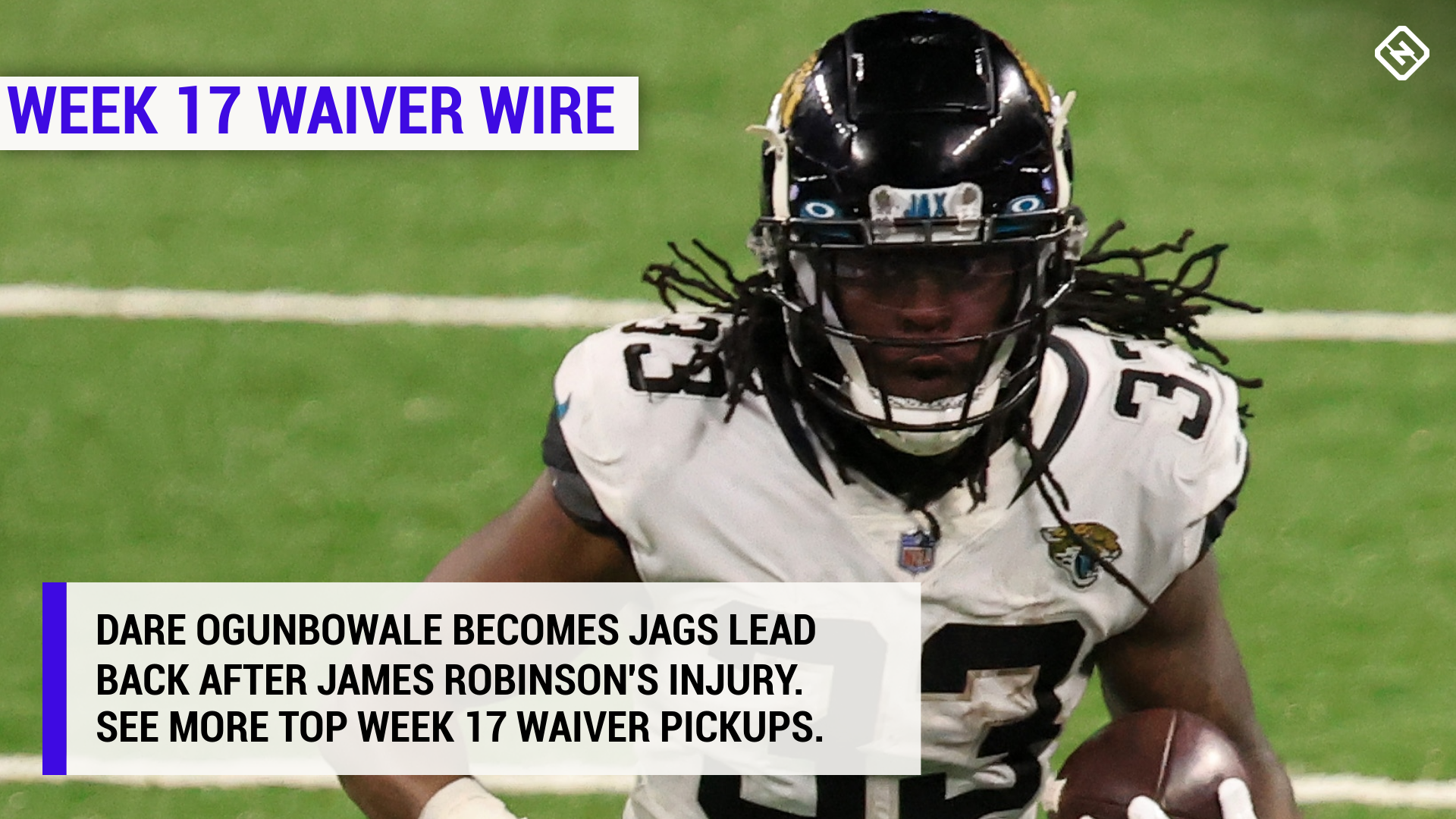 Usually, there isn’t much interest in the top Week 17 fantasy waiver wire pickups and free agent adds, but this year, with backups more important than ever, you could see heavy activity on waivers for guys like Dare Ogunbowale, Rex Burkhead, Jordan Howard, Isaiah McKenzie and more injury/COVID fill-ins. The usual jockeying for matchup-based streamers will be there, too.

Our full free agent list is mostly streamers, and we aim to give you as many viable options as possible. Tight end and D/ST will likely be the most important streaming positions, but, again, with starters potentially going on the reserve/COVID list at any point in the week, you should have solid backups at QB, WR, and even RB. You can find the streaming options, listed by position, at the end of this list.

If you’re still in the running for some money (or trying to avoid a last-place punishment), then use your waiver claim this week. Then use it again. There’s no point in waiting for free agency if there’s a player you want available on the wire. Grab as many guys as you can early in the week, then be ready to pick up new ones later in the week.

Play defense against your opponent, too. Not only can you do this early in the week by picking up players your opponent might want, but you can also play the waivers game late in the week and drop guys who won’t clear in time to be used in Week 17. Cycle through players as needed. It’s obnoxious to be over the top about it, but some legitimate add/drops early and late in the week is just good strategy.

Unless otherwise noted, only players owned in fewer than 50 percent of Yahoo leagues considered.