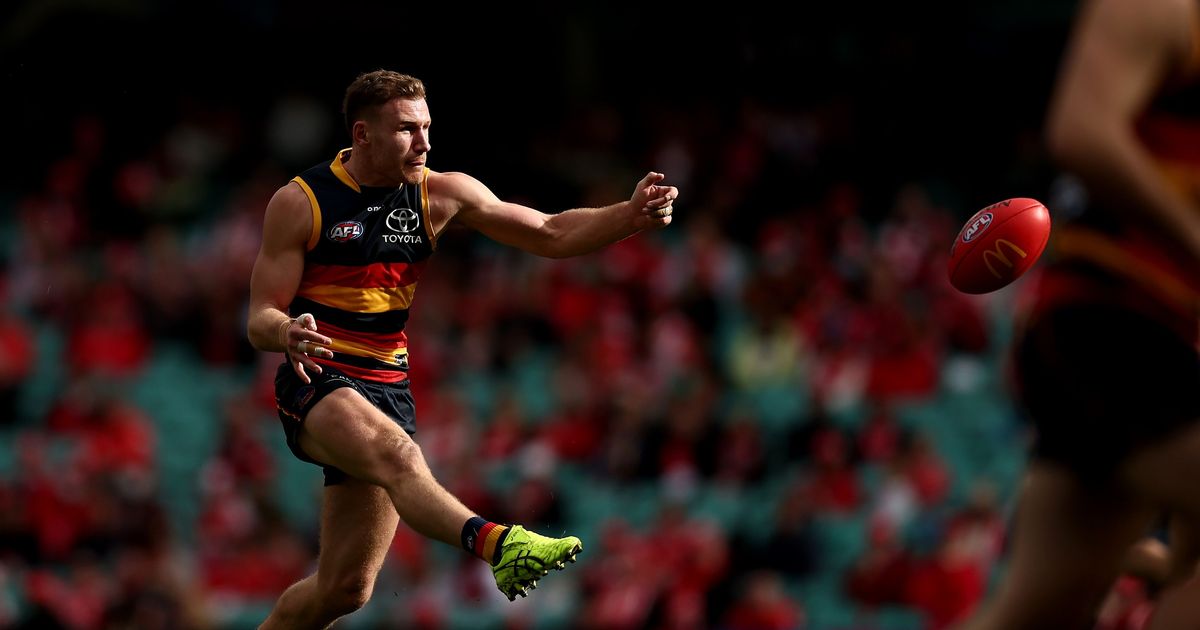 IT’S THE end of a significant round for default leagues who are heading into finals footy next week on the back of another massive round filled with highs and lows. The big boys showed their worth with Rory Laird once again reminding us why he is worth every cent of his million dollar price tag, scoring over 120 for a record seventh straight game with 138 from the popular captain. Likewise the man that started the year over one million, Jack Steele, showed he is set for a huge Fantasy Finals series, to bring the round to a close with 40 disposals and 154.

The biggest question this week is…could you do it? Could you downgrade Darcy Cameron after his shocking score of 34 to Braydon ‘Juicy Preussy’ Preuss who looked right at home as the Giants number one ruck with 105.

Fantasy Pig of the week

The Man Of Steele, Jack Steele, is not only the Pig of the week, he remains the trade target of the week after yet another dominant performance. He was everywhere against the Eagles, collecting 40 possessions, 10 marks and eight tackles for a round high 154. He is now averaging 126 in his last five games and his value is reflected by his low break-even of just 87. He has a great run of games to complete the season, so do what you can to bring him in.

Like Steele, his partner in crime Brad Crouch also enjoyed the match-up out west, pumping out a huge 147, highlighted by 11 tackles. Rory Laird did his thing, as he does every week these days, reaching a score of 120+ for a record seventh straight week in a row. His score of 138 in a tough match-up with the Swans came from 38 possessions, six tackles and a goal. Finally, big Max Gawn showed he is ripe for the picking, bouncing back to top form with 25 touches, eight marks and 40 hitouts for 133.

Cash cows of the round

The best player with a starting price under $300k will be awarded the Michael Barlow Medal as the best cash cow of the year.

The votes for round:

5 – Jai Culley West Coast, MID – 87
The Eagle recruit looked right at home in the middle against some quality opponents. He had 19 possessions, four marks, seven tackles and a goal. He is a jet!

4 – Marcus Windhager St Kilda, FWD/MID – 84
Ignore the awesome tagging role he did against Tim Kelly for a moment, and appreciate what he managed to do while in a defensive role. He still managed 23 possessions, five marks and three tackles.

3 – Nick Daicos Collingwood, DEF – 82
No doubt about the Pie ball-magnet, he finds a way into the votes almost every week. He had 21 touches and three marks.

2 – Nic Martin Essendon, MID/FWD – 82
The outstanding Bomber didn’t want Daicos increasing the lead for the medal, equalling his score from 22 touches, five marks and a goal.

Christian Petracca, MID – A week out of finals, coaches need their big dogs firing and that certainly didn’t happen for owners of the Norm Smith Medallist. He continued a disappointing three-week stretch where he scored 96 and 100 leading into this week’s disastrous performance where he had just eight kicks among his 24 possessions with one mark and two tackles for his second lowest score of the year, registering just 69. He isn’t getting the job done for a premium midfielder and needs to go.

Mitch Duncan, FWD/MID – The star Cat has been one of the most reliable scorers over recent weeks, embracing his role across half-back with scores of 103, 118, 138 and 103 before going missing after a fast start against the Power. In the three games leading into this week’s match-up he had recorded 14, 11 and nine marks before managing just four in his score of 62. The fourth quarter junk wasn’t available to give his score a late boost this week.

Sean Darcy, RUC – Rucks have been a massive issue this year for Fantasy coaches. In Classic, some landed on Darcy as their option in the ruck merry-go-round in recent weeks. His score of 68 was a hard watch when Max Gawn and Tim English enjoyed big tons.