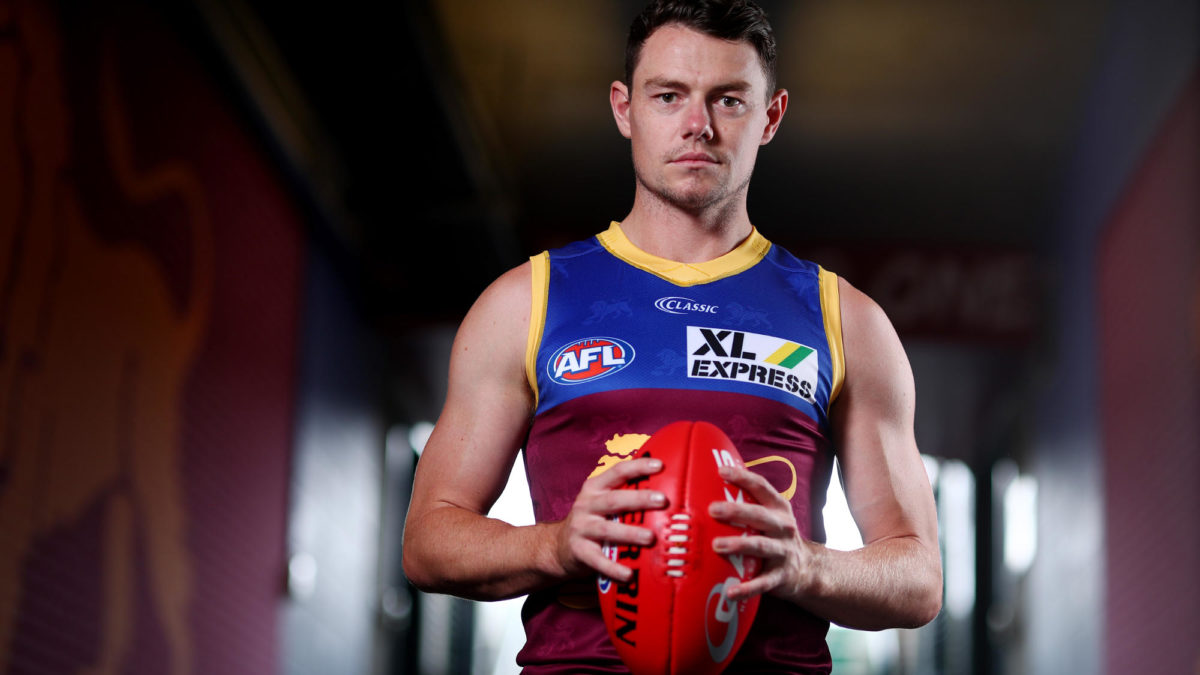 Neale was a runaway winner of the game’s most prestigious individual honour in 2020 and has been in outstanding form again throughout the first half of this season.

The 29-year-old midfielder is averaging 32.1 disposals and almost one goal a game, having starred with 39 touches and two majors in the Lions’ win over GWS last week.

Neale sits second behind Melbourne’s Clayton Oliver in the AFL Coaches Association’s player of the year award and is firmly in contention to win a second Brownlow.

“He had a pretty special year that year (2020) so it’s going to be hard to top it, but I think he’s more dangerous going forward these days,” Fagan told Fox Footy.

“He’s hitting the scoreboard a bit himself and getting a bit more involved in the score assists.

“I always think the great players in the game do a lot of damage in the front half of the ground and Lachie’s certainly starting to do a bit of that.”

Neale’s form has been crucial in Brisbane’s rise to second spot ahead of a clash with third-placed Fremantle – his old side – at Optus Stadium on Sunday.

Meanwhile, Fagan has weighed into the controversy surrounding the decision not to pay a 50m penalty against Chad Warner during the chaotic climax to Sydney’s narrow win over Richmond last Friday night.

Tiger Dion Prestia was awarded a free kick about 70m from goal just before the final siren sounded at the SCG.

Warner gathered the ball and booted it into the crowd after the siren, having not heard the whistle for the free kick.

It led to appeals from Richmond players for a 50m penalty that would have put Prestia within scoring range.

But umpires rejected their pleas and Sydney won by six points.

“I was pretty happy that a 50m penalty wasn’t paid in that instance,” Fagan said.

“I would’ve thought that would’ve been a bit of a tragic result, to be honest.

“Technically it may have been there but I think common sense prevailed, and I’m glad that it did.”

Essendon president Paul Brasher has announced a full-scale review of the embattled AFL club’s football operations and apologised to members for not informing them of chief executive Xavier Campbell’s contract extension.

An intense spotlight has hovered over the Bombers throughout a horror 2022 season, which has them 16th on the ladder with just two wins at the halfway point.

It has led to fierce criticism of the club hierarchy, including CEO Campbell, coach Ben Rutten and recruiting boss Adrian Dodoro.

An underperforming playing group has also come under fire, having taken a dramatic dive after playing finals last season.

In a video message to club members released on Monday, Brasher announced football director Sean Wellman is overseeing the review on behalf of the board.

Wellman, a Bombers 2000 premiership defender, will have assistance from club greats Kevin Sheedy and Simon Madden.

“We are looking at every element of the football program,” Brasher said, adding that the restless Essendon fan-base would have to be patient.

“The actions that come out of this review are likely to be incremental in terms of additional resources, rather than transformational.”

Brasher said key focus areas of the review will include player development, coaching and support for the coaching group, and recruiting and list management.

“The recruiting and list management area is one that’s going to be taking on a lot more importance this year because of the opportunities we have,” Brasher said.

“It’s always important, but this year we’re likely to have reasonably high draft picks, room in our salary cap and the ability to go into a period of trade, free agency and drafting with a real head of steam.”

Brasher said Essendon’s tough draw and injuries had contributed to poor results this year and predicted “real improvement” in the second half of the season.

“But make no mistake about it, we are still in development, we’re still a work in progress,” he said.

“Again, I would say to you that progress is not going to be linear, but it is going to be there.”

Campbell, who took over as CEO in 2014, had his contract extended to the end of 2024 in recent weeks.

The Bombers did not inform members of the new deal, news of which broke via the media earlier this month.

“I’ve had one or two people say to me that it was inappropriate that they should read about this in the paper before the club informed them and questioned whether we were trying to pull some sort of swift one,” Brasher said.

“To the second question, the answer is absolutely no, but I should apologise for the fact that you didn’t hear it from us first.

“But to the really fundamental question, the board unanimously agreed to extend Xavier’s contract because we believe that he is the best person to provide the stability that we need and to lead us through this next stage of our five-year strategic plan, including football success.”

Announced in December last year, the strategic plan set a target of every Essendon team – including both the AFL men’s and women’s sides – winning at least one premiership by 2026.

Fremantle coach Justin Longmuir says a decision on Nat Fyfe’s availability for this weekend will be made after Tuesday’s training session.

The Dockers captain is yet to play this season after shoulder surgery last year and ongoing back issues.

Whether the 30-year-old comes back through the WAFL or the AFL remains to be seen, but Longmuir said recent injury setbacks have made the decision more complex.

“We will make the decision (on where he plays this week) after a training session tomorrow,” he said on Sportsday.

“It is about setting him up for the back end of the year, if it was just the shoulder injury we would probably be considering him (a bit stronger) but the decision is muddied a bit because of a few setbacks.

“It has a lot to do with how he’s feeling with his body, but we’ll make that call tomorrow.

“He seems to be growing in confidence with every session he does, but we’ll see how he goes.”

If Fyfe does play AFL in Round 12, it will be in one of Fremantle’s biggest games of the season so far as they prepare to come up against the high-flying Brisbane Lions in Perth on Sunday.

West Coast great Peter Matera is lucky to be alive after a severe heart attack while chopping wood at his home in country Victoria.

Peter’s brother Phil said the presence of Matera’s wife Suzy, who raised the alarm, was crucial to his survival.

“The doctor was saying he was lucky he had someone with him and they could get him straight into the hospital,” Phil Matera told 7NEWS.

“He was chopping wood and got a few pains in his chest and luckily he wasn’t out on the tractor like he normally is.”