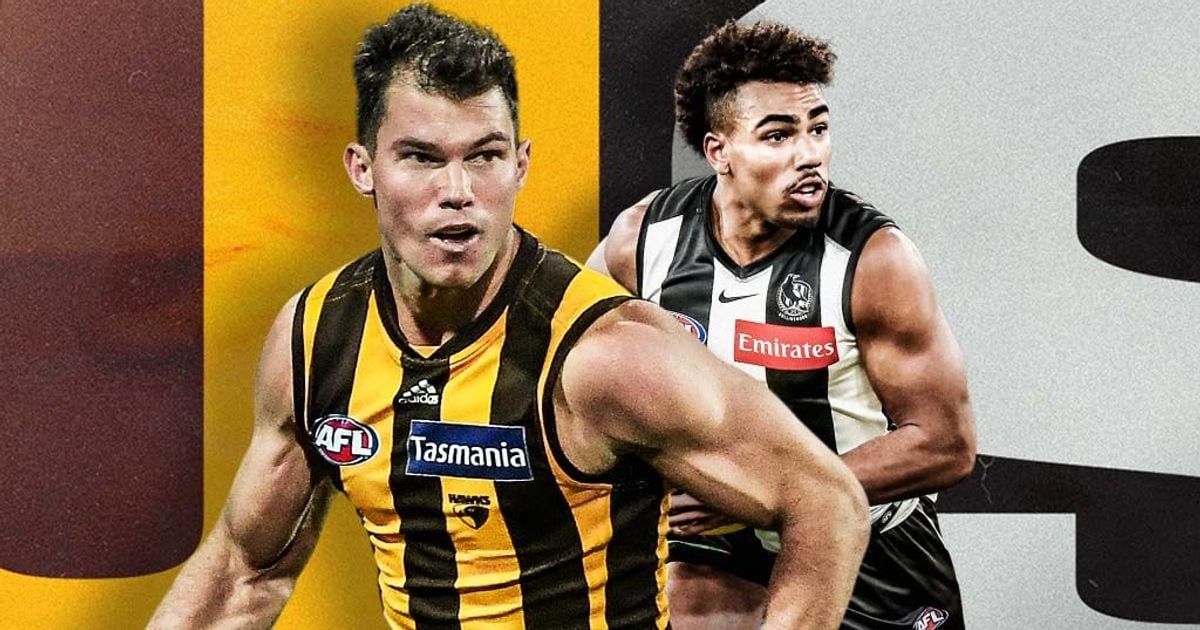 ANOTHER Sunday afternoon, another chance for Collingwood to boost its finals chances, facing Hawthorn in an MCG blockbuster.

A week after an enthralling four-point win over arch-rival Carlton, the Magpies take on the Hawks with an opportunity to improve to 7-5.

Hawthorn was eyeing off a surprise top-eight spot of its own, but has fallen to defeat in five of its past six games to slip to a 4-7 record.

Hawthorn is boosted by the returns of Jack Gunston and Jaeger O’Meara among four changes, while the Pies are settled, with Beau McCreery into the 22.

Arguably the game of the round is saved for last as Fremantle takes on Brisbane at Optus Stadium.

The Dockers confirmed they are contenders this season by ending Melbourne’s 17-game winning streak last week.

But Freo faces another huge test of its premiership credentials when the Lions visit.