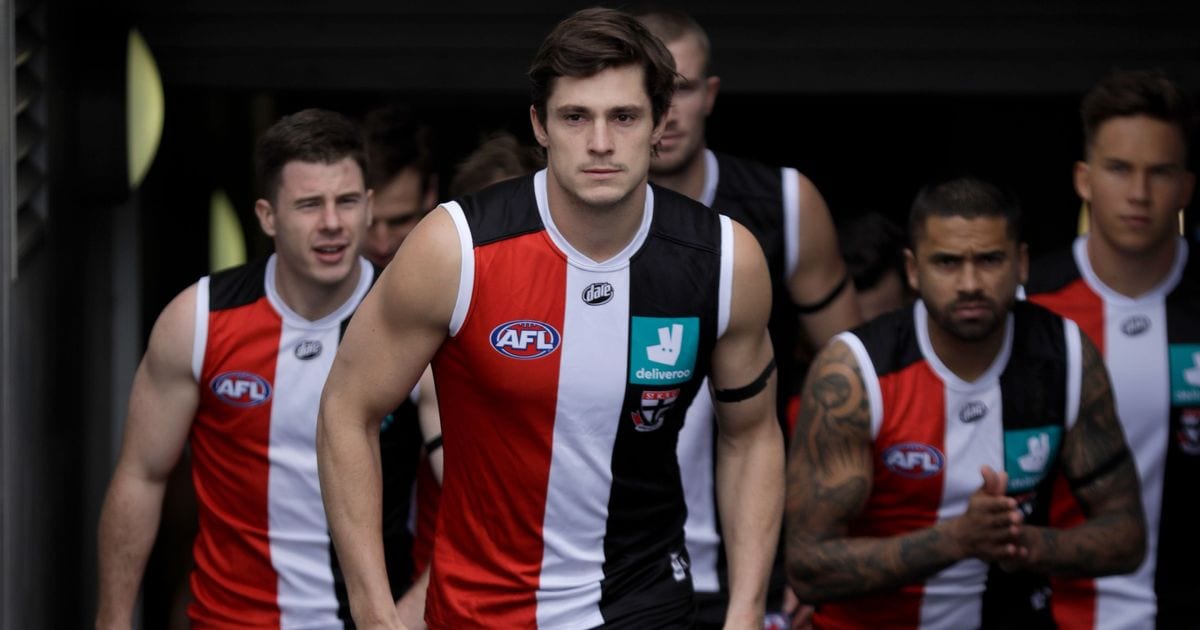 The Saints clung tightly to the Man Of Steele’s cape in what was a disappointing year for many of them. The good thing about an off year is it creates value and a couple of Sainters are certainly under priced as a result.

Jack Steele (MID, $1,018,000) Talk about break out! We all knew the man of Steele had super powers, but they were on full display last season when he averaged a new career high 121 to be the second highest averaging player in the competition. Now, although his price tag gives you images of ‘Mini Me’ at over ‘one… million… dollars’ and makes you want to put a line straight through his name… a warning: he has the easiest draw for midfielders across the competition for the first five weeks and the FOMO on captaincy scores will be real considering the guy hit 149, 157 and 162 in the back end of last season, while averaging 133.

Rowan Marshall (RUC, $752,000) After being on the verge of taking his game to the next level for a couple of years, the talented big man has been held back by injury. Although he has shown the ability to score as a forward, I feel when he returns to the number one ruckman and rests forward he will throw his hat in the ring with the likes of Max Gawn and Brodie Grundy. He finished the season with four scores over 116 in the last five rounds including a high of 139. Keep an eye on fitness and an ear to the ground regarding ruck plans with Patrick Ryder as Marshall’s average increases by over 20 without his partner in crime.

Hunter Clark (DEF/MID, $609,000) The dashing half-back has been on the verge of a break out for a number of years, but in similar fashion to Marshall he continues to be held back by injury. In fact he has never played a full season in his four-year career. Between rounds four and eight, Clark showed his top end ability with four premium scores of 95, 104, 104 and 113. On the flipside, his last three games were marred by injury and subsequent match fitness scoring just 26, 37 and 52. On the bright side, the last three scores bring his price down nicely if he has a good run during the pre season.

Jade Gresham (FWD/MID, $509,000) The sixth-year Saint had a great start to 2021 before injury ruled out what looked set to be a career-best year in round three. In round one he collected 28 possessions and took five marks for 95 and backed it up the next week with 29 and a goal for 107. Both nice scores for a player priced at an average of 61.

Nasiah Wanganeen-Milera (MID, $270,000) Taken with the number 11 pick in the Draft, Wanganeen-Milera fills a much needed void at the Saints, renowned for his outside running ability. His ball carrying stood out at all levels including the SANFL, but it was in the reserves he caught the recruiters’ eyes, initially averaging 16 disposals and four marks for 64 points per game.

Jack Billings (MID, $699,000) The former first rounder dropped his average below 90 for the first time in three years, managing just 83 points per game. Couple that with no forward status and Billings certainly won’t be high on any draft radars. At the right selection, he could be a bargain for a player capable of pinch hitting in your midfield with respectable output after scoring five hundreds last year including a high of 137. He is always a chance of picking up forward status as well, so keep a close eye on his projected role during the pre-season and rank him accordingly.

Max King (FWD, $459,000) If your Draft league gives a boost to goals and contested marks, King’s current average of 55 will quickly become relevant. He has shown that when he is on, it is almost impossible to spoil the athletic big man who kicked 38 goals last season including bags of four, a five and six.

Brad Hill (DEF, $597,000) The price and defender status make the talented speedster one to watch but you need to be aware that he is at that price for a reason. Last year he produced some extraordinarily low scores including 24, 36, 46, 47 and 49.