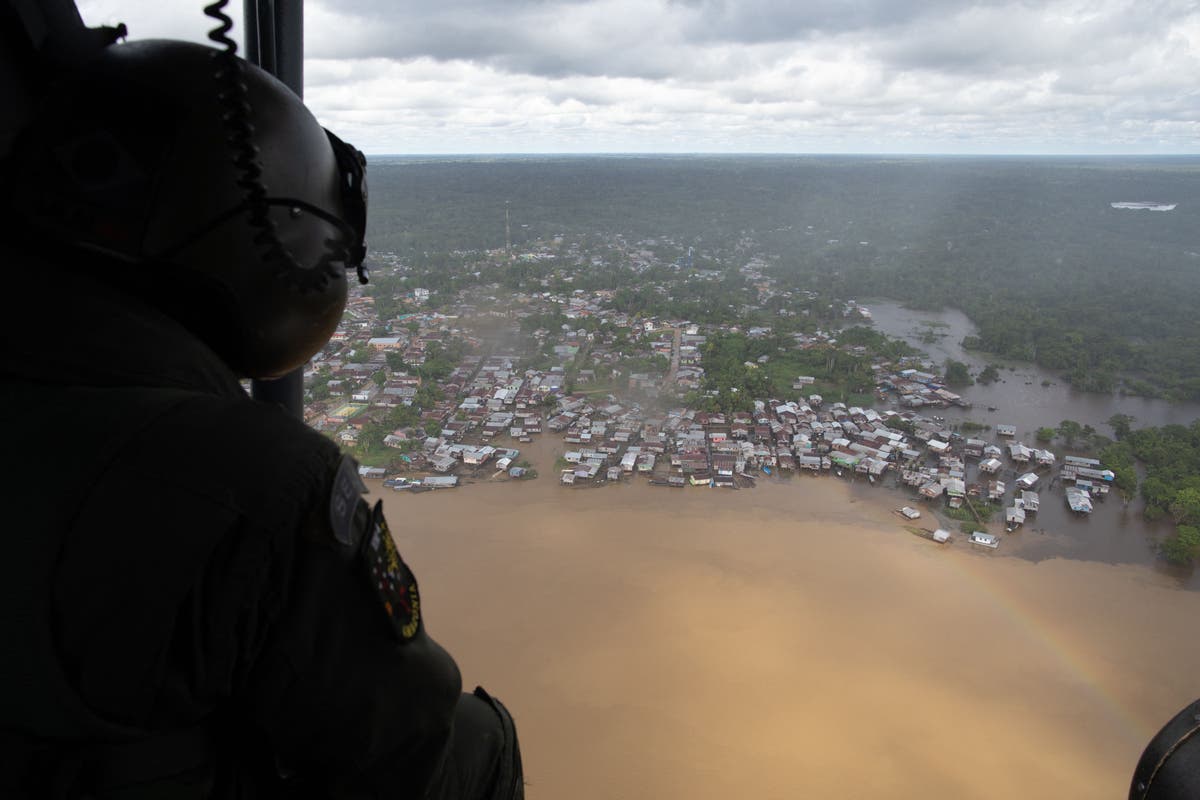 Brazilian search teams have found “apparently human” remains in the river where a British journalist was last seen in the Amazon rainforest, police said on Friday, in what may be the biggest break yet for the five-day investigation.

The “organic material” is being sent for forensic analysis, federal police said, along with blood found on a suspect’s boat that will be compared with genetic material from journalist Dom Phillips and travel companion, indigenous expert Bruno Pereira.

A Brazilian judge had ordered the suspect, a fisherman charged with illegal possession of restricted ammunition, to be held for another 30 days while police investigate whether he is involved, according to a lawyer for a local indigenous group.

State Judge Jacinta Silva dos Santos said the proceedings are under seal and she could not comment on whether other audiences are planned for the fisherman Amarildo da Costa, known locally as “Pelado.”

Police have said Costa was one of the last people to see Phillips and Pereira on Sunday, when they went missing after visiting the fisherman’s riverside community of Sao Gabriel.

Eliesio Morubo, the lawyer for the Union of Indigenous Peoples of the Javari Valley (UNIVAJA), said the judge agreed to keep the fisherman jailed for 30 days because the case involved a possible “heinous crime” such as murder and hiding bodies.

State police detectives involved in the investigation have told Reuters they are focusing on poachers and illegal fisherman in the area, who clashed often with Pereira as he organized indigenous patrols of the local reservation.

Costa’s lawyers and family have said he fished legally on the river and denied he had any role in the men’s disappearance.

The state public defender’s office confirmed Costa was being kept in police custody while authorities investigate whether he was involved in the case.

Witnesses said they last saw Phillips, a freelance reporter who has written for the Guardian and the Washington Post, on Sunday. His companion Pereira, an expert on local tribes, had been a senior official with government indigenous agency Funai.

The two men were on a reporting trip in the remote jungle area on the border between Peru and Colombia that is home to the world’s largest number of uncontacted indigenous people. The wild and lawless region has lured cocaine-smuggling gangs, along with illegal loggers, miners and hunters.

The pair’s disappearance has echoed globally, with Brazilian icons from soccer great Pele to singer Caetano Veloso joining politicians, environmentalists and human rights activists in urging President Jair Bolsonaro to step up the search for them.

After criticism that the government had dragged its feet in the crucial first days of the case, Bolsonaro told the Summit of the Americas in Los Angeles on Friday that the Brazilian armed forces were working “tirelessly” to find the two men.

The streets of Atalaia do Norte, the largest riverside town near where the men were last seen, have grown busy in recent days with soldiers in camouflaged trucks, along with the distant sound of helicopters absent earlier this week.

By Friday, some 150 soldiers had been deployed via riverboats to hunt for the missing men and interview locals.

Indigenous search teams have been looking for the pair since Sunday, Marubo said.

A Reuters witness saw a boat with police and firefighters conducting dives in a murky vegetated area along the edge of the ItacoaÃ­ River and preparing a canoe to search the shallows.