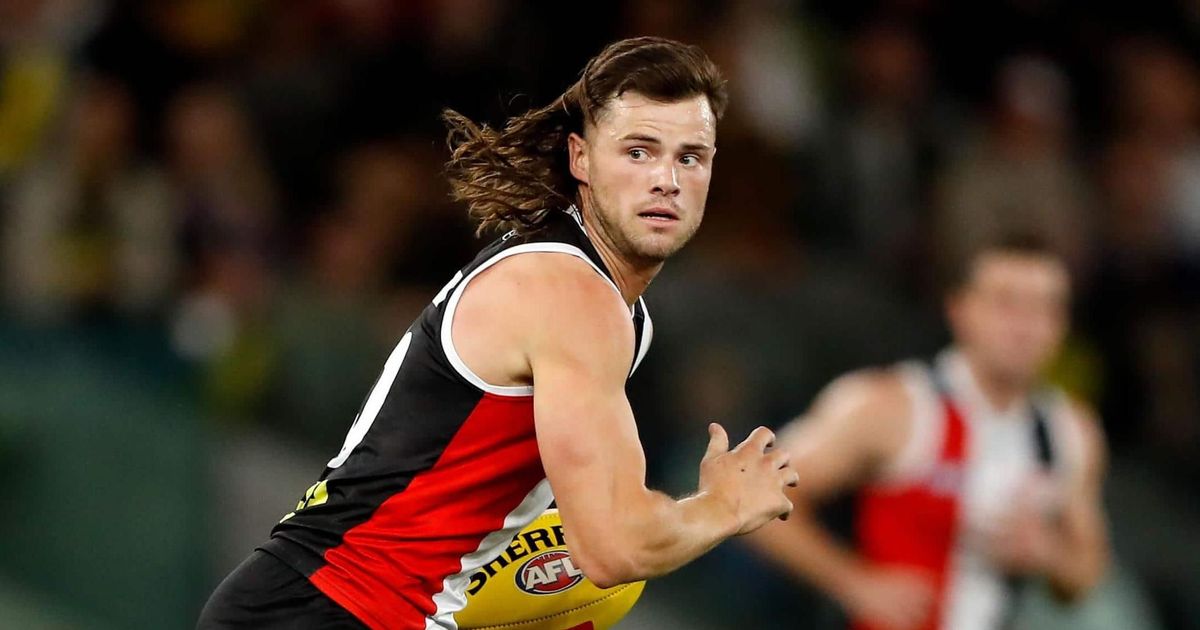 IN THIS week’s Nine Things We Learned, we discover that Jack Sinclair has played a huge role in St Kilda’s surprise resurgence, Jordan De Goey is going to get some serious contract offers and an unsung Demon could be the League’s most under-rated player, plus more round five lessons.

1. This Saint might be the League’s most improved player

Jack Sinclair has over 100 games under his belt and has been playing since 2015, but remarkably his eighth season in the League is shaping as a breakout year. The 27-year-old was primarily used as a running defender in the past two seasons, but has made a permanent move to the midfield with devastating results. His run and carry is a key feature of the Saints’ attacking plan and he racked up a game-high 524m gained from his 27 possessions in Saturday’s win over Gold Coast. Sinclair is now averaging just over 27 touches a game and a tick under 500m gained per game. – Ben Sutton

2. Jordan De Goey is going to get some big contract offers

One of the biggest names left in the 2022 free agency class, Jordan De Goey added a few dollars to his value against Brisbane on Thursday night. The mercurial Magpie kicked four goals from 21 disposals that included four clearances and a match-high eight inside 50s. With some off-field indiscretions over his career perhaps making it difficult to assess his true worth, De Goey has done everything possible during the first five rounds to attract interest from opposition clubs, and is sure to field some hefty offers with his consistency starting to complement his power and match-winning abilities. – Michael Whiting

3. Forget Cripps and Walsh – this big man might be Carlton’s MVP

Carlton hasn’t lost while Marc Pittonet plays this year. While he was far from the Blues’ most influential player on Sunday afternoon, Pittonet comfortably had the better of opponent Sam Hayes, with his dominance at stoppages gifting first use to Carlton’s mids – in particular new Blue George Hewett. Pittonet has missed just one game this year – the Blues’ only loss. Coincidence? Probably not. In that game, stand-in ruck Tom De Koning was monstered by Gold Coast skipper Jarrod Witts, with the Blues’ midfielders struggling to get a clearance. With Pittonet in the ruck on Sunday, the shoe was on the other foot. The Power just couldn’t get a hand to the ball at stoppages, with the Blues’ onballers running rampant early. The Blues’ engine room is stacked with talent, but Pittonet is looking like the crucial cog. – Sophie Welsh

4. The Swans might have the best youngsters in the League

Missing chief goal scorers Lance Franklin and Tom Papley, along with No.1 ruckman Tom Hickey and rested veteran Josh Kennedy, the Swans didn’t miss a beat in their big win over West Coast. Youngsters Justin McInerney (24 disposals), James Rowbottom (23 disposals), Chad Warner (20 disposals) and Errol Gulden (27 disposals) – who are all 21 or younger – all stepped up to ably support best afield Callum Mills and uber consistent Luke Parker. Forward Logan McDonald, 20, also impressed in Lance Franklin’s absence with two goals and three goal assists. Sydney surprised plenty making the top eight last year but, at 4-1 and with a young list, this is a group which is here to stay. – Ben Somerford

5. Charlie Spargo is one of the most underrated players in the AFL

It is easy to get lost in the galaxy of stars at Melbourne but Spargo is worth more recognition than he gets. It was evident again on Saturday night as the Demons trampled over Greater Western Sydney, with Spargo quietly finding 22 disposals and a goal in another typically understated yet important role. Spargo’s hard running up and down the ground and his forward pressure and sharp foot skills make him a crucial player in the Demons’ mix, even if the premiership player will probably never get the kudos for it externally. The best sides have always had their players who are more highly regarded within than from outside and Spargo fits that bill in this dominant Demons outfit. – Callum Twomey

6. Ball-magnet Baz is thriving on the hype

Bailey Smith’s profile has exploded since his scintillating finals – he finished fourth in the Gary Ayres Medal following a dominant burst – but the hype doesn’t seem to be affecting his football. The 21-year-old has started the season with 33, 31, 36 and now 43 disposals – six more than his previous best – in a best on ground performance on Good Friday. While other midfielders have generated more praise across the first five rounds, no one is averaging more touches than the Victorian, who is averaging 35.8 disposals and 6.5 inside 50s after missing round two due to injury. Smith tormented North Melbourne at Marvel Stadium on Friday, finishing with nine score involvements, seven inside 50s and 646 metres gained in a performance that attracted plenty of praise from Luke Beveridge post-game. Not hard to see why brands are clamouring to get the Bulldogs star to sign with them. Now the Dogs need him to sign on the dotted line. – Josh Gabelich

7. Are we finally seeing more than the tip of the ‘Ice-berg’?

Adelaide has been looking for a key forward to take the reins from Taylor Walker for a while and it looks like Elliott Himmelberg may at last be staking a legitimate claim on the role. With his white-blond hair shining in the autumn sunshine, Himmelberg slotted four goals against Richmond, backing up another bag of four a fortnight ago, and finally seems to be finding his feet six years into his AFL career. Maybe it’s easier with Walker standing next door, maybe it’s easier with Josh Rachele buzzing round at his feet. Whatever the reason, the Crows will be hoping Himmelberg can be the core of their forward half for a few years yet. – Howard Kimber

It would appear the change of scenery has been the perfect tonic for Will Brodie. A top-10 pick in the 2016 NAB AFL Draft, Brodie is in red-hot form. Having averaged just under 18 disposals per game in 25 matches over five seasons with Gold Coast, the 23-year old is averaging more than 25 disposals in his new colours. A week after racking up a career-best 37 possessions against the Giants, Brodie was one of Fremantle’s best in its big win against Essendon, finishing with 26 disposals at 88 per cent efficiency. The Dockers gave up a second and a fourth-round pick in the 2022 draft for Brodie; that’s extremely good business. – Trent Masenhelder