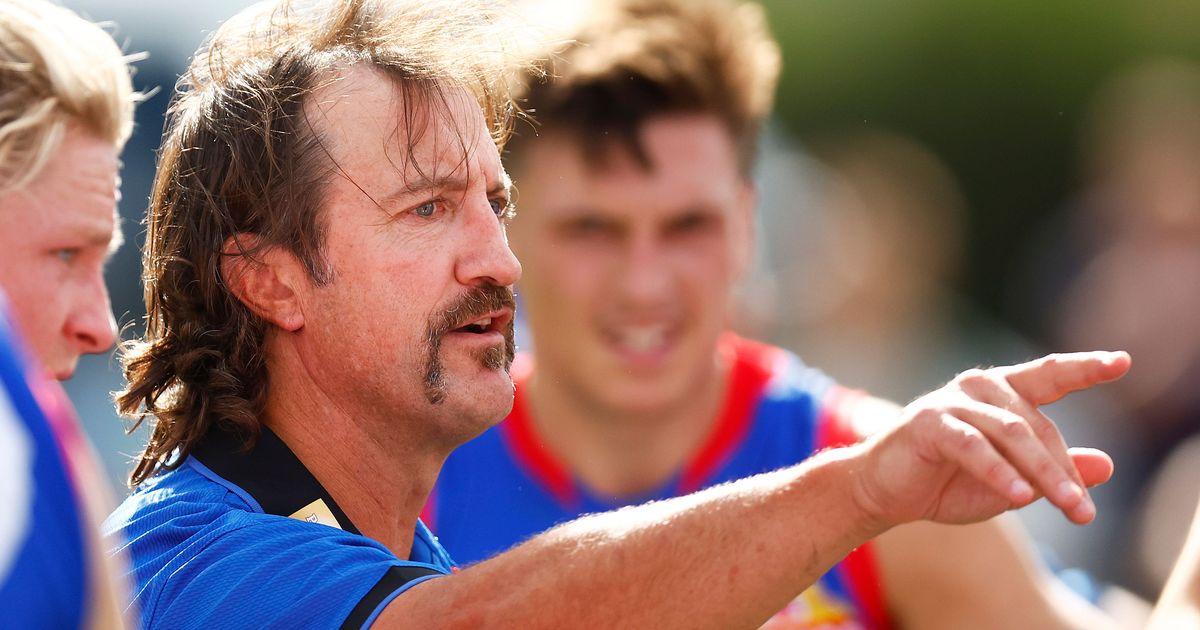 CHE Guevara is not a name one would expect to be mentioned at a season launch, but Western Bulldogs coach Luke Beveridge is known for producing the unexpected.

Beveridge has been digging deep into his well of themes since he arrived at the end of 2014 and instantly helped rebuild the club, ending a 62-year premiership-drought within two years before leading the Dogs back to another Grand Final appearance last season.

The 51-year-old covered a wide range of themes in a short seven-minute speech at Federation Square on Monday night, mentioning Russia’s invasion of Ukraine, climate change and how the world will recover from the coronavirus pandemic.

But most relevant to those in the room who spend most of each week at the Whitten Oval – the players, football department staff and the administration – Beveridge wants the club to draw inspiration from the famous Marxist philosopher Rosa Luxemburg, social activist Mahatma Gandhi and the Argentinian-born revolutionist Guevara.

Beveridge challenged the Western Bulldogs to make a deep September run again and not fail to a win a final for five years, like they did after the 2016 success, and to become a powerhouse club across the board, from membership to commercial and beyond.

“Che Guevara in his Motorcycle Diaries says to be a revolutionist you firstly need a revolution. He’s right, of course, but someone or some group needs to start the revolution,” Beveridge said at Zinc in Federation Square on Monday night.

“On a more football-centric scale our Bulldogs revolutionary intent is to establish ourselves as a benchmark of this competition over a sustained period of time and through this generating a groundswell of support that challenges the highest memberships in the competition, incites the broadcasters of the game and nurtures partnerships with existing and potential people and entities.”

The club has had to fight hard for major sponsorship deals in the past, but find themselves in a strong position with Mission, Victoria University, Asics and Ballarat all partners.

Now Beveridge, ahead of his eighth season at the helm, wants the Western Bulldogs to enjoy sustained success in every facet, capitalising on the high-quality list the club has at its disposal right now, one that had them in a commanding position in last year’s Grand Final.

“At times we’ve been on our way in our revolutionary journey, but we haven’t been able to sustain it. The choice is to take up the responsibility and hunt down this sustainable period of success is what we’re confronted with,” he said.

“In these times where we’re processing the inherent effects of COVID, its uncertain legacy and the future, the uncertainty about the environment, the carbon footprint worldwide and now the atrocity of the Russian advancement on Ukraine there are questions we ask of ourselves. What kind of person am I? And what would I do if I could influence some of these significant events that will threaten our futures?

“I can say that I have great confidence in the fact we have exceptional people who are searching for their own personal power and their own capacity to firstly make the choice and take up the challenge for our club and secondly to be someone we can rely on to be first-class citizens and influence society in the way our community foundation does.”

And with that, Beveridge ended a speech that started by him chuckling about his current appearance resembling Hulk Hogan minus the blonde hair.

Following Beveridge’s speech, captain Marcus Bontempelli was made a life member of the club, along with recently retired Lin Jong and premiership player Lachie Hunter.

The Western Bulldogs will host Brisbane at Marvel Stadium on Friday night ahead of the Grand Final rematch against Melbourne on the opening night of the 2022 season.