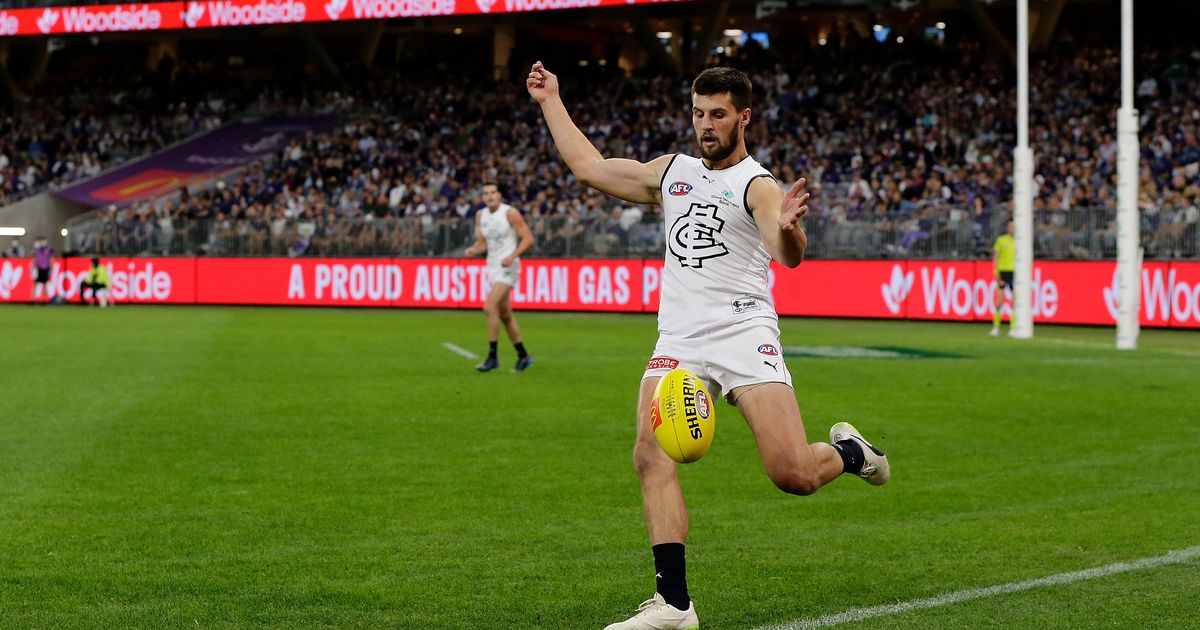 CARLTON is counting the cost of a brutal loss to Adelaide last Saturday night, with Nic Newman to miss the remainder of the home and away season and Corey Durdin and Matt Kennedy also facing a race against the clock to return.

Newman suffered a deep laceration to his knee and underwent a procedure earlier this week to close the wound, with the Blues expecting the defender’s cut to take an extended period to heal.

He will subsequently miss crucial season-defining matches against Brisbane, Melbourne and Collingwood, with small forward Durdin and tough midfielder Kennedy others battling to return in time for the pivotal three-game stretch.

Durdin was substituted out of the loss to the Crows with a shoulder injury and will miss at least a week, while Kennedy has entered the AFL’s 12-day concussion protocols after a significant collision later in the game that also left him with a fractured jaw.

Kennedy’s injury will see him miss at least a fortnight, though Carlton officials are holding out hope the inside midfielder will be able to return in time for a potentially must-win fixture against Collingwood in round 23.

Liam Stocker will not be an option to replace Newman in the backline after entering the AFL’s 12-day concussion protocols after a knock in the VFL, though Jack Martin returned from a calf injury through the reserves last weekend.

Fellow important midfielder George Hewett is also expected to miss this week’s trip to the Gabba to face the Lions, as his recovery from an ongoing back injury continues to linger into a third week.

Carlton’s disappointing 29-point loss to the struggling Adelaide last Saturday night leaves the club’s finals chances in limbo, with the Blues likely needing at least one victory from their final three matches to secure a top-eight berth.