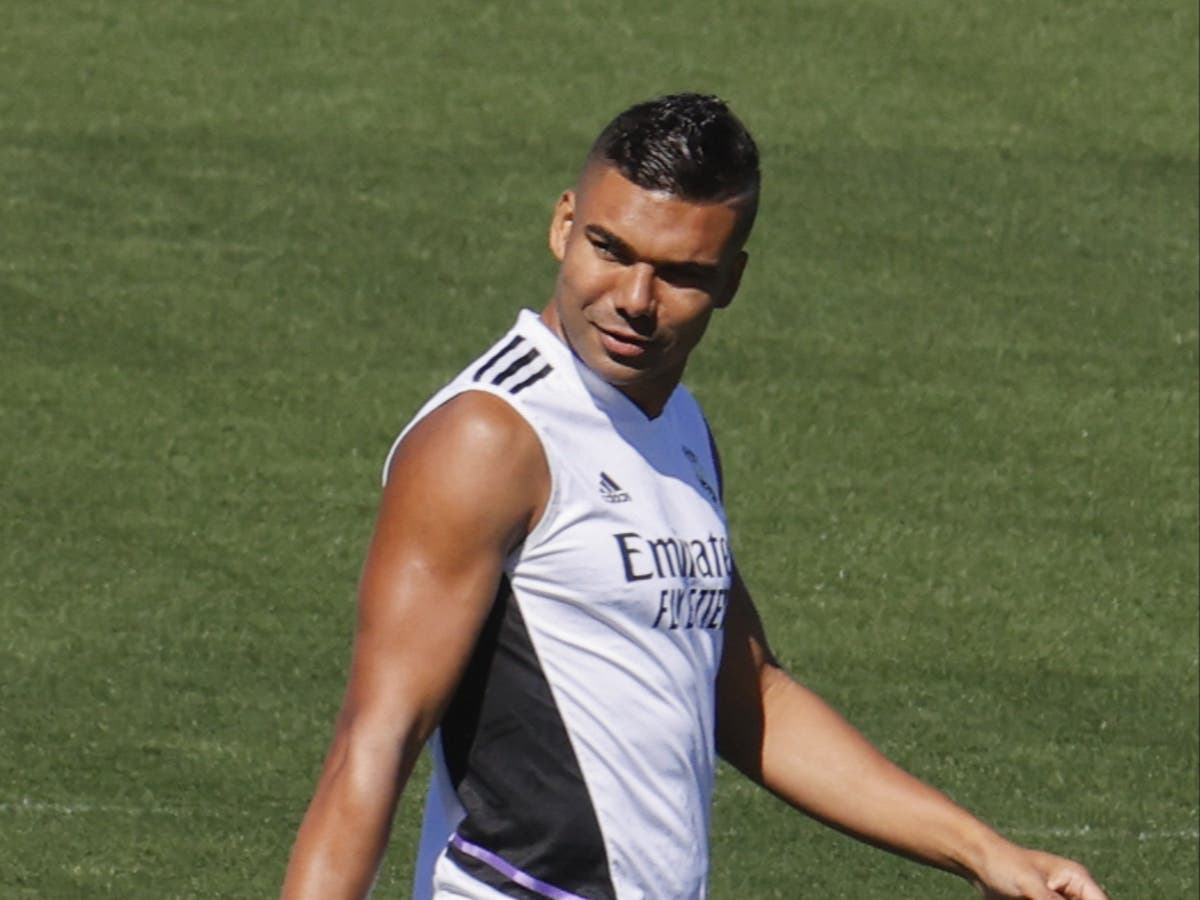 The 30-year-old is set to sign a four-year deal at Old Trafford as new boss Erik ten Hag finally secures the defensive midfield reinforcement he has been desperate for all summer.

United have agreed a fee in the region of €60m with Real Madrid, plus an additional €10m in add-ons.

Ten Hag said he “cannot tell anything” when asked about the Brazil international in United’s press conference on Friday, but Madrid boss Ancelotti was more forthcoming when speaking to the media in Spain.

“Casemiro wants a new challenge and we understand his feeling, I do not think there is a way back,” Ancelotti told a news conference on Friday.

“I have spoken with him. Casemiro, for what he has done and the person he is, we must respect that desire. The negotiations are ongoing right now, it is not official yet, he is still our player but his will is to leave.”

Ancelotti is disappointed to lose a player who has been so central to the club’s success of recent years but believes he can be replaced.

“Real Madrid loses a player that has linked really well with the other midfielders with more quality, (Luka) Modric and (Toni) Kroos. He is important and has been key to Madrid’s success,” he added.

“If there is agreement, we will wish him the best and look at what we have in the club to replace him.”

The Brazil international will hope to help United hit back from a miserable start to the 2022-23 season, having lost both of their opening Premier League games.

United currently sit bottom of the table and efforts to add more depth to Ten Hag’s squad have intensified in the wake of chastening defeats to Brighton and Hove Albion and Brentford.