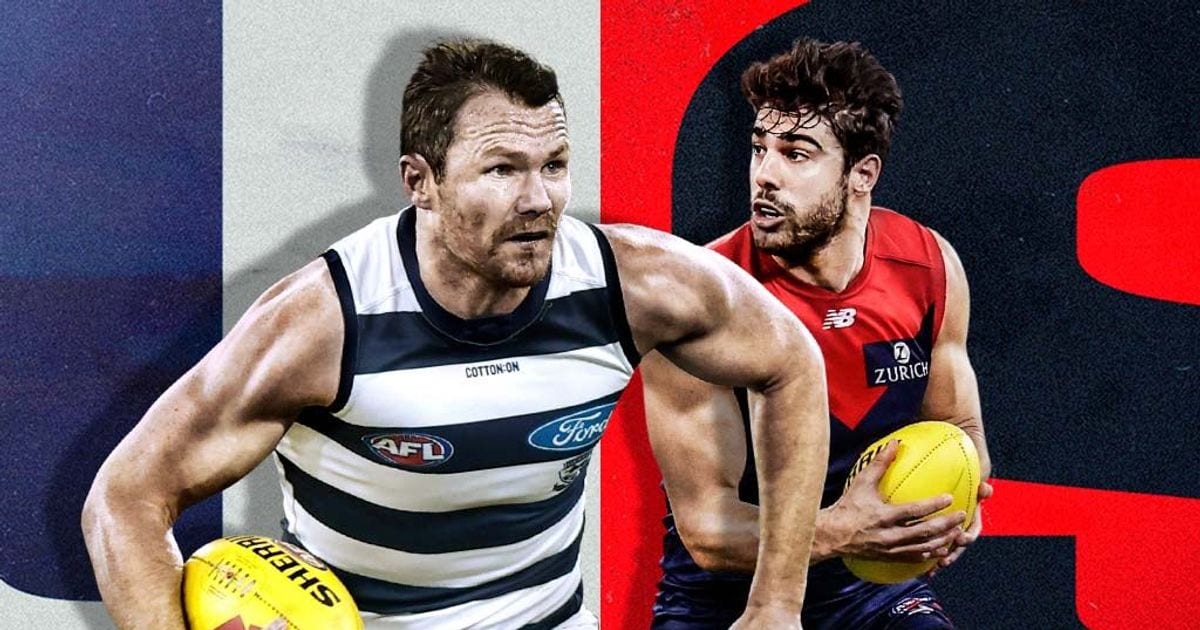 COULD this be the Toyota AFL Grand Final preview?

Geelong is set to host Melbourne in a Thursday night top-of-the-table blockbuster at GMHBA Stadium.

The Dees have recovered from their mid-season stumble to win their past two games and sit one win clear atop the ladder, while the Cats are looking to chalk up their seventh straight victory – a win that could potentially see them dethrone Melbourne and claim top spot.

Both sides will be bolstered by key inclusions on Thursday night.

NAB AFL Rising Star contender Sam De Koning will also return for the Cats after he was a late withdrawal for the match against North Melbourne.