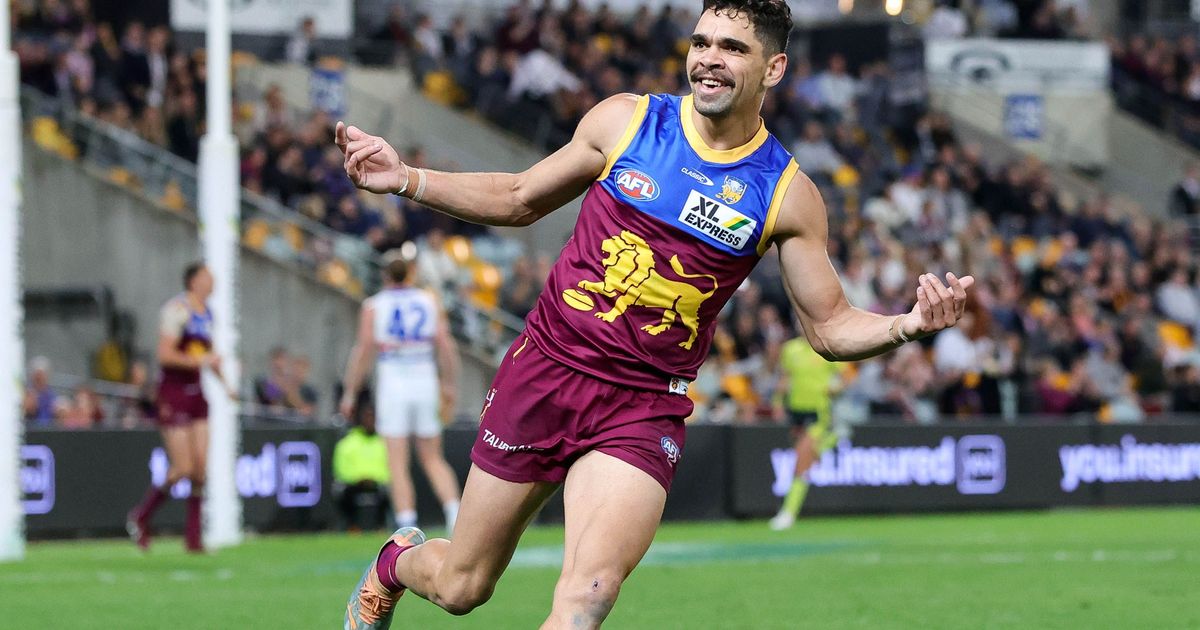 CHARLIE Cameron wants to be as prepared as he can be for what the opposition is going to throw at him every week. So much so, that the Brisbane Lions matchwinner even enlists the help of some of his small forward contemporaries around the AFL to get ready for what’s to come.

After kicking four goals in an electric best-afield display in last week’s win over the Western Bulldogs, Cameron then got on the front foot, messaging Sydney small forward counterpart Tom Papley. Papley was set to play Essendon, who face the Lions this Sunday, and Cameron was keen to keep an eye on which Bombers backman would be heading his way.

“I spoke to ‘Paps’ on the weekend because obviously we have Essendon this week, so I said ‘Let me know how you go’,” Cameron told AFL.com.au.

“I do reach out to a few players, but we have some good small forwards at our club as well who are playing some good footy this year as well. It’s a tight race for the best small forward, but it’s enjoyable and keeps you on your toes if you want to be the best in the game.”

Cameron is right there. He has kicked 35 goals this season – the most of any small forward – but has also added some more defensive elements to what he can offer the Lions. The former Crows forward knows when it comes to their premiership ambitions, his is a crucial role.

“I do read a bit in the media [about my form] and the thing I can control is that I’ve been pretty happy with my pressure this year. Over the last couple of years it’s more been about goals, but I’m trying to get four to five tackles a game this year – that’s been my goal at the moment with ‘Fages’ (coach Chris Fagan) wanting me to give pressure,” he said.

“It’s bringing me back to the Adelaide days when I was a pressure small forward and I think I’ve impacted with my pressure more than my offence this year.

“People expect me to kick goals but it’s also about my pressure and I just love tackling at the moment, and on the weekend I gave a few goals off which I was pretty happy with as well and bringing others into the game.”

In fact, Cameron’s double act of four goals and five goal assists last week put him in extremely rare company. Champion Data statistics show he was the first to achieve that mix since Giants gun Toby Greene in round five, 2016, and only the seventh player to do it since goal assists started being recorded in 2003.

Cameron’s season ranks him as elite in goals, forward 50 marks, forward 50 groundballs and AFL Player Ratings, and above average in score assists, score involvements and tackles. He is also on track to go close to surpassing his career-best tally of 57 goals (in 2019) if the Lions go deep into September, even if his teammates were wondering why he passed so many against the Bulldogs.

“It’s good to see other blokes kicking goals. Everyone was like ‘Why did you hand ’em off?’ and I said ‘Nah nah, I’ve kicked a few’, so putting other people in better positions and having a shot is good,” Cameron said.

“We want to bring that selfless mindset of having the best option going forward and I was able to put others in a better position and was able to get a kick out of that and put a smile on my face.”

Cameron has a knack of putting the smile on others’ faces. He is the Lions’ chief entertainer, a showman with a spread of celebrations and a crowd favourite with an array of goalkicking hits. It should be no surprise then that this week, on his 28th birthday, he went to the new Elvis movie.

His scintillating mix of skill and speed changes games, and last week the Lions worked to get him one-out against Dogs opponent Anthony Scott.

“I didn’t think I’d get Scott on the night. I thought I would have got (Hayden) Crozier, so I tried to make the most of my match up and obviously with the Doggies they try to play a system, but we tried to isolate them on the night. Our ball movement against Melbourne was a bit slow and we tried to take the game on and switch the ball around the Doggies and penetrate going forward,” he said.

“When I get the ball in my hands I want to be damaging and have an impact.”

Cameron was Brisbane’s spark, revealing the club had watched a highlights tape of Demons star Jack Viney’s performance from their previous week’s loss to Melbourne to get things on track.

“We had a good chat on Sunday after the Melbourne game and watched some footage and even watched Jack Viney’s highlights to show that he was committed to the contest and intent on the ball,” Cameron said.

“It’s the first time this year [we’ve done that on a player], but the way [he] played against us was pretty inspirational so I guess we wanted to look at that. It was more his mindset for the contest, his hunger. I thought we brought a bit of that ourselves and did it.”

Cameron is but one member of a firing Brisbane forward line that is the highest scoring side in the competition this season. But in a tight battle for top-four positions, they know this week’s clash with the Bombers at the Gabba can’t be taken lightly after Essendon’s win over Sydney last week.

“We understand it’s a tight competition, which is good. There’s obviously good sides below us and above us at the moment and Essendon had a good win on the weekend and you’ve got to be able to match them,” he said. “You can’t take your foot off the pedal.”

Cameron has become renowned for his foot on the pedal motorbike goal celebration, and last week his heroics also saw attention turn to his song-of-choice at the Gabba after his goals, with John Denver’s ‘Take Me Home, Country Roads’ blaring through the speakers. There might be a change in the air this week, though.

“I had Baby Shark last year and people didn’t like it, then I went to Savage Garden and now it’s Country Roads,” Cameron said. “I was thinking about changing it up this week maybe if I kick some goals.”