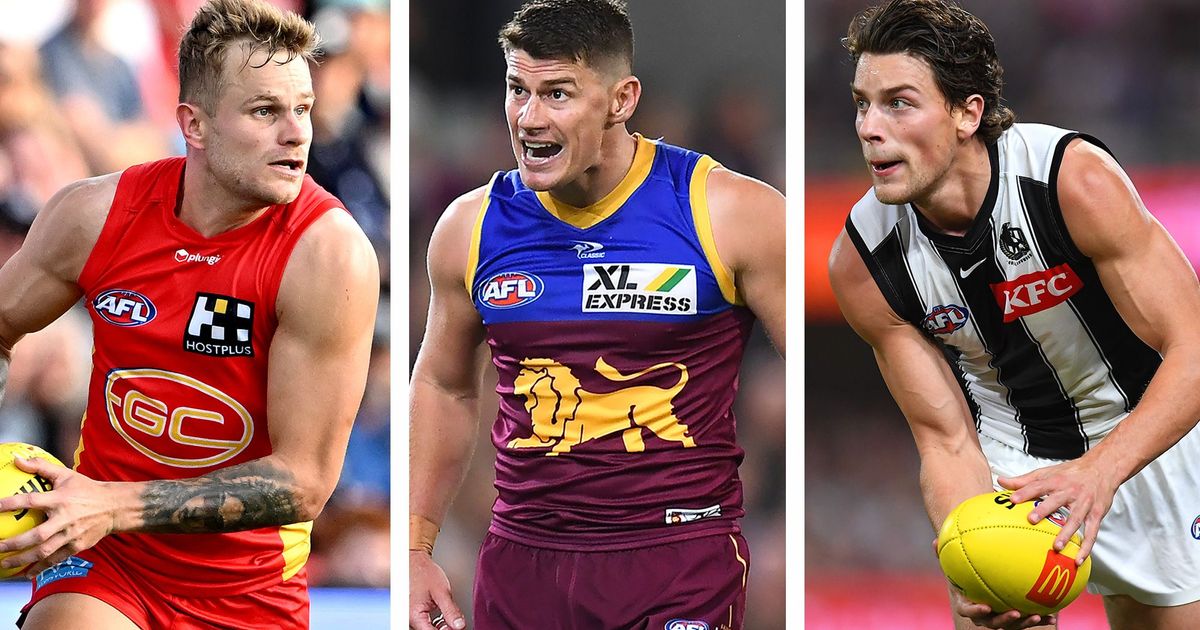 THE FIRST of three dual-position player updates have landed, and some handy flexibility has opened up for Toyota AFL Fantasy Classic and Draft coaches.

Champion Data, the official stats gurus of the AFL, not only count the Fantasy points but also name players’ positions based on their roles in games.

Starting positions are based on what happened in 2021. If a player plays in a second positions for more than 35 per cent of the time, they are classified as a dual-position player (DPP). For example, Jordan De Goey, Dustin Martin and Jake Stringer are listed as MID/FWD due to their time being split between playing as midfielders and forwards.

Five rounds into the season, the team at Champion Data have crunched the numbers to update positions of players initially listed with a singular position to have DPP for the rest of the season.

The next update will occur before rounds 12 followed by the final set of additions ahead of round 18.

Players in the backline have been some of the better performers this season for Fantasy Draft owners but it’s never a bad thing to add more depth!

Nick Daicos has been the one many Fantasy Classic coaches have been waiting for as he can ride out quite a few weeks as D6 (or better). Daicos’ average of 94 comfortable places him in the top 10 defenders on average after five rounds.

If Brandon Ellis or Luke McDonald are available in your Fantasy Draft league, jump on now. They have only been selected in just over 50 per cent of leagues.

It’s all about flexibility when a player picks up MID status.

A lot of these players would have been snapped up in Fantasy Draft as they have been playing midfield and, in most cases, their numbers have benefited from the role change. It’s handy to have these guys to flick around between the midfield and their original position when injury and suspension calls, but the main play is to keep them in the harder to fill line.

Just the one player has added RUC status, North Melbourne’s Tristan Xerri. He’s taken over from Todd Goldstein as the club’s No.1 ruck and has been a profitable cash cow for those who started with him. Now he is handy to flick into the ruck line if needed.

The most additions came from the forward line; a position that Fantasy Draft coaches will be most happy about.

On Draft day, the common theme was how quickly the quality of the forwards dropped off but now, there are a few names to add to the list, some of which have rocketed into on-field roles in Fantasy Draft teams.

New Pie Patrick Lipinski hasn’t quite hit the numbers many expected from him, especially after scoring 117 in round one. His FWD status softens the blow for Classic owners as they can place him there rather than taking up a midfield spot.

Rookies Connor MacDonald and Jackson Mead can help Classic coaches flick them with the likes of Josh Rachele on the bench.