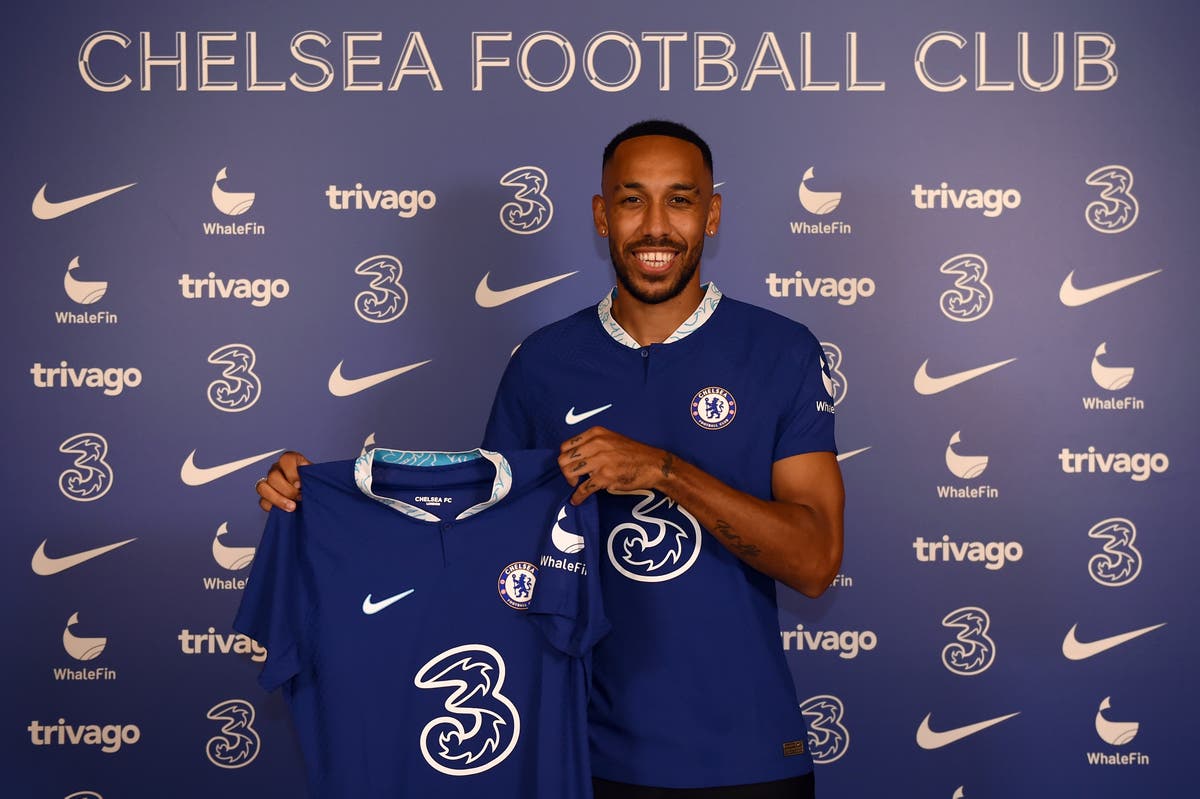 Chelsea have signed the former Arsenal captain Pierre-Emerick Aubameyang on a two-year deal from Barcelona, with the striker declaring he has “unfinished business with the Premier League” upon his return to London.

After weeks of negotiations, Chelsea finally agreed terms with Barcelona on a deal that should see the Spain left back Marcos Alonso move in the other direction, plus a fee.

The deal was confirmed after midnight on deadline day and is expected to be followed by the loan signing of midfielder Denis Zakaria from Juventus.

Barcelona had been keen to part ways with Aubameyang, who was signed by the Spanish club in January after he was dropped by Arsenal manager Mikel Arteta, due to their financial difficulties and the arrival of Robert Lewandowski.

Chelsea manager Thomas Tuchel wanted to strengthen his attacking options following the departures of Romelu Lukaku and Timo Werner and is reunited with the striker he previously coached at Borussia Dortmund.

According to The Independent’s Miguel Delaney, Aubameyang’s camp and Barcelona were forced to compromise on their demands in order for the deal to get over the line before the transfer deadline.

Aubameyang will sign a two-year contract with the option of a further year.

The 33-year-old said: “I’m really happy. It’s an honour to be part of this team and I can’t wait to start. I have some unfinished business with the Premier League so it’s good to be back and really exciting.”

Aubameyang scored 68 Premier League goals in 128 appearances during a four-year spell with Chelsea’s London rivals Arsenal, but was stripped of the captaincy and dropped by Arteta last season due to disciplinary reasons.

The Gabon international scored 11 goals in LaLiga following his move to Barcelona but has made only one appearance this season following the arrival of the Ballon d’Or winner and former Bayern Munich striker Lewandowski.

Aubameyang could face an initial spell on the sidelines after he suffered a jaw injury while defending his family from robbers who broke into his house in Barcelona on Sunday. According to reports in Spain, Aubameyang suffered a fractured jaw and could be out for three weeks.

Chelsea’s owner Todd Boehly said: “Pierre-Emerick is an elite striker with a proven track record in the Premier League and his arrival strengthens our squad, giving us new attacking options. We are thrilled to have Pierre-Emerick on board with us in the new era at Chelsea and we’re really looking forward to working with him.”