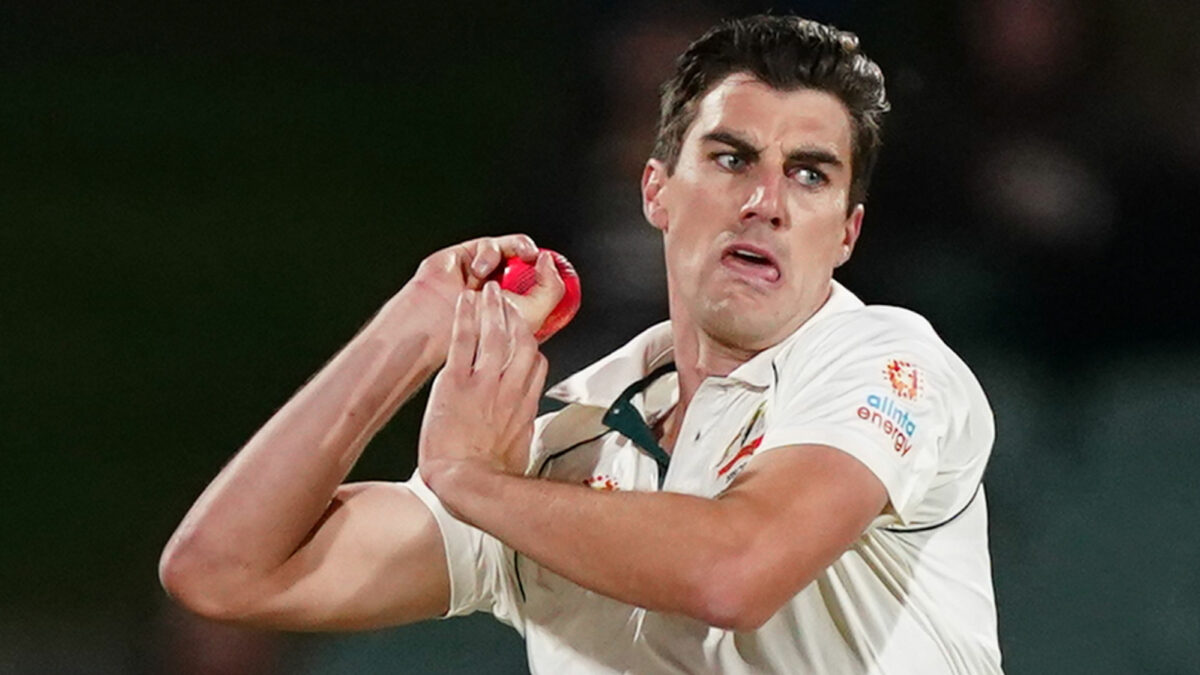 Australian Test captain Pat Cummins says he’s grateful he won’t be a part of the selection process for the upcoming series against Pakistan, with fellow fast bowlers Mitchell Starc, Josh Hazlewood and Scott Boland all vying for two or perhaps even one spot in the XI.

Speaking after Australia’s touring squad touched down in Pakistan for the first time in 24 years, Cummins forecast some ‘unlucky decisions’ in store for the first Test in Rawalpindi on March 4.

“It’s going to be a tough one… it’s one of the blessings of having 15, 16, 17 guys who have all performed recently,” Cummins said of the looming selection headache.

“Scotty Boland came straight in and bowled fantastically; we know how good Josh [Hazlewood] is, Starcy [Mitchell Starc]. You think of us four quick bowlers and you can only probably pick three, so I’ll leave it up to the selectors.

“There’s going to be some unlucky decisions made, but that’s professional sport.”

Further muddying the waters is the possibility for leg-spinner Mitchell Swepson to receive a long-awaited Test debut in partnership with Nathan Lyon.

However, Cummins maintains any moves towards a twin-spin bowling attack won’t be made lightly.

“In unknown conditions, the real changes over here in the subcontinent is normally over two spinners or three quicks,” he said.

“We’ll get out to the ground in the next few days and have a look – there are some unknowns but there’s also been some Test cricket over here.

“We’re really confident in our squad that we have all bases covered. I think you don’t need to look into it too deeply unless the conditions are really telling you something else.”

Australia arrives in Pakistan with a sizeable security contingent in tow, with reports that as many as 4000 police guarding the team hotel and the Rawalpindi Cricket Stadium.

Tours to the country have only recently begun to be scheduled again, with a terrorist attack on a Sri Lankan team bus in 2009 causing a decade-long wait for international matches to return.

“We’ve been really well looked after by the PCB upon arrival, lots of security straight off the plane, straight to the hotel,” Cummins said of the team’s arrival in Pakistan.

“We’ll pretty much be confined to the hotel other than games and training. It feels really good – I’ve travelled to India and places like that a lot where you probably don’t leave the hotel too much, so we’re used to it.

“That [safety] was one of the big factors that we wanted to be really thorough on before arriving here – not only security but biosecurity. Everyone’s done a fantastic job, we feel like we’re here and can just concentrate on the cricket.

“We can really enjoy our first tour here in 24 years, there’s no distractions other than the cricket.”

Even before then, Australia had long been hesitant travellers. The last time Cricket Australia sent a team to the country was in 1998, when captain Mark Taylor’s infamous unbeaten 334 and strong bowling contributions from Stuart MacGill helped the visitors clinch the three-match series 1-0.

Cummins was quick to praise Pakistan as an ‘incredible cricket nation’, and expressed pride in being able to reciprocate a tour to the country.

“We feel lucky that we get to come back here after basically a whole generation didn’t get that opportunity,” the captain said.

“I think a combination of having more and more cricket here has meant that not only can we get back here to play a game, but we’ve got three Test matches, ODIs a T20.

“To come back and have a full tour is just tremendous, and we know how fantastic Pakistan have always been.

“We’re fortunate that they’ve come out to play us in Australia, so it’s great we can return the favour and play here.”

Cummins remained tight-lipped over any changes made to the game-plan following the controversial departure of former coach Justin Langer.

“I’m not sure, to be honest,” Cummins said when asked about any radical differences in the team’s set-up.

“Andrew McDonald will come in as interim coach and have a seat at that table, so I doubt you’ll be seeing any huge changes.”

Pakistan will field a new-look team for the series, with experienced spinner Yasir Shah and wily seam bowler Mohammad Abbas among the names excluded from the squad.

Cummins said the lack of knowledge of some of his upcoming opponents makes for a refreshing change in an area of detailed analysis and research.

“One thing with a Pakistan team is that you’ve always got a lot of young guys that come through and shine straight away. You’ve seen a lot of fast bowlers in recent years who have stood up, especially in white-ball cricket, so it’s a new challenge.

“Some batsmen we haven’t played against, so we’ve done a bit of research and we’ll look deeper as we get closer to the games.

“It’s going to be interesting.”

With under a week for the squad to acclimatise before the first Test begins on Friday, Cummins was quick to quash concerns the team’s late arrival will leave them under-prepared, citing a week-long training camp back in Melbourne as providing more than enough on its own.

“In terms of the preparation, we knew what the lead-in was going to be, so we thought we could achieve a lot of it back home,” Cummins said.

“We had a really good week in Melbourne, had some really good specific sessions. We had spinning wickets, we had reverse-swing bowling sessions.

“We feel really well-suited, one quick flight and we’re here and feeling fresh. It’s perhaps not as long as some other tours, but we think with four good days of training, we’ll be right.”

Cummins, alongside fellow quicks Hazlewood and Starc and batter David Warner, won’t be sticking around for the limited-overs portion of the tour, a move which drew the ire of former great Matthew Hayden.

Hayden accused the group of ‘cherry-picking’ when they represent their country, and called for them to receive pay cuts for withdrawing.

Cummins has defended the decision, citing it as necessary to ensure they remain mentally and physically sharp for a taxing 12 months, which includes tours of Sri Lanka and India and a home T20 World Cup.

“It’s a really packed schedule – we’re playing 15 days of Test cricket in the space of 20-odd days, and then going straight into three one-dayers,” he said.

“If that was played in Australia or anywhere else in the world, I don’t think you’d see the fast bowlers play them anyway. It’s too big a workload, in what we know is a 12-month assignment as an international cricketer.

“It’s just the nature of the schedule.”