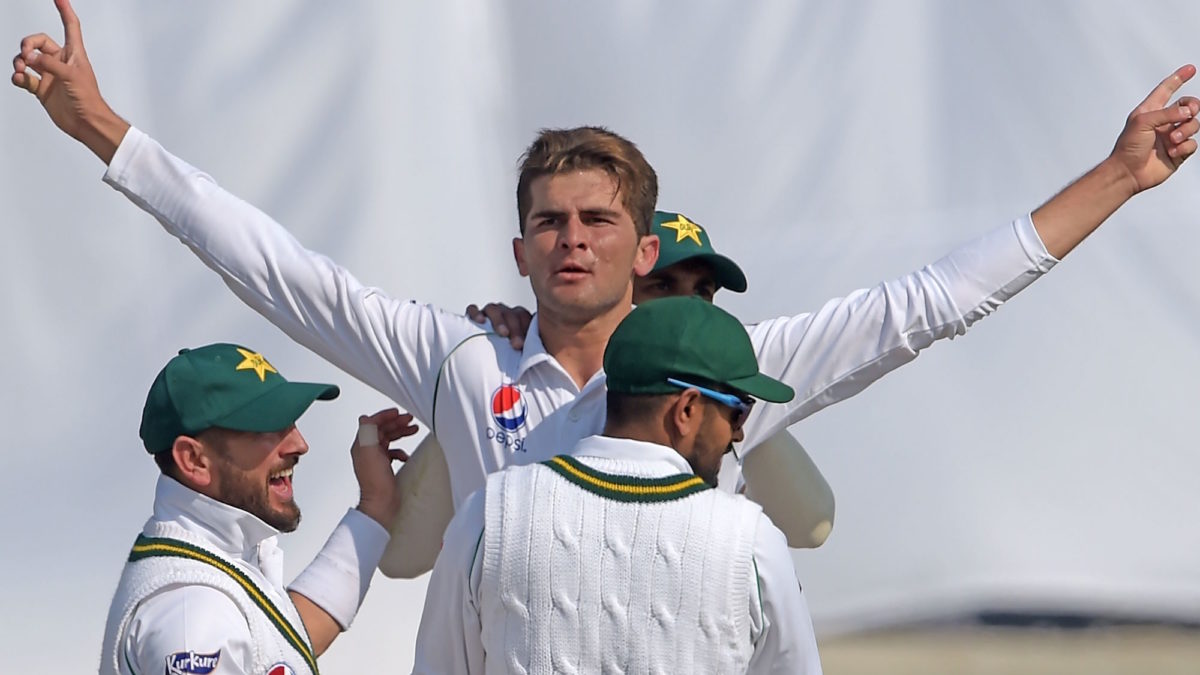 With the tour of Pakistan imminent, speculation of what conditions await the Australian team come to the fore.

This is heightened by the paucity of recent international cricket there – it was only three years ago that international matches resumed and almost a quarter of a century since an Australian team last toured.

In this article I’ll focus on the Test series – three games played across Rawalpindi, Karachi and Lahore. Will these venues provide typical subcontinental dust-bowl turners, bowler-breaking roads or something closer to Australian conditions?

Will they all play similarly, or is it a mistake to generalise?

To answer these questions, I’ve done a statistical deep dive into the recent matches at each venue, going back to the start of the 2019-20 season and analysing every first-class game since.

From this data, I’ll then speculate on team selection, tactics, and how the series may unfold.

A recently built ground with a capacity of 18000, Rawalpindi Cricket Stadium has hosted just three first-class matches since the resumption of in international cricket in 2019.

First, it’s a fairly batter-friendly wicket – there have been 2451 runs scored for the loss of 68 wickets, equating to a wicket every 36.04 runs.

For reference, a comparable analysis of Australia’s six major grounds over the same period gives a range of 26.74-34.26.

In other words, it looks to be slightly flatter than any of Australia’s major grounds (although this is based on a small sample size).

Batting also appears to become easier with time, both within each innings and over the course of the game. The bulk of runs have been scored by the middle order (positions 4-7), who have collectively averaged 49.85, significantly higher than the 30.00 averaged by the top three.

Additionally, the average runs-per-wicket increases from 31.27 to 40.81 to 46.60 over the first, second and third innings, respectively. This indicates the pitch tends to flatten out over time.

Finally, the pitch seems more conducive to pace than spin. Overall, fast bowlers have taken 52 wickets at an average of 27.65, significantly cheaper than the 23 wickets at 42.39 by spinners.

This difference persists throughout the game, with spinners seemingly no more effective in the latter stages.

Bringing this all together, I would expect a few early wickets from the quicks before a middle-order resurgence, with spin being relatively ineffectual.

For Pakistan, given Babar Azam’s record at this venue, ability against pace and favourable middle-order batting conditions, I would tip him to score runs.

Given his skill set in these conditions, seamer Hasan Ali would be my pick of the bowlers.

For Australia, given his recent form, ability against pace and middle-order position, Travis Head would be my pick.

For bowlers, its difficult to split the big quicks, although perhaps Mitchell Starc is my pick, given his recent results and tendency to start series in scintillating form.

Here, on a coastal plain along the Arabian Sea, we find the National Stadium. Built in 1955 and able to accommodate 40,000 spectators, it is a fortress for the Pakistan team – their Test record here is 23 wins, 18 draws and two losses.

These matches have produced 8807 runs for the loss of 268 wickets, equating to an average of 32.86 – a fairly even balance between bat and ball.

Again, we see a slight tendency towards middle-order runs, with an average of 35.67 for top-three batsmen and 40.35 for the middle order.

However, the most interesting statistics, relate to bowling. Overall, spinners have the edge over fast bowlers.

This is only a small difference but is significantly greater than any of the Australian grounds, all of which statistically favour fast bowlers.

While it is common for spinners to find more favourable conditions in the latter stages of a game, I find it interesting that fast bowlers seem to become less effective as the match progresses, averaging 8.35 runs more per wicket in their second innings.

Given these numbers, I would lean towards picking a second specialist spinner unless the conditions appear highly conducive to fast bowling. The question would then become Mitchell Swepson versus Ashton Agar.

Both turn the ball away from the right hander, particularly valuable given it is likely that five of Pakistan’s top six will be right-handed.

A further breakdown of spinners demonstrates a very slight advantage to wrist spinners over finger spinners – an average of 31.69 versus 31.75 overall, and 25.16 versus 27.92 in the second innings.

This is not always the case in the subcontinent, often more conducive to the accuracy and pace of finger spin. Enter Mitch Swepson?

Other players to watch include Fawad Alam given his ability against spin and familiarity with these conditions, having toiled away in domestic cricket in Karachi for over a decade.

On the bowling front, Australia should be wary of off-spinner Sajid Khan given his recent form, suitability to the conditions and ability to turn the ball away from left handers (likely four of Australia’s top seven).

Steve Smith might be Australia’s best hope given his relative ability against spin.

Third Test – Gaddafi Stadium, Lahore
The Gaddafi Stadium in Lahore sits in the eastern-most pocket of the country, a stone’s throw from the Indian border.

This was famously the site of the 2009 attacks against the Sri Lankan team, when gunmen ambushed the team bus and injured nine players and personnel.

The Gaddafi Stadium has not hosted a Test since. This match will therefore be a significant milestone regardless of the outcome.

What is understandably forgotten about that fateful day in 2009 is that Sri Lanka had just made 606 in their first innings.

In recent times, the only red-ball cricket played here has been from the Quaid-e-azam Trophy, but data from the seven games played since 2019 suggests not a lot has changed – it’s still a road.

Remarkably, in these seven games, a total of 7051 runs have been scored for the loss of just 132 wickets, giving an average per wicket of 53.42 runs.

Such batter-friendly conditions have resulted in draws in all seven of these matches. Even more remarkably, no team has even made it to a fourth innings.

Unlike the first two venues, more runs are scored at the top of the order relative to the middle. Top-three batsmen have collectively averaged an astonishing 3387 runs at an average of 72.06, dwarfing the middle-order record of 2696 runs at 49.42.

However, once again, there is a significant difference between the first and second innings. Across first innings pace wins out over spin, averaging 45.56 per wicket compared to 68.82. However, in second innings, pacers average 57.60 compared to 37.35 for spinners.

Interestingly, looking through relatively recent Test records, two of the most successful Pakistani bowlers at this ground are Shoaib Akhtar and Umar Gul, both having taken 25-plus wickets at an average in the low 20s.

I wonder then if raw pace might circumvent the lifelessness of the pitch. Short bursts of genuinely quick bowling from Starc and Pat Cummins, particularly in the early stages of the game, might be effective.

Following this, the bulk of the overs should be given to fast bowlers in the first innings and to spinners in the second.

In terms of batting, based on their top-order position, records on these kinds of wickets and recent form, I would tip Abid Ali and Usman Khawaja as the two most likely to score big runs.

Regardless, I fear this game is destined to end in a draw.

Conclusions
This analysis shows the three Test venues are markedly different to one another.

The first Test in Rawalpindi should provide a good balance between bat and ball, with fast bowlers more effective. Statistically, this looks to be the venue most similar to Australian conditions.

However, as recently pointed out by former international and PCB chairman Ramiz Raja, there is likely to be less bounce and more swing (particularly reverse swing) than the Australians will be used to.

It would be best to start with their incumbent XI, who should provide a close game.

The second Test should also be a good balance between bat and ball, but favouring the spinners, particularly in the latter stages of the game.

I would look seriously at playing a second spinner and resting one of the quicks, particularly with Cameron Green providing overs. Regardless, Pakistan will have the edge given the relatively foreign conditions.

The third Test looks likely to end in a draw. Perhaps raw pace might provide early inroads, with a shift towards spin later in the match.

If the Australians are needing a win going into this game, I would even consider five specialist bowlers in addition to Green to share the workload – taking 20 wickets is ultimately going to be the greatest difficulty.

It appears Australia’s best chance at victory comes in the first match, with progressively more difficult and foreign conditions as the series progresses. Regardless, it should be a close-fought and intriguing series.