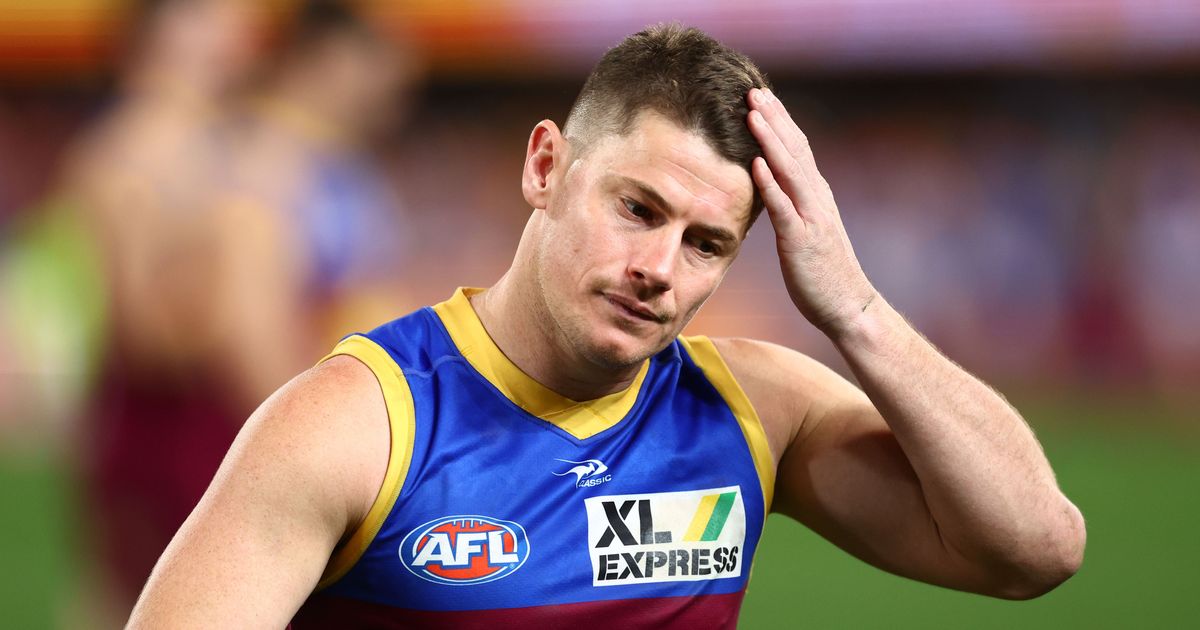 AN INCIDENT involving Brisbane captain Dayne Zorko is set to be investigated by the AFL after Melbourne defender Harrison Petty was left in tears at the Gabba on Friday night.

An emotional Petty was surrounded by teammates at three-quarter time after what Melbourne coach Simon Goodwin described as an “inappropriate” comment about a family member.

Although he did not elaborate on the incident, Goodwin said Brisbane had already apologised.

Zorko was confronted on the full-time siren by a host of Demons, led by full-back Steven May, before he went over to Petty for a long conversation.

“‘Petts’ thought he heard something inappropriate about a family member, he was a bit upset about it,” Goodwin said.

“The Lions have spoken to us and obviously the AFL will look at it, but that’s pretty much the details we can give at the moment. We’re going to hand it over to the AFL.”

Respective football managers Alan Richardson and Danny Daly also had words before the final quarter commenced as Petty went to the changerooms before returning to play out the final term.

“‘Petts’ was a bit emotional at three-quarter time, he went away, re-set himself and came back into the game,” Goodwin said.

“Brisbane have been quite apologetic towards us, and that’s the type of footy club they are. They’re a very respected, humble footy club and we’ll take them at their word.”

Brisbane coach Chris Fagan was reluctant to comment, but said the Lions would also investigate the incident.

“I can’t really shed any light on it for you because I’d just be making it up and I don’t want to do that,” Fagan said.

“It would concern me that any of our players got caught up in an incident like that, but I won’t judge just yet because I don’t know enough about it.”

Fagan conceded his captain looked frustrated and agitated throughout the match, but wanted to give him the benefit of the doubt.

“He’s very passionate about our footy club and he would have been pretty disappointed at what was unfolding and that might have led to some frustration,” he said.

“I’d like to have a look at some vision to have a real accurate feel about that because whilst his leadership might not have been up to standard tonight … he’s been great for us over the last four or five years, so I’m not going to cane him for one performance where he was potentially below par.”

Melbourne ruckman Luke Jackson suffered a corked calf in the fourth quarter, which Goodwin said will be assessed through the week.

Aside from Zorko, Brisbane has plenty of concerns after being soundly beaten for a second time this season by Melbourne.

Fagan said it was a “disappointing night” for a sold out Gabba crowd and agreed the Demons were a nemesis for his team.

“Their forwards were unbelievable,” he said.

“Their shooting for goal. You’d have to say that. I can’t disagree with you at the moment. It’s the truth, isn’t it? They’re the one team that’s got hold of us for the last two years.”