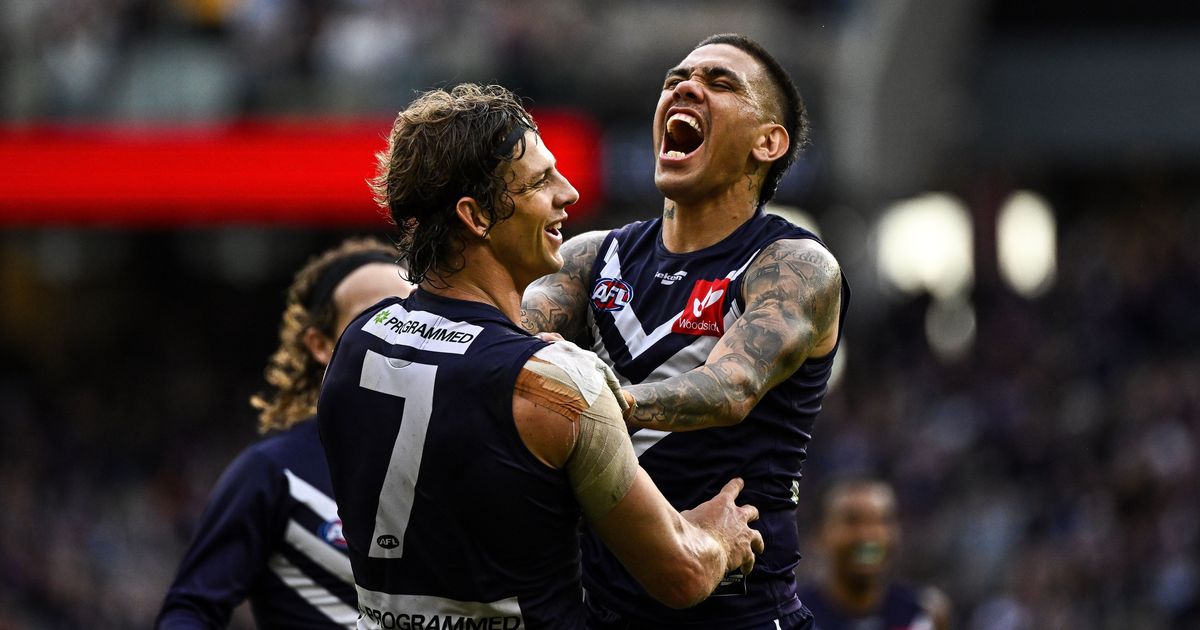 NAT Fyfe was the drawcard but it was Andrew Brayshaw who ended up being the hero as Fremantle overcame a brave Hawthorn to post a 13-point win at Optus Stadium.

Brayshaw tallied 37 disposals, seven tackles, and he kicked the match-sealing goal with five minutes remaining to help the Dockers secure the 14.11 (95) to 12.10 (82) victory on Saturday.

Fyfe started in the middle of the ground in his first AFL match for more than 10 months, but he also spent significant stints up forward.

The two-time Brownlow medallist finished with 21 disposals, five clearances, and 1.2 in a promising display.

Brennan Cox, Hayden Young and Luke Ryan combined for 32 marks in defence as the Dockers improved their record to 10-3 to move to equal top of the table with Melbourne.

Jaeger O’Meara finished with a team-high 30 disposals and nine clearances for the Hawks, while James Sicily (nine marks) was a rock in defence.

Dockers defender Blake Acres was in tears on the bench after appearing to tear his right hamstring in the final quarter.

Hawthorn’s Sam Frost, who was playing as a forward, was also subbed off in the last term with a knee injury.

The Dockers booted the opening two goals of the match, but Hawthorn worked its way into the contest and made the most of its chances in attack.

Fyfe had the chance to produce a memorable highlight late in the second quarter when he collected the ball in the pocket, but his dribble kick was never on track and went through for a behind.

Hawthorn’s 10-point half-time lead was set up by its 32-21 advantage in inside 50s, with their forward-half pressure proving crucial.

Griffin Logue’s efforts in making a contest up forward set up two goals to Dockers goalsneak Michael Walters early in the third quarter.

Fyfe bobbed up later in the term, sending the 39,428 crowd wild when he took a strong contested mark on the lead.

Although his shot sailed just wide, he got his first goal of the match a minute later with a volley from the goal line.

Fremantle turned for home with a handy 14-point edge, but the margin was just six when Luke Breust booted his second goal of the match with six minutes remaining.

Brayshaw stood tall when his team needed him most, soccering a ball through from five metres out while holding off his opponent.

The match was expected to test whether Fremantle could overcome its wet weather demons, but the rain stayed away and the contest was played in relatively dry conditions.