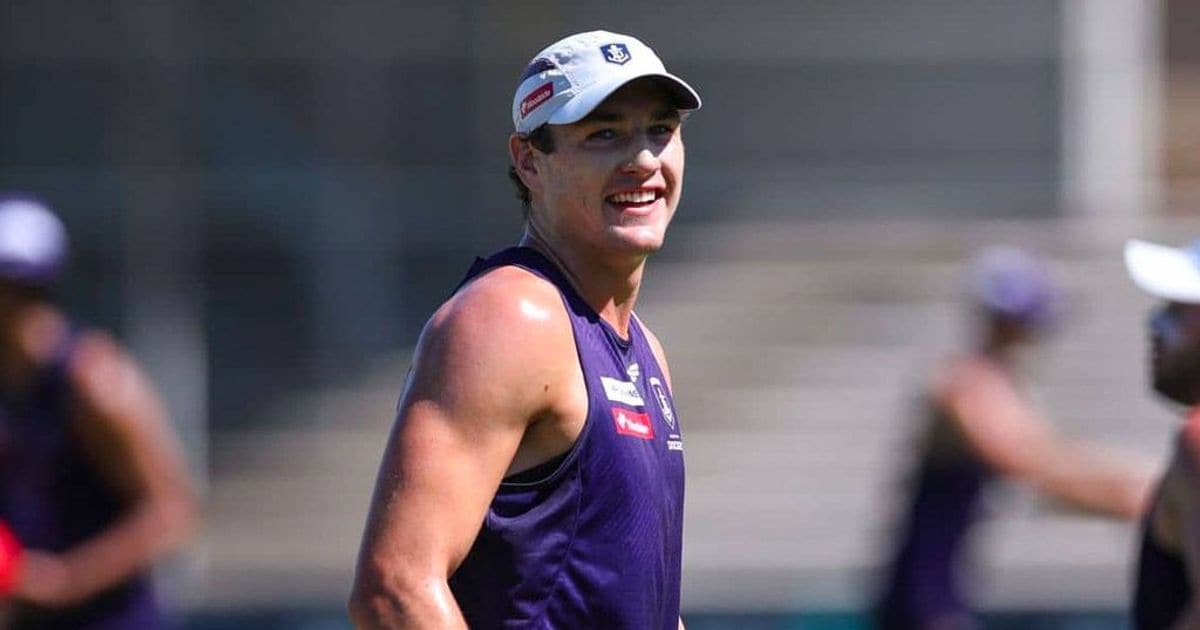 FREMANTLE defender Brennan Cox says he is set to stay mostly in defence this season despite coaches flirting with the idea of using him up forward.

Cox started his AFL career as a forward and booted 18 goals in 2018.

But the 23-year-old has played his best football in defence over the past two years and is set to be a key part of Fremantle’s backline in 2022.

The Dockers have a wealth of key defender options, with Griffin Logue, Alex Pearce, Joel Hamling, Luke Ryan, and Cox among the options.

Their stocks up forward are much thinner, with the unpredictable Rory Lobb and the injury-prone Matt Taberner the two main marking options, along with rookie Josh Treacy.

Cox has spent stints up forward in match simulation this pre-season, but he said it was done just to prepare him in the off-chance he was needed in attack.

“Just a little bit of an experiment,” Cox said.

“(We might) chuck it in throughout the year maybe depending on if a forward goes down, just as a back-up.

“But at this stage I’m still set up as a defender.”

Cox said him being swung up forward could also be an option if coach Justin Longmuir wanted to select other players in defence.

“We’re all friends (in defence) but we’re all fighting for the same spot. If I have to go forward and have that string to my bow, why not,” he said.

Cox’s 2021 campaign came to a halt in round 12 after he suffered a serious hamstring injury.

The talented defender used the injury stint and the off-season to better prepare his body for the rigours of AFL.

“I’ve just been eating a lot healthier … and I feel a lot fitter and a lot lighter as well, but also with a bit more muscle,” he said.

Fremantle will take on West Coast twice during the pre-season.

The first match will be at Optus Stadium on February 25, with the second match at Fremantle Oval on March 6.