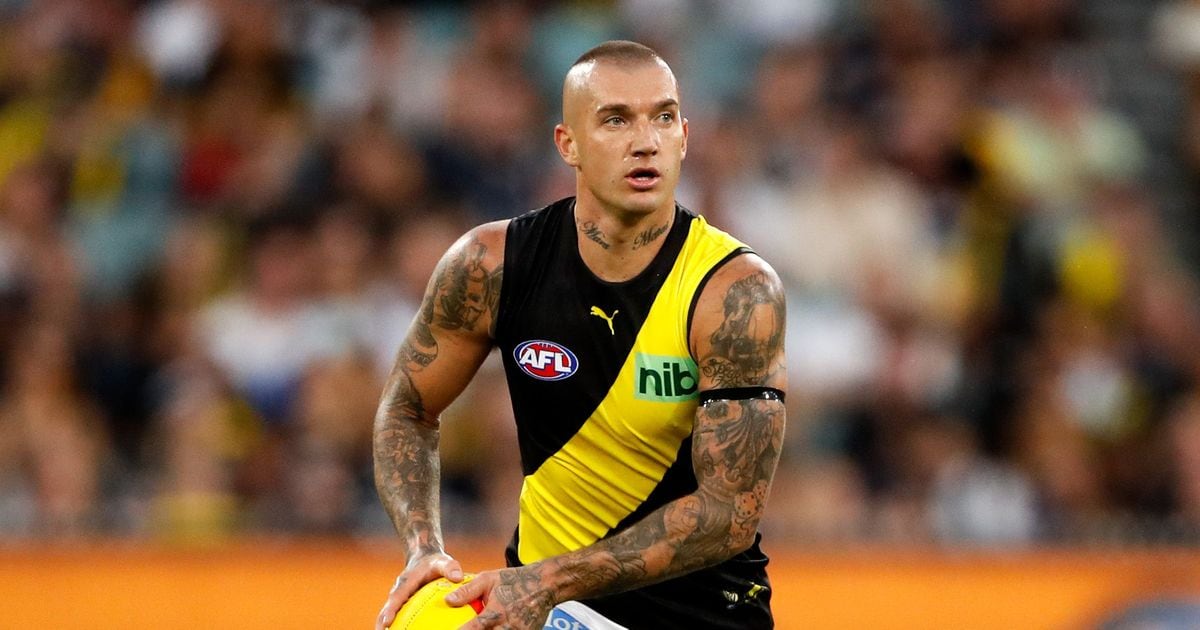 RICHMOND coach Damien Hardwick remains uncertain when Tigers superstar Dustin Martin will be back on the field after the three-time Norm Smith medallist returned to the club this weekend.

The Tigers fell to 2-4 to start their season after a 22-point loss to Melbourne on Sunday night and next week have a trip to Perth to take on West Coast next Friday night.

Hardwick said he was unsure if Martin would be on the plane to Optus Stadium for that trip, with the champion Tiger returning to Punt Road to train on Saturday morning with teammates. He had been on personal leave since shortly after round one.

Speaking after the loss to last year’s premiers, Hardwick was tight-lipped on when Martin would be back playing.

“It was good, it was nice to see him,” Hardwick said.

Martin’s star-factor has been clearly lacking for the Tigers in the past month but they took it up to an inaccurate Demons outfit in the annual Anzac Day Eve clash at the MCG. Hardwick said his group can still respond after an inconsistent start to its campaign.

“It’s what we do – we pick up the pieces and we move on. There’s some areas of our game we did well. There’s some areas we need to improve. We get an opportunity every week. It’s not like you’re in the Olympics and you have to wait four years – we get an opportunity to get on the plane on Thursday and go over there and play some better footy,” he said.

“What we’ve got to remember is we’ve played a really good side that will put a lot of sides to the sword this year. We got within 20 points, the scoreboard probably flattered us a little bit, but there’s some signs that we’re going OK in various areas.”

Thomson Dow received a knock in the same area of his quad as he suffered last week, with the midfielder substituted out of the game in the second half and being ruled out of next week.

The Demons rallied after their inaccurate second quarter, in which they kicked 1.6, to slice open the game with a five-goal third term. Though they still registered their most behinds in a game since round 16, 2018, the Demons lifted when it mattered, with key forward Sam Weideman kicking a game-high three goals.

Coach Simon Goodwin stuck with Weideman in the line-up and omitted Tom McDonald for the clash, with McDonald impressing at VFL level on Sunday.

“I thought Sam contributed well. He kicked his three, I thought he impacted the game when he needed to impact it and I thought the forwards functioned well,” he said.

“Sam’s done a great job. He’s worked really hard to get his game into great shape and he got his reward. He got selected, got his opportunity and he hasn’t let it go.”