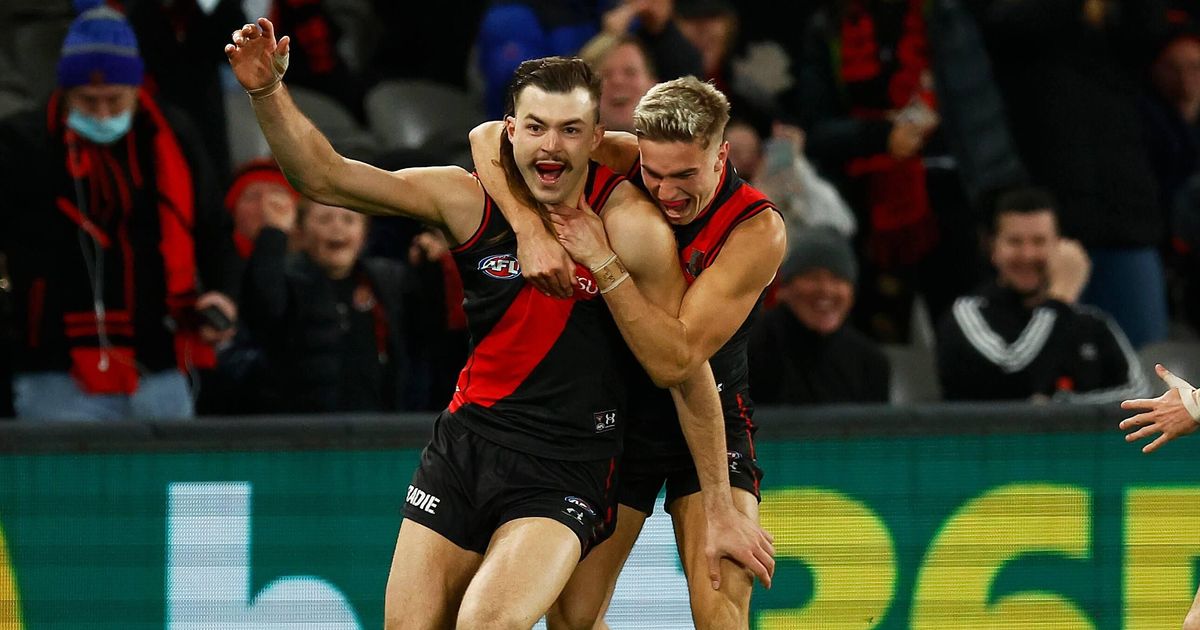 BEN RUTTEN’S message post-game was pretty clear, ‘keep doing things well and you keep the wolves from the door’.

Essendon feasted on a hapless Gold Coast side at Marvel Stadium on Sunday, thumping it to the tune of 48 points.

It was another timely boost for Rutten, who has been under immense pressure during the season, with some pundits and club greats questioning whether he is the right man to lead the famous club.

After playing finals in 2021, the Bombers had just two wins on the board after Round 13.

Essendon is now riding the crest of a wave, however, notching four wins from the past five rounds.

“I think it’s the best thing we can do is keep doing what we’re here to do, as a whole footy club, players and coaches. They’re a really committed group and we understand we’re on a journey and we’re really clear on where we want to get to as a group,” Rutten explained.

“We’re clear on where we’re at and we just need to keep some real consistency from day-to-day, week-to-week with our preparation, that’s the most important thing for us at the moment.”

Rutten said the change in fortune is largely due to getting experience into his young players and continuity among the group.

“We’re a group that’s grown together and we’re getting a bit of confidence into the group, especially with some younger guys. We’re getting some really good transfer from our training at the moment.”

Draper sent the Essendon fans into a state of euphoria when he kicked a contender for Goal of the Year in the fourth quarter.

Rutten was asked if he could talk through what he thought of it: “I would if I could. I’ve got no idea what he was doing and I don’t think he does. It was fantastic.”

Gold Coast coach Stuart Dew lamented his side’s performance, especially given the importance of the match.

The Suns would have been equal on 36 points with eighth-placed Richmond, but instead find themselves in 12th.

“Obviously, there was an opportunity there, the door got opened and we didn’t walk through it, that’s the most disappointing thing.

“That stings, because it’s not like we’ve delivered our best football here today and that’s an opportunity missed, to first and foremost play another game of our brand, which then the outcome of that is there’s opportunities further up the ladder and we didn’t take it.”

Dew said the Suns must lick their wounds and move on quickly.

“We’ve got Brisbane next week. They’re a formidable opponent, but it’s another opportunity for us and we’ve worked hard to put ourselves in this position,” he explained.

“Four of the five teams searching for the eighth spot lost on the weekend, so there’s four of us kicking ourselves. So, it’s who wants to pick themselves up and we need to be one of those.”