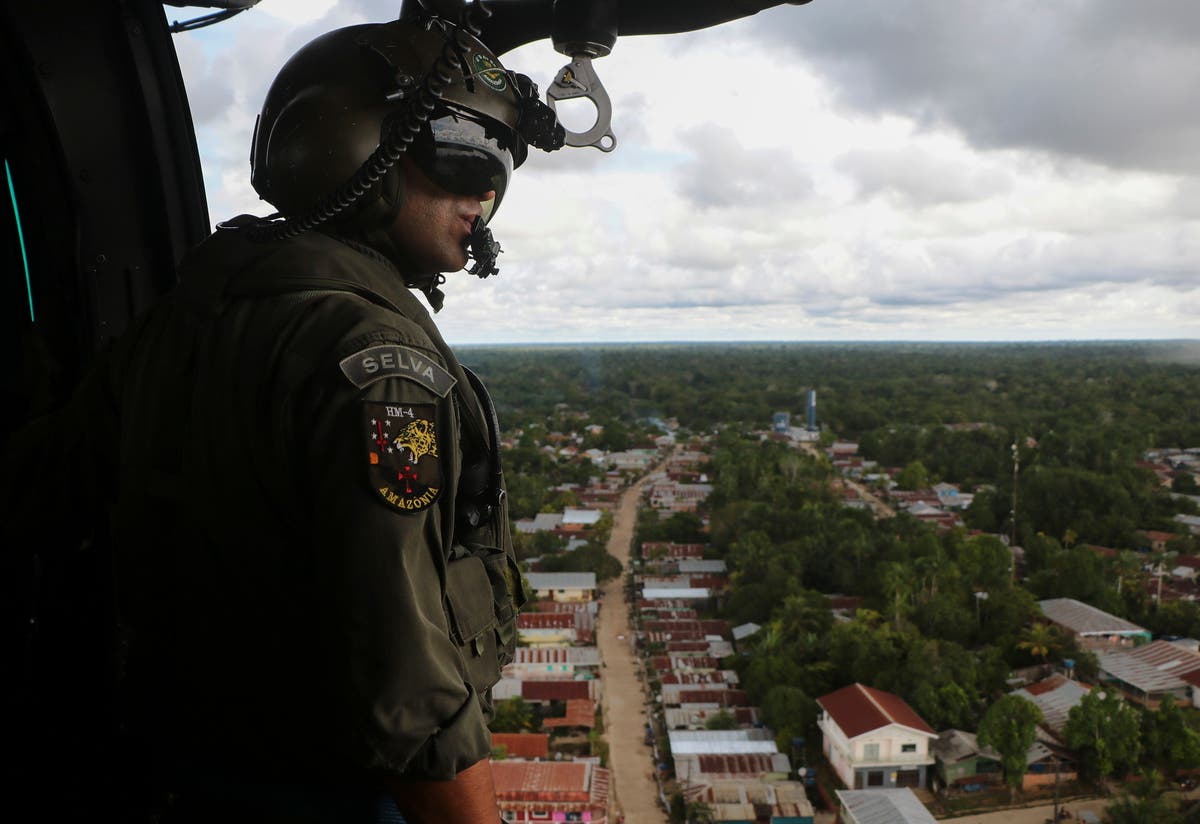 Family members of the sole person to be arrested in the disappearance of a British journalist and Indigenous official in the Amazon said Friday that he was innocent and alleged that authorities were trying to force a confession.

Freelance journalist Dom Phillips and Indigenous official Bruno Pereira were last seen on Sunday morning in the Javari Valley, Brazil’s second-largest Indigenous territory, which sits in an isolated area bordering Peru and Colombia. The two men were in the Sao Rafael community. They were returning by boat to the nearby city of Atalaia do Norte but never arrived.

The claims of the family of fisherman Amarildo da Costa de Oliveira, also known as Pelado, were the latest development in a disappearance that has garnered international attention, a search involving several agencies and criticism of Brazilian authorities for an allegedly slow response. The family’s claims, made to The Associated Press, also come a day after witnesses told the AP things about de Oliveira that the family denies.

De Oliveira was arrested on Tuesday at his home in the São Gabriel riverine community, close to where the pair went missing on Sunday. He was initially arrested for illegal gun possession, but police have since said he was now being considered a suspect in the disappearance and was being held at a police station in Atalaia do Norte.

“He told me he was at his house when they handcuffed him,” said Osenei da Costa de Oliveira, speaking outside the police station where his brother is being held. “Then they put him on a boat under the sun and began to travel to Atalaia do Norte. When they reached the Curupira rivulet, they put him on another boat. Then they beat him, tortured him, waterboarded him, stepped on his leg and pepper-sprayed his face. They also drugged him twice, but I don’t know what they used.”

The public security secretariat of Amazonas state, which oversees local police, said in a statement it won’t comment on the family’s accusations because the investigation into the disappearance was now being handled by the Federal Police. An email message sent to the Federal Police on Friday seeking comment was not immediately answered.

The mother of Amarildo da Costa de Oliveira, Maria de Fátima da Costa, said she was at the Atalaia do Norte port when her son arrived with police. He was taken from the boat wearing a hood, could barely walk on his own and was soaking wet, she said.

“I told the police he was not a criminal to be treated like that,” she told the AP.

She also said that blood that police have said was found in her son’s boat was likely from a pig he had killed a few days before being arrested. Authorities have said the blood was being analyzed at a lab.

Members of Indigenous group of watchmen, who were with Pereira and Phillips on Saturday, the day before they disappeared, told the AP on Thursday that de Oliveira and two other men had brandished guns at them. Paulo Marubo, the president of a Javari Valley association of Indigenous people, Univaja, also told the AP that Phillips photographed the men at the time.

The suspect’s family also disputed the claim of brandishing weapons. Father-in-law Francisco Conceição de Freitas said he and de Oliveira were on a fishing boat together and that his son-in-law waved an oar, not a rifle, at the group that included Phillips and Pereira.

The family said they had not been illegally fishing inside nearby Javari Valley Indigenous Territory, which has become a frequented spot in the region for illegal fishing and hunting. The family also said de Oliveira doesn’t have a criminal record and his only previous brush with law enforcement was once being detained for a few hours under an unfounded suspicion he was transporting drugs.

Phillips and Pereira had been speaking with people on the outskirts of the protected area, but never entered it, according to multiple people whom the AP interviewed in the area.

The Amazonas state police have long been accused of extrajudicial killings and unlawful raids. Since Gov. Wilson Lima took office in 2019, three massacres involving local officers have taken place. One of them, in October 2020, ended in 17 deaths in capital Manaus, in the heart of the Amazon. Police denied wrongdoing in all three cases.

Last year, Brazilian daily Folha de S.Paulo reported that local police in Tabatinga, the closest major city to Atalaia do Norte, had made seven extrajudicial killings they thought had links to the murder of an officer. Some of the victims had been tortured, and their relatives received death threats. Police never responded to the accusations.

A study by the Brazilian Public Security Forum, published in 2021, said that the number of people killed by police officers had increased in 18 of the country’s 27 states over the last year.

Phillips, 57, has reported from Brazil for more than a decade and has most recently been working on a book about preservation of the Amazon.

Pereira has long operated in Javari Valley for the Brazilian Indigenous affairs agency. He oversaw their regional office and the coordination of isolated Indigenous groups before going on leave to help local Indigenous people defend themselves against illegal fishermen and poachers. For years, Pereira had received threats for his work.