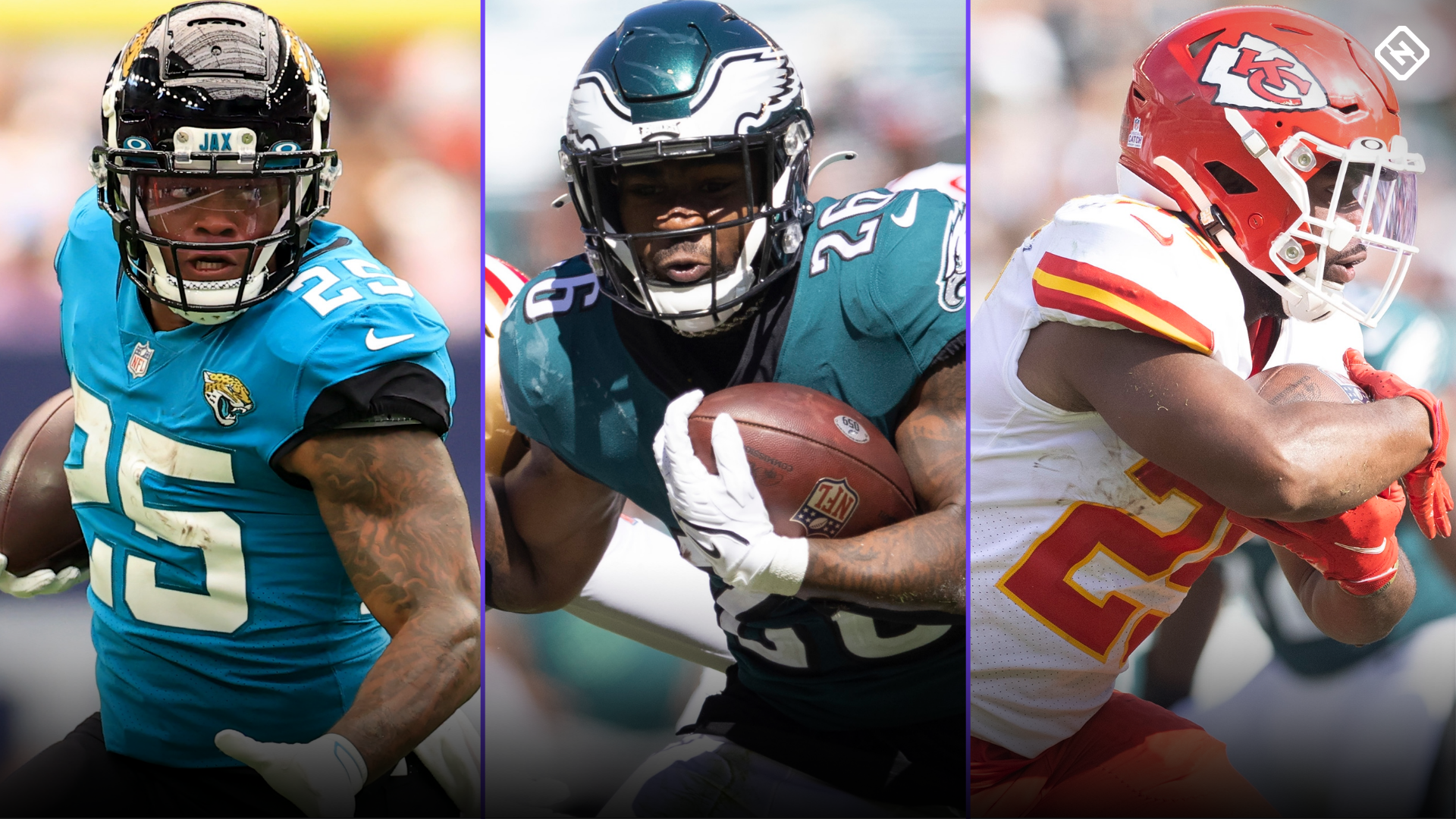 James Robinson, Miles Sanders, Clyde Edwards-Helaire, Darrell Henderson, and Jordan Howard all suffered injuries just before the fantasy championships are set to begin, so obviously, their statues will affect the fantasy football world as a whole — especially Week 17 waiver wire pickups. We have the latest updates on each player below and how their injuries affect the fantasy outlooks of others.

Robinson tore his Achilles’ against the Jets, so his season is obviously over (and likely part of next season). This is a huge blow for Robinson owners heading into the final week of the fantasy season, so you may have to get creative to figure out how to replace him. Dare Ogunbowale is set the be the lead back in Jacksonville, but there’s a ton of risk surrounding him. He plays at New England in Week 17, so the Jags offense should be completely shut down. Would anyone be surprised at a shutout? Ogunbowale carried 17 times against the Jets but only racked up 57 yards on the ground (3.4.YPC). The Jets are the most generous team to fantasy RBs, so that felt like one of his best-case scenarios. Additionally, we can’t know for sure he’ll be the workhorse back. He did it with a one-game sample, but with a full week of practice, there’s a chance Jacksonville mixes other guys in.

Ultimately, we do expect him to handle the vast majority of RB touches, but he will likely need to catch a lot of passes to really work as a starters in fantasy championship games. We rank him as a low-end RB3. There are wide receivers that have better fantasy outlooks on waivers, so go with them in the flex spot. Of course, you might have to play Ogunbowale at RB — just know his floor is virtually non-existent and his ceiling is limited. A cheap one-yard touchdown is all you can really hope for.

Sanders will have his broken hand tested later this week to see if he has more severe damage or if he can play through the injury. Sanders has looked better since returning from his knee injury, so fantasy owners will be eager to see if he can go against Washington in Week 17. In Week 15 against Washington, Sanders handled 20 total touches and put up 146 total yards, so he’s already proven to be productive against the spiraling Washington defense. If he plays, you’re starting him, so keep an eye out.

If he doesn’t play, Jordan Howard would be the best standard league option, but he’s dealing with an injury, too (see below). If both Sanders and Howard are out, Boston Scott becomes a super attractive flex option, and would surely handle a ton of touches. For now, we view Sanders as a low-end RB2, but his ceiling is much higher given the way the Eagles’ rushing attack is flowing. If he’s out, Howard could be in the same range in standard, while Scott would be in that neighborhood in PPR.

UPDATE: Edwards-Helaire didn’t suffer any structural damage and should “return shortly” after his swelling goes down, according to NFL Network’s Ian Rapoport. He still seems unlikely to play in Week 17, but we’ll have to watch the practice reports.

Edward-Helaire was feared to have suffered a broken collarbone, but NFL Network’s Ian Rapoport reports X-rays on Clyde Edwards-Helaire’s collarbone injury were negative. That said, his Week 17 status could still be up in the air, so we’ll have to see what happens later in the Week.

Cincinnati is just a neutral matchup for RBs, so we view CEH as a low-end RB2 if he does play. If his touches are limited, his floor could certainly be much lower. If he’s out, Darrel Williams would become a low-end RB2, and Derrick Gore would be a deep league flex option best suited for standard leagues.

UPDATE: Henderson suffered an MCL sprain and was placed on IR.

The Rams are reportedly hopeful Henderson suffered just a minor knee sprain, but tests later in the week will tell us more about his status leading up to a matchup with the Ravens. While the Baltimore defense has been awful, it still ranks as a top-12 defense against fantasy RBs, and it seems pretty clear Sony Michel is now the lead back in L.A. The roles have reversed here, so Henderson is borderline unplayable, except in very deep leagues if someone is in a bind at RB. It’s unfortunate for those who rode high on the wings of Henderson early in the year, but it’s the reality of the situation.

At this point, Henderson should no longer be viewed as a fantasy option. His presence would only slightly lower the ceiling of Michel, who’s still a solid play regardless.

UPDATE: Nick Sirianni said he “hopes” Howard can play in Week 17 against Washington.

Howard left the game against the Giants with what is just being called a stinger, so as of now, we’re not worried about his Week 17 availability.  As mentioned earlier, Washington’s defense is completely unraveling, and even though they are just a neutral matchup for RBs on paper, they’ve been a lot worse as of late. Philly’s ground attack is thriving, and Washington’s defense at all three levels is looking atrocious.

If Miles Sanders (see above) is out, Howard will become a very attractive play and sit on the border of a must-start option. He should handle most of the goal-line work, but we know the Eagles aren’t shy about putting any of their RBs in there for that duty. He could disappoint in PPR leagues, but he should pay off for your fantasy title hopes in standard leagues as a low-end RB2. If Sanders does play, he’s just startable in deeper leagues.