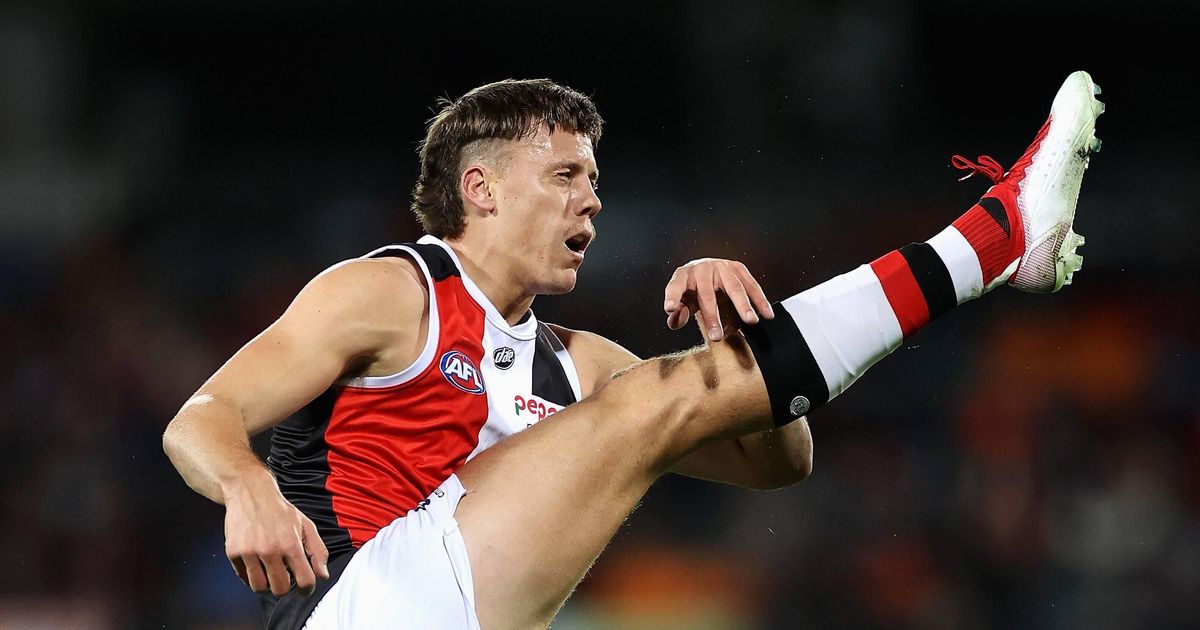 ROOKIE St Kilda tall Jack Hayes will miss the rest of the 2022 season after scans confirmed he ruptured the ACL in his left knee against Greater Western Sydney.

Hayes limped from the field during the first quarter of the Saints’ Friday night win over the Giants in Canberra and club officials soon expected the worst possible news from the injury.

That news was confirmed on Sunday, ending the 25-year-old’s promising first season at the highest level after just five games.

St Kilda coach Brett Ratten said on Friday night that the club would soon move to re-contract Hayes, giving him peace of mind as he embarked on the months of rehab required for the serious injury.

“Injuries like this are always difficult, but this one seems particularly cruel,” St Kilda football boss David Rath said.

“Jack’s journey to the AFL was long and unconventional, but ever since joining our club he really grabbed his opportunity with both hands.

“Knowing Jack will miss the rest of the year is disappointing, but as a club we’ll wrap our arms around him and make sure he’s got all the support he needs throughout his rehab.”

Hayes starred on debut in round one of this season, booting three goals from 18 disposals and 10 marks against Collingwood.