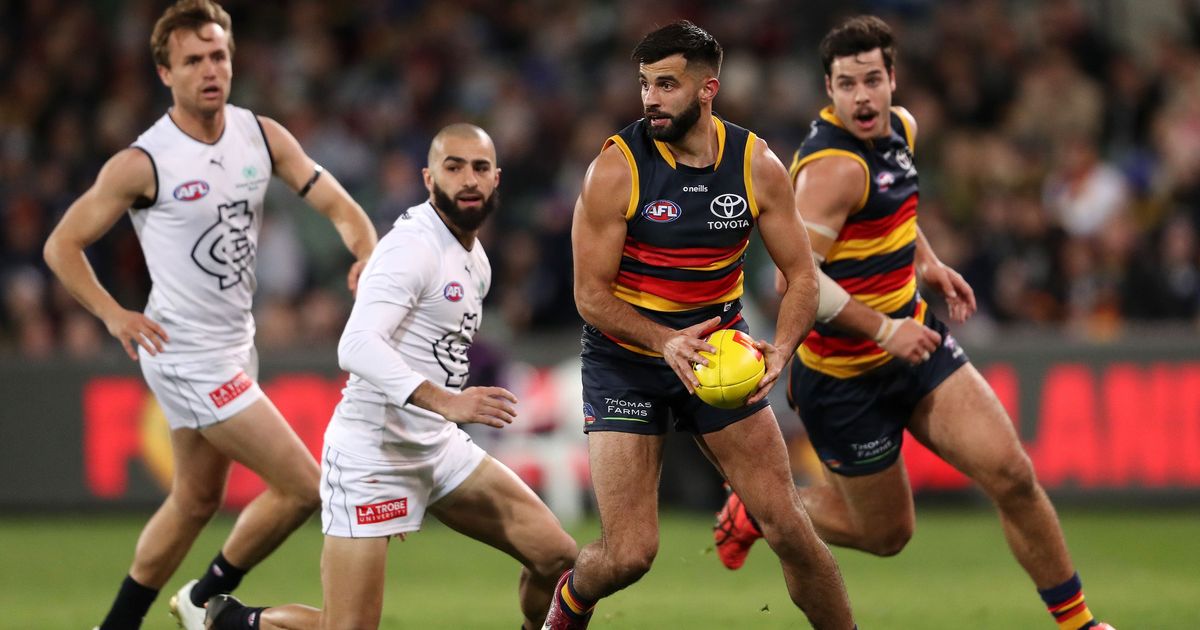 ADELAIDE was forced into a late change for its clash against North Melbourne at Adelaide Oval.

Wayne Milera was withdrawn as the Crows named their final team, due to back soreness, with James Rowe taking his place and Ben Davis the medical sub.

The Kangaroos are unchanged, with Hugh Greenwood their medi-sub.

LATE CHANGE
Adelaide: Wayne Milera (back) replaced in selected side by James Rowe