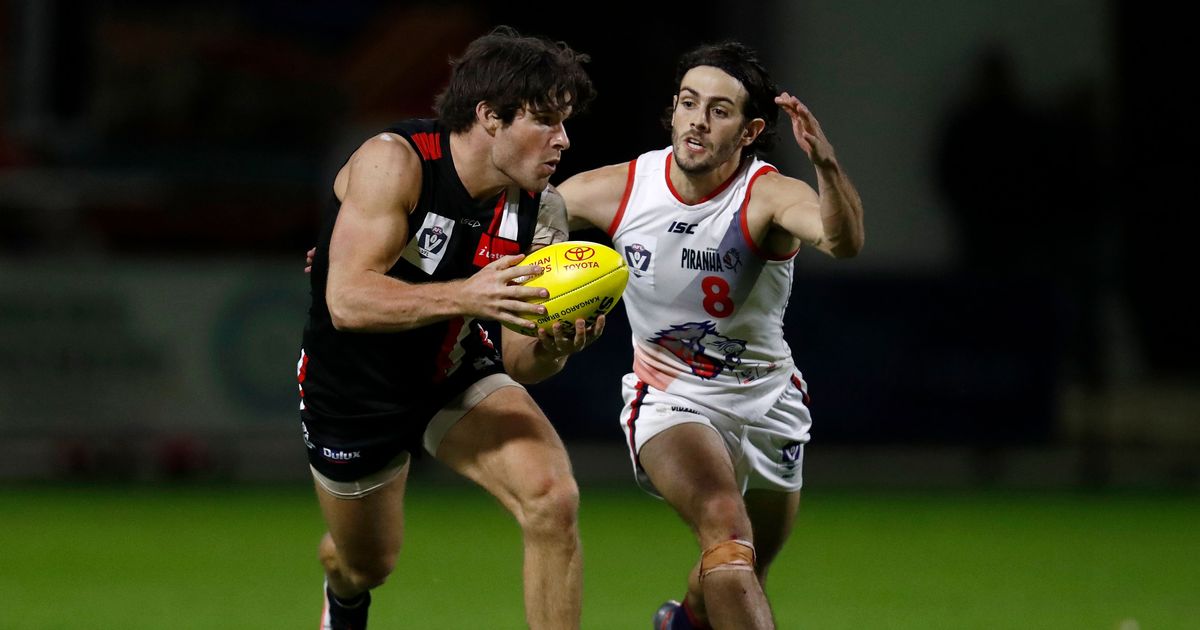 GOLD Coast could hand a career lifeline to Nathan Freeman, with the former top-10 pick set to train with the Suns over summer.

The Suns have invited the former Saints and Magpies midfielder to Queensland as a train-on player with a view to potentially picking him in the pre-season supplemental selection period.

The club has been looking at its midfield options since the sudden departure of Hugh Greenwood to North Melbourne and drafted delisted Geelong ball-getter Charlie Constable at Thursday night’s NAB AFL Draft, with Freeman having been in the mix for a comeback at AFL level in the mid-season rookie draft when Richmond strongly considered picking him.

WHO DID YOU PICK? Every club’s selection for the 2021 NAB AFL Draft

Gold Coast has held over a spot on its list and is expected to have some players train with the group over summer.

The ready-to-play Freeman would offer the Suns strong midfield insurance as they look to promote youngster Alex Davies into a midfield role in 2022.

Freeman was drafted by Collingwood with pick No.10 in 2013 but suffered a run of hamstring injuries in his time at the Magpies before heading to St Kilda.

He made his long-awaited AFL debut in 2018 and played two games with the Saints before he was delisted at the end of that season.

Having overcome his injury problems, Freeman has blitzed at VFL level, averaging 38 disposals for Frankston this season and being one of the highest possession-winners at the level.

The 26-year-old, who currently works in the player agency industry with Connors Sports Management, said in October that he was keen to have another crack at the top level as he searched for an opportunity.

“I’m only 26, so I still harbour those ambitions. I’d go all-in on that, if it was to happen. I see what I can still do, even coming on in leaps and bounds from my 2019 year in the VFL. The main thing was my body and my durability, that’s what tipped me out of the AFL system in the first place,” he told AFL Trade Radio.

“I’ve put a body of work together in the last 12 or 24 months where I’ve been injury-free and I’m really confident in my body. I wouldn’t be putting myself out there or putting myself in a situation to hopefully get taken again if I didn’t think that I’d be a really valuable asset to any club.”