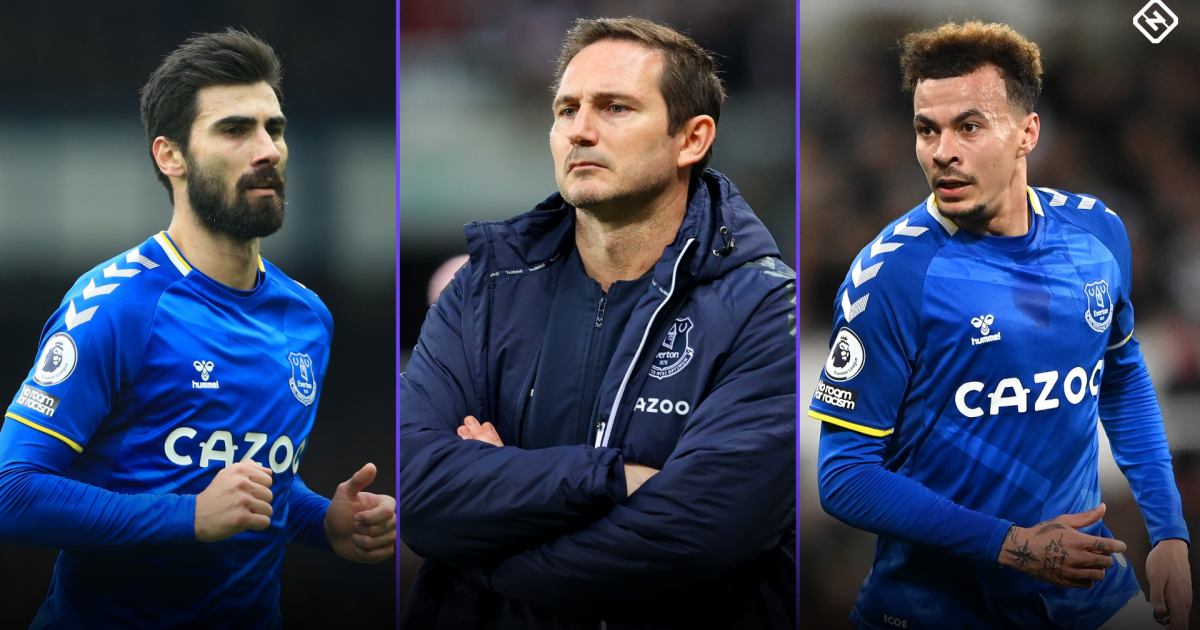 If Frank Lampard needed any wake-up call as to how big the challenge is at Everton, the 3-1 Premier League defeat to Newcastle was it.

The last 12 Everton managers all avoided a loss in their first league game, but in an entertaining, full-blooded clash at St James’ Park, Newcastle ensured Lampard’s men are now certain relegation rivals. Clubs the size of Everton really shouldn’t be fighting at the foot of the table, but it’s clear Everton is not in a false position: this is a poor team.

Newcastle fired in three goals, but really should have had more. After falling behind to a Jamaal Lascelles own-goal forced by Mason Holgate, the roles of those two players reversed at the other end to make it 1-1.

The home side overpowered Everton at times in the first half, but Newcastle really turned the screw in the second, carving out chance after chance. Ryan Fraser made it 2-1, before a wonderful Kieran Trippier free kick doubled the lead.

The Magpies look like a team ready to survive, and with momentum firmly on their side. The same can’t be said for Everton. Here are five key tasks for the new manager in that battle…

Frank Lampard has lost both of his opening games as a Premier League manager:

You can’t spell Lampard without… pic.twitter.com/AYwRnYoyFZ

Lampard’s kryptonite in his career so far has been defending. Indeed, during his time at Chelsea, only Newcastle (54) conceded more Premier League away goals than the Blues (50).

The Newcastle loss showed no sign of improvement during his time out of the game. Okay, he’s come equipped with a new formation, but it frankly looks an absolute mess. Everton’s 4-1 FA Cup win over Brentford at the weekend was a false dawn, coming via the Londoners being extremely poor on the day. Newcastle exposed Everton mercilessly at times.

In particular, the defense looked like total strangers. Teasing balls were played across the area at an alarming rate, with Everton having no answer. Chances for the hosts rained down on Jordan Pickford’s penalty area. There was a gilt-edged header from Chris Wood, and Joelinton inexplicably falling over when the ball arrived at his feet a few yards out. Alain Saint-Maximin frightens the best of them, but the rest of Eddie Howe’s attack was also able to cut through at will.

There was plenty of panicked shouting and arm-waving from both Yerry Mina and Michael Keane, but it only played into the sense of confusion. They tried to play out from the back, but were uncomfortable and devoid of ideas, drawing the ire of the home faithful as Jordan Pickford took an age over every short goal kick.

The 3-4-3 system often switched to a 4-3-3 in possession, with Andros Townsend (clearly not a wing-back), covering inside. There are always going to be teething pains with a new set of tactics, but what Lampard put out against Newcastle really doesn’t look worth sticking with. And if his time at Derby showed anything, it’s that he’s not tied to a set system, with the Chelsea icon ready to adapt once his ideas are found out.

🔵 Frank Lampard says Yerry Mina has a quad injury but there’s no timescale on how long the defender will be out for #EFC #NEWEVE pic.twitter.com/3eUKBxytEF

In a table of first-half results this season, Everton sits bottom of the Premier League. The Toffees have scored just six goals in the opening period across their 21 games so far.

Tonight, Lampard showed little sign of correcting that. Newcastle drove through the visitors in the opening exchanges, and even as Everton grew into the half, their chances largely came from the hosts’ errors rather than their own craft. And as already discussed, the defense was even more guilty of failing to show up.

The atmosphere in St James’ Park was deafening — at times, a brilliant assault on the senses one doesn’t get at many Premier League grounds in the modern day. At its best, Goodison Park also can, and needs to, be like that — and there’s a key way Lampard can unlock it…

“We’ve been here a week, seen a very good performance and a not-so-good performance. We have to remain confident, see the things we can do better and we have to address them.”

Central midfielders Andre Gomes and Allan are very tidy players. They keep things ticking over well and both are very capable in possession. Everton ended with 61 percent of the ball against Newcastle, but it was ineffectual. There was no thrust. Newcastle produced three times as many shots on target with their slice of possession.

There’s something missing here, and Gomes is the man to make way. Newcastle smothered Everton throughout the first half, with Gomes able to be got at. The sheer physicality of Newcastle’s game was too much for Everton, particularly when Mina was forced off through injury, and spirited livewire Allan can only do so much. Lampard needs a strong, high-energy midfield, and Gomes simply isn’t the man for it.

Up front, Everton is also missing the central figure of Dominic Calvert-Lewin. The front-three interchanged well, but ultimately they were often crying out for a focal point. Calvert-Lewin can obviously be that focal point, but with his injury record (and recent transfer speculation), Lampard will surely need to dip into the market for a backup, too.

Richarlison has done a job as a nominal No. 9, but there was no obvious outlet for the Toffees’ midfield when they did manage to grab hold of possession. Wood showed Everton what they’re missing.

One man who would be a beneficiary of a No. 9 is Dele Alli, who would thrive being able to play off an actual striker, rather than Richarlison.

Having made the bold decision to sign the former Tottenham star on deadline day, unlocking his undoubted potential is now one of Lampard’s biggest tasks. Thankfully for Everton, Alli was bright on his debut, having come on for the injured Demarai Gray during the first half.

The England international made some incredibly intelligent runs — some reminiscent of his new boss during his playing days, popping up in the spaces nobody else could see. If he can get Donny van de Beek seeing those runs, it could provide Everton with a devastating partnership.

At times, Alli oozed class. There were some touches that got pulses racing, with hope for the future that yet again we might see the man who Mauricio Pochettino was so reliant on from 2015 to 2019.

5. Gordon can be Lampard’s pet project

To end on a positive: Whether the circumstances were forced upon him or not, there’s no doubt Lampard wasn’t afraid to rely on young players and did a fantastic job blooding them at both Derby and Chelsea. One of his key tasks at Everton will be doing the same — and Anthony Gordon could be the main beneficiary.

Gordon was Everton’s brightest spark in the opening period, central to every promising forward foray they had. He was part of the rotating front three, but took that one step further, helping out defensively with an all-action display, full of heart.

Newcastle eventually targeted him, hacking him down on a couple of occasions towards the end of the half — always a positive sign for a young player, in how threatening he can be.

Alli and Gordon look to be part of the core that Lampard needs to quickly assemble before the situation grows desperate at Everton. The Toffees are three points from the relegation zone with 17 matches remaining. Time is not on Lampard’s side.