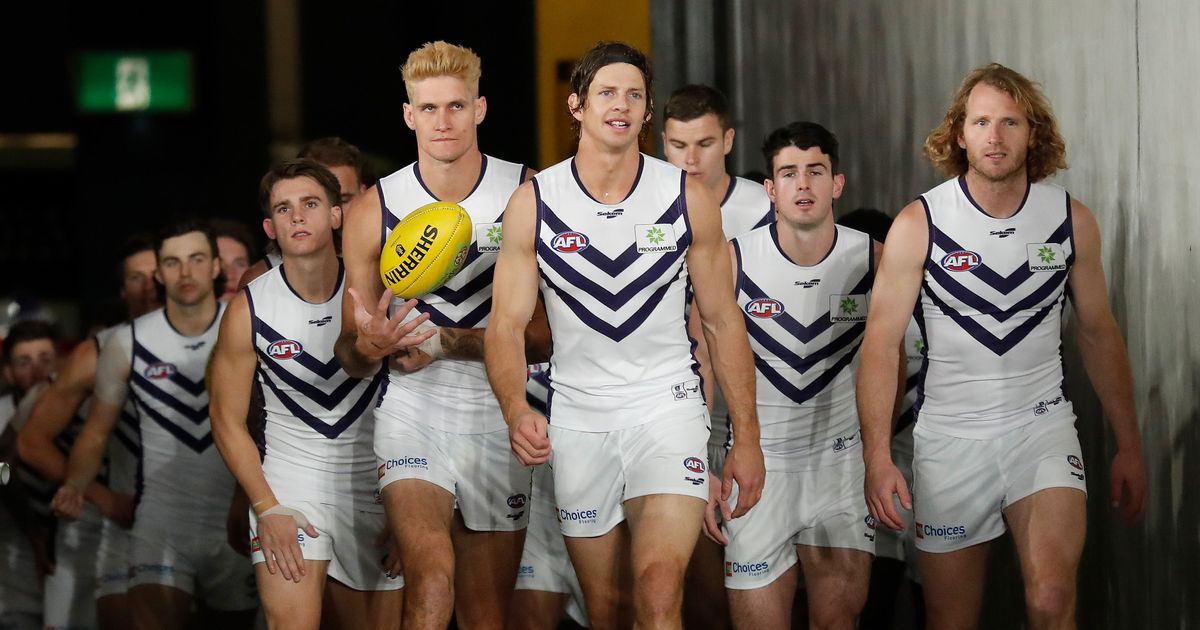 THE STAR turn from Fremantle skipper Nathan Fyfe that swung momentum his side’s way on Saturday night was seen as a masterstroke from Justin Longmuir, but the coach said his captain has a license to play where he sees the most need.

After missing the first 12 rounds of the season it was thought the dual Brownlow medallist would spend most of his time anchored near goal, but Longmuir said his skipper has earned the right to move himself where he sees fit.

Fyfe spent the first half in the Dockers’ forward line, but with his side trailing at the long break he moved onto the ball.

“It’s on him sometimes to identify where he can have most impact,” Longmuir said after the 41-point win.

“He’s got that license.

“(Fyfe’s move) was the big difference in the game, they out-hunted us in there (in the opening two quarters) and being down that much at centre bounce you’re starting your ball movement from the back half.

“Our ball movement from our defensive 50 wasn’t very good.

“I don’t think we smashed them at centre bounce in the second half but we were able to break even, which was probably all we needed.”

However, the coach didn’t heap too much praise on Fyfe.

“It was another even contribution … and that’s been a trademark of our performances this year,” he said.

Key defender Alex Pearce was withdrawn from the side just before the game, but Longmuir doesn’t anticipate any major concerns.

“He just had a tight calf. We made that call – he would have played.”

Longmuir expects Pearce to be available to face Sydney next Saturday night at Optus Stadium.

While the result entrenched Fremantle in the top-four it was a very different story for St Kilda, with coach Brett Ratten ruing a fumbled chance to climb into the eight after Richmond lost to Gold Coast.

“We didn’t do our work in the first half and we definitely didn’t do it in the second half where we let ourselves down.

The loss leaves the Saints in ninth position on percentage and with a crucial clash against the Western Bulldogs next Friday night.

With winnable games against West Coast and Hawthorn followed by a final three weeks facing Geelong, Brisbane and Sydney the ball is very much in St Kilda’s court if it is to figure in September.