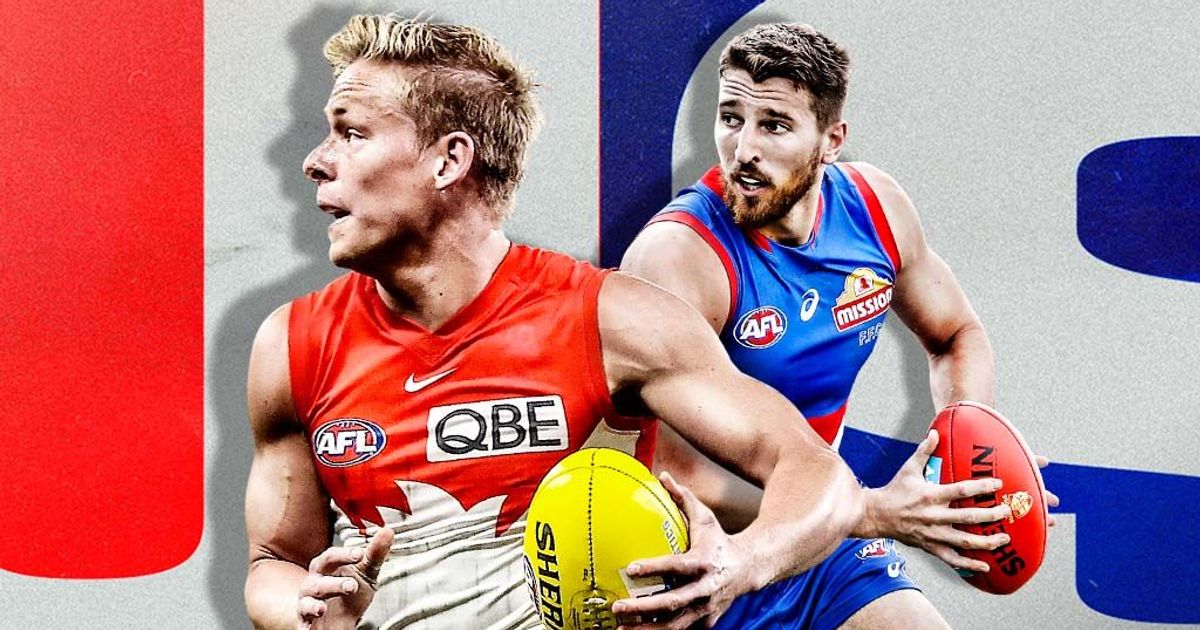 SYDNEY and the Western Bulldogs are aiming to bounce back from costly losses in a crunch clash at the SCG on Friday night.

The Swans (9-6) are almost certain to fall out of the top eight if they are beaten by the Bulldogs, who are 8-7 and also fighting for a finals spot.

Last year’s Grand Finalists, the Bulldogs were beaten in Brisbane last week, while Sydney was upset by Essendon.

Those defeats dented their finals chances and a loss in Sydney could see the Bulldogs sitting two wins outside the top eight at round’s end.

The Bulldogs get a boost with Tim English and Ed Richards returning from their respective concussions, with Tim O’Brien and Hayden Crozier among four omissions.