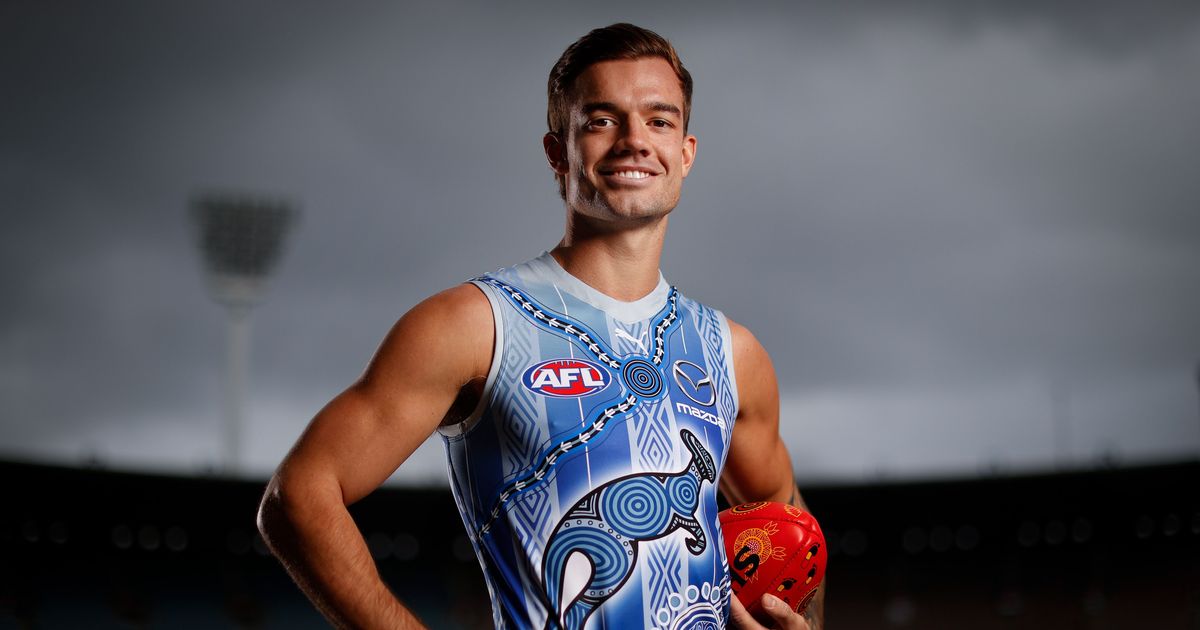 JY SIMPKIN remembers the session, and the bake, that started his AFL journey.

The midfielder, then heading into his NAB AFL Draft year and already considered by clubs a potential first-round pick, had been invited to spend the week training with Melbourne during the summer of 2016 as part of an AFL Academy program.

Arriving at the Demons with fellow draft hopeful Ben Ainsworth, who would ultimately head to Gold Coast later that year as a top-10 selection, the pair were put through their paces with experienced Melbourne players. It didn’t take long for Simpkin to get his first brutal lesson about life as an AFL player.

“It was an awesome experience. As a 17-year-old, going and seeing all of these AFL stars. I also had one of my good mates just drafted there in Clayton Oliver, so that made me feel a little bit more comfortable,” Simpkin told AFL.com.au from the team’s hotel in Darwin last week.

“One thing I do remember, me and Benny Ainsworth were there together and we were doing a tackling drill. I forget who it was, but someone didn’t give a first-time handball and they got tackled.

“One of the coaches, I can’t remember who, he absolutely sprayed him for not giving a handball. Every time I got the ball from then I was just giving it off. I just kept thinking, ‘I’ve got to get rid of it because I’m not getting sprayed by a coach’.”

Overseeing that drill was Dan McPherson, North Melbourne’s general manager of football performance who had previously spent the last eight years at Melbourne as the club’s football operations boss.

What he saw during that week back in the summer of 2016 was what has played out over the last six seasons since Simpkin was drafted to Arden Street, as the 24-year-old has become a Kangaroos best and fairest, a club vice-captain and arguably one of its most important players.

“Even that week, as a 17-year-old kid, he was the best on track for the couple of main sessions that he did,” McPherson told AFL.com.au.

“He’s always been someone that I’ve kept a bit of an eye on since then and nothing has changed since the first day I walked into the club. The way he trains and prepares himself is top shelf. That carries into how he performs. It’s no surprise that he’s a really good, consistent player every week.

“But there’s been an enormous burden on him without Ben Cunnington there, with Jed Anderson not there at the start. He’s only very young himself still. He’s another guy who could benefit from more mature guys around him.”

To the staff inside North Melbourne, and perhaps externally where Simpkin’s output has been increasingly put under the spotlight this season, there’s a sense the Kangaroos onballer is one of the side’s most experienced players. The reality is that he’s only just turned 24.

Elevated into the leadership group at 21 and appointed a vice-captain of the club at 22, Simpkin displays maturity beyond his years. Part of that is down to who he is as a leader and a person, part of it is down to the club’s drastic list overhaul, and part of it is down to him having to shoulder an increased burden in the midfield following the loss of Cunnington to a testicular cancer diagnosis and Anderson to a delayed start to the season.

While the added responsibility has weighed heavily on Simpkin at times so far this year, his attitude and demeanour hasn’t changed. If anything, the respect he has garnered internally at Arden Street has risen considerably as a result of the way he’s attacked the setbacks and soldiered on.

“It’s funny. When people talk about me, it feels like I’m a 30-year-old and I’ve been around for ages. I’m always put in the older group, but I’ve only just turned 24,” Simpkin said.

“There are so many younger guys below me. They’ve been around for a couple of years now and they’ve been at the bottom this whole time, so it’s just trying to help them and keep them motivated to keep turning up each day to get better.

“They’ve got to just put in the work. At times, especially in Melbourne when it’s five degrees and it’s pissing down and you haven’t won a game in a month, it can get pretty tough. You’ve just got to come in with a positive attitude, keep getting around the young lads and everyone really. You’ve got to keep them motivated to keep coming in and getting better.”

Currently deputising to veteran Jack Ziebell as vice-captain, alongside the more experienced Luke McDonald, it’s no surprise Simpkin is viewed as a skipper in waiting at North Melbourne.

But while inheriting the captaincy is something that Simpkin has thought about – and something he’s more than willing to take on one day – it’s not his sole focus. That, instead, is set firmly on helping the Kangaroos out of their current predicament.

“I do have leadership aspirations for my career. Whether it goes down that track or not, I know within myself that I’m a leader around the boys and especially around the young guys,” Simpkin said.

“When Ziebs’ time is up, I think it’ll come down to a couple of us – maybe myself or Luke McDonald. But I don’t look too far ahead to be honest. If you start looking at that, it just adds those extra pressures.

“At the moment, we’ve got enough going on inside and outside of the club to be worrying about other things. There are definitely aspirations one day to lead the football club, but I don’t stress about it too much.”

Simpkin’s role in mentoring some of the club’s younger players has extended to its first ever No.1 pick, Jason Horne-Francis. The two have become incredibly close since the South Australian arrived last November, sharing a tight bond both on and off the field.

As well as the obvious attention that comes with the tag of being the first selection in a national draft, Horne-Francis has garnered headlines for his contract talks and a trip home to South Australia over Mother’s Day. All of that having played just 11 AFL games in his career to date.

Simpkin – who also moved away from home as a teenager to boarding school at Scotch College, having originally lived in Mooroopna in country Victoria – can empathise with the challenges that Horne-Francis has faced and has helped him navigate the tricky period early in his career.

“I try and get around him as much as I can,” Simpkin said.

“Especially for the guys that come from interstate, you try to make them feel welcome and like it’s a good place to come. Even I know, having moved away from home to go to boarding school, it can be tough at times – especially if it’s the first time being away from your family and friends and your normal environment.

“I’ve definitely been trying to help Jase out a lot this year. Me and him have become really good mates. I love him. He’s got a great personality and he’s a funny kid off the field. He’s also got an angry head on him on the field, which I love.”

North Melbourne takes on Greater Western Sydney on Sunday looking to snap a demoralising 10-match losing run, where the side’s average margin of defeat has quickly surged over 10 goals. It has undoubtedly provided Simpkin and his Kangaroos teammates with their most challenging test in footy yet.

But the courageous midfielder is keen to overcome the disastrous spell of form. Having set the example for his younger teammates at training and on game days so far this season, Simpkin sees a turn, and an improvement, coming soon.

“No doubt, it’s been tough. We’ve won one game, so it hasn’t been very easy. It’s been like this for a couple of years now, which is a little bit frustrating and annoying,” Simpkin said.

“I reckon the last few weeks, we’ve shown a little bit more improvement on game day. We’ve just got to stick with it and hopefully in the second half of the season it opens up a little bit for us and we can get a few more wins on the board.”