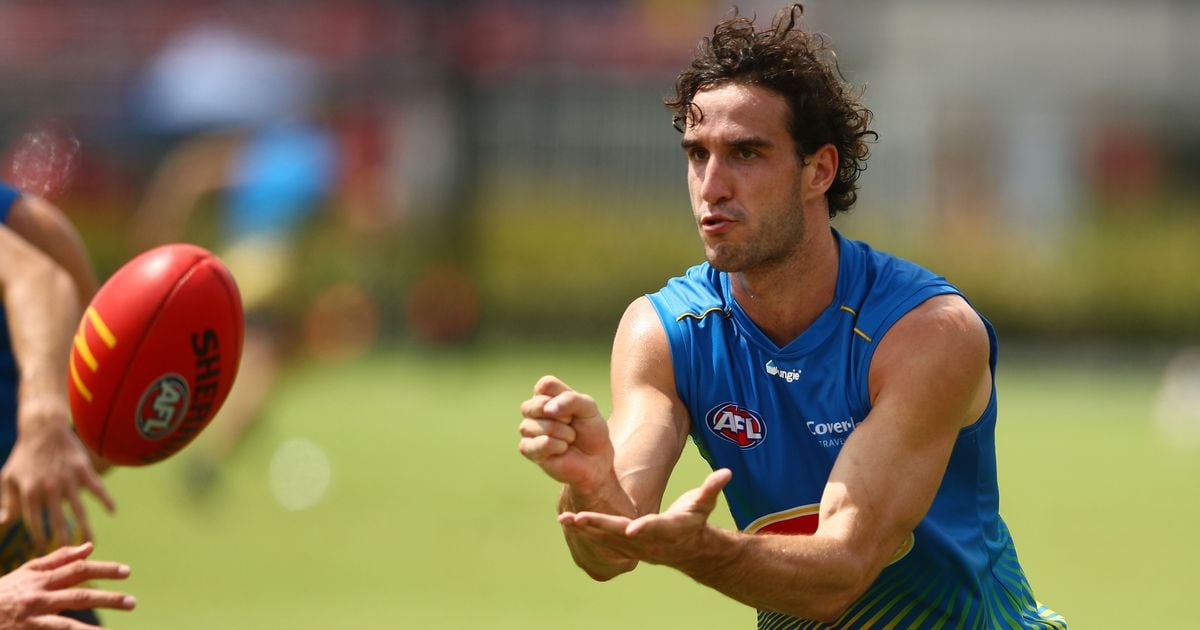 The 21-year-old forward was about to compete in a marking contest with draftee Mac Andrew and crumpled to the ground just before jumping.

He was quickly surrounded by teammates, medical staff and coach Stuart Dew.

King did a handful of exercises while laying on the ground before being assisted back to the club’s headquarters.

He underwent scans on Thursday afternoon and was hoping for better-than-expected news.

“We’ll just have to wait and see but fingers crossed,” he told the Nine Network.

“That’s just footy. Get injured, that’s just part of it.”

Andrew – the No.5 pick in last year’s NAB AFL Draft – appeared to injure his ankle in the same contest and left the field to have it iced. Neither returned to the match simulation.

Gold Coast football performance manager Wayne Campbell said: “Ben left the field with an injury and was assessed by club medical staff at the time.

“Ben will get scans this afternoon and we’ll wait on the results of those before taking any further action.”

King is out of contract at the end of the 2022 season, with clubs in Victoria already trying to prise him away from south-east Queensland.

King is a player the struggling Suns can’t afford to lose with the club yet to play finals since entering the AFL in 2011.