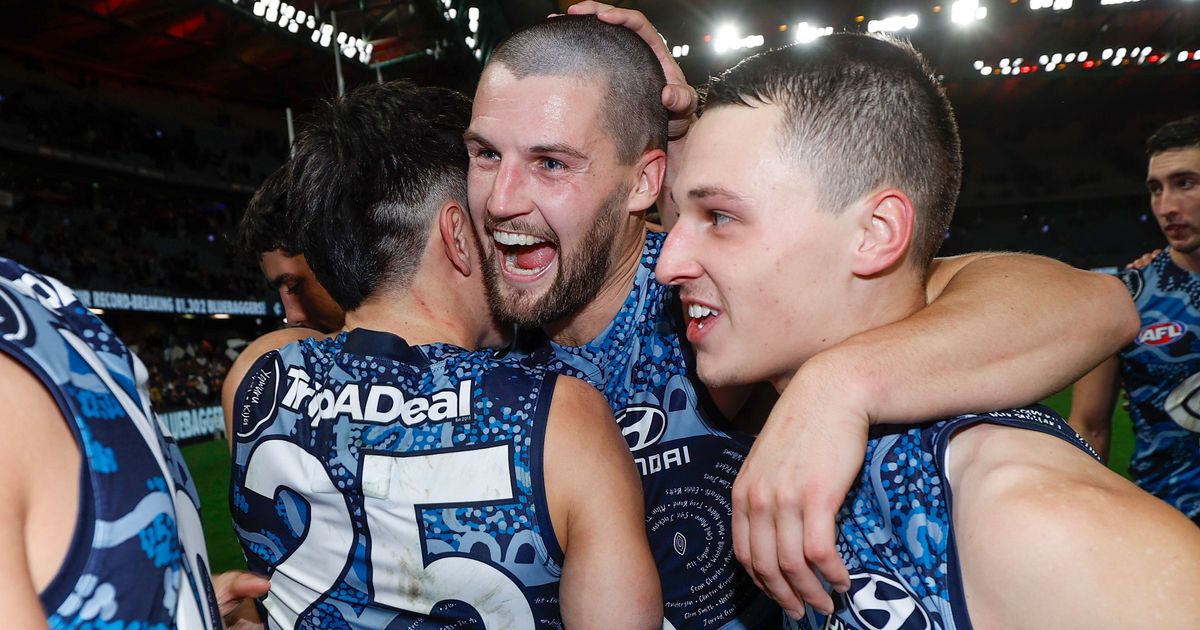 CARLTON is growing its top-four credentials with every week as a delighted Michael Voss praised his side for its impressive win over Sydney on Friday night.

The Blues jumped the Swans in the first half at Marvel Stadium to take a 38-point lead into half-time and then held off the fast-finishing visitors to win by 15 points.

It takes the club to 8-2 and positioned firmly inside the top rungs of the ladder in Voss’ first season in charge, with the new coach and Brisbane great saying the form line was reflective of the work his side had put in.

“I don’t know where I thought [we would] be. And I say that in all seriousness because the very first thing that I didn’t want to do was put a cap on where we needed to be and what we needed to do,” Voss said.

“We just had a lot of work ahead of us. But certainly with now the results that they are I couldn’t ask for anything more I don’t think and we’re learning as we go which is a real bonus for us.”

Carlton will go into next week’s clash with Collingwood strong favourites before its round 12 bye and it then faces rival Essendon in round 13, setting up the possibility of a 10-2 start to the campaign.

Voss praised key defender Jacob Weitering for his performance on Sydney superstar Lance Franklin, with the Carlton defender vital in stopping some of the Swans’ last-term surges.

“He was amazing. I’m not into sitting here and lauding individuals, we all take a really selfless approach with what we try to promote inside the four walls, but you’ve got to acknowledge when it’s right in front of you. He was amazing. He looked so safe and sure and strong,” Voss said.

Meanwhile, Swans veteran Josh Kennedy is set for a long stint on the sidelines after suffering a hamstring injury.

Kennedy, who turns 34 next month and is out of contract this year, was substituted out of the game in the second term with the injury and faces a significant layoff.

“They said it was a bad hamstring. I don’t think there’s ever such thing as a good hamstring but if they say it’s a bad hamstring it’s going to be quite a few weeks you’d imagine,” Swans coach John Longmire said post-game.

Longmire lamented the Swans’ second term as the key point in the contest, but was otherwise satisfied with his side’s effort against the Blues.

“Our second quarter went down by 39 points but won the other three quarters, won the inside 50 count 37-16 in the second half and didn’t have the last finishing that we needed and required in that last quarter,” he said.

“It felt like we were coming home really hard and to our players’ credit they didn’t give up at half-time even though Carlton was fantastic in that second quarter.”