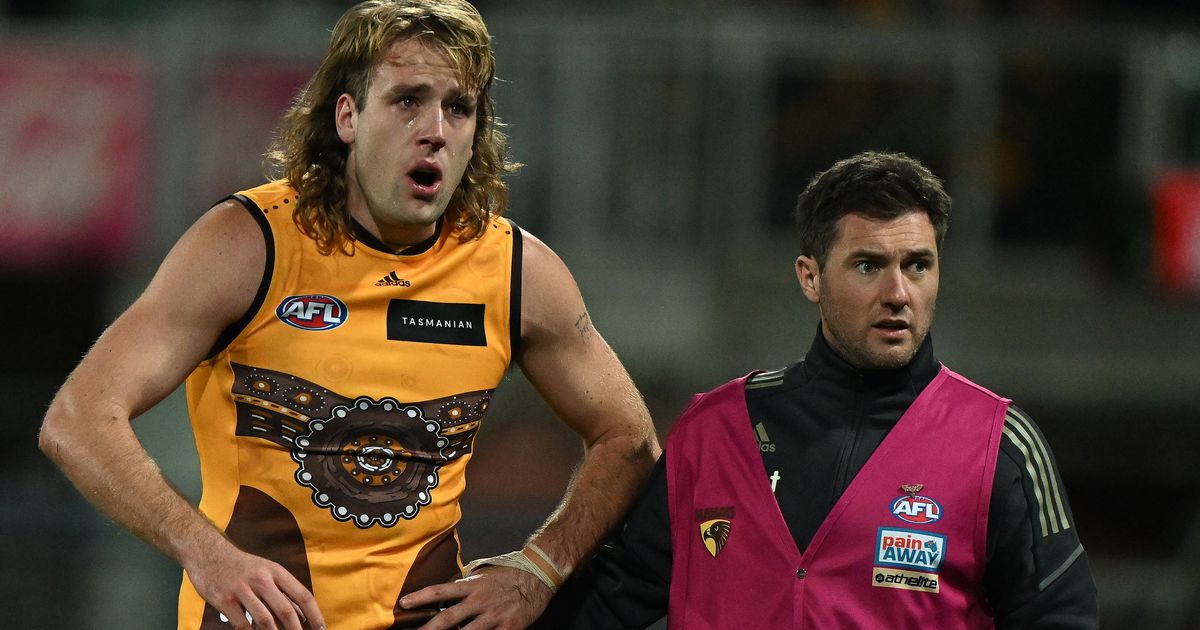 HAWTHORN faced Gold Coast in Darwin on Saturday night without a specialist ruckman, but could have two available for Sunday’s clash against Collingwood at the MCG.

Recruit Max Lynch will need to pass concussion protocols after missing the trip to the Northern Territory, while young ruckman Ned Reeves is in the mix to play his first game since dislocating his shoulder on Easter Monday.

Lynch has endured a frustrating start to life at Waverley Park, managing only six appearances around two concussions – round one and round 10 – as well as entering health and safety protocols before exiting concussion protocols, plus a bout of food poisoning and an anaphylactic reaction to a bee sting.

Reeves hasn’t played since round five and was in contention to return at TIO Stadium early last week before the high-performance team ruled him out for a sixth straight game.

The Hawks have put the 23-year-old through a six-week strengthening program in a bid to get him back on the park in the second half of the season. He resumed contact training last week after building up ruck contact and collision work away from the main group.

AFL.com.au understands that Reeves is likely to require surgery at some point, although the hope is that it can be delayed until post-season with the Hawks to monitor his shoulder closely across the back end of the season.

Hawthorn captain Ben McEvoy is the only other ruckman on the list, but the veteran is still sidelined with the neck injury that has limited him to one appearance in 2022.

Hawthorn list manager Mark McKenzie could consider taking a ruckman in Wednesday night’s mid-season rookie draft to provide the club with some added security in the second half of the season to avoid another situation like Saturday night.

Sam Mitchell’s side was comprehensively beaten by the Suns on Saturday night and will be forced to make at least one change ahead of round 12 after rebounding defender Jack Scrimshaw suffered a concussion in the 67-point loss.

The Hawks should regain star midfielder Jaeger O’Meara for the clash against Collingwood after he missed the game against his former club due to hamstring tightness and illness.

The 28-year-old will need to prove his fitness when the Hawks return from an extended trip to the Northern Territory on Tuesday.