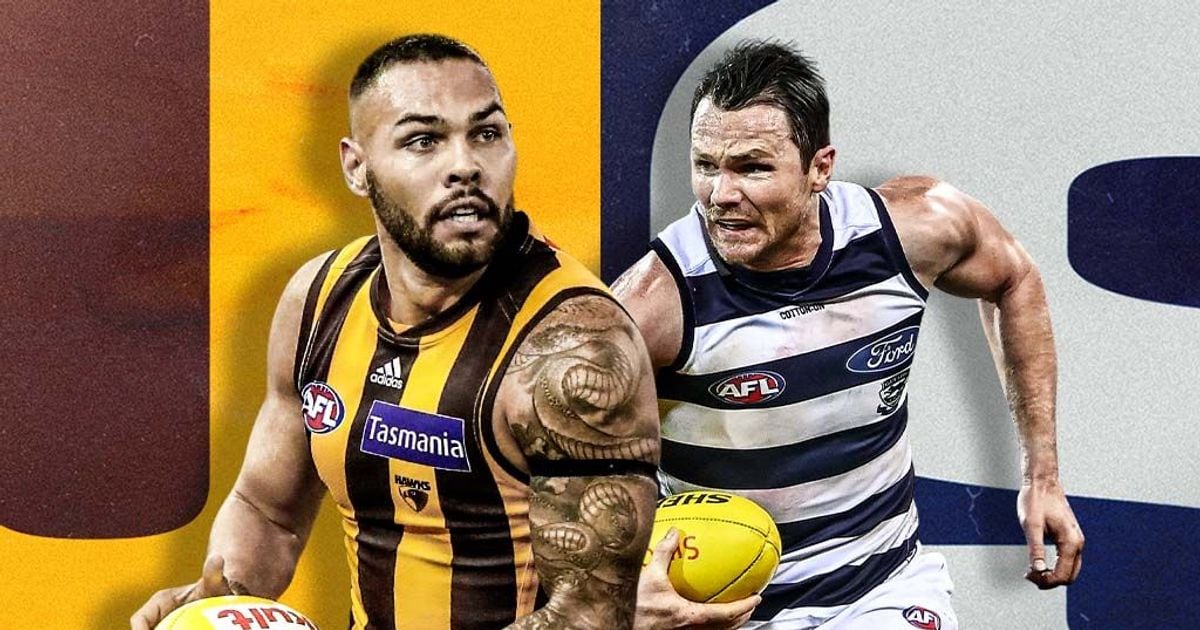 ONE OF the greatest rivalries of the modern era takes centre stage with Geelong and Hawthorn locking horns for the traditional Easter Monday blockbuster.

The Cats are looking like challengers once again this year with three wins from their opening four games, while the Hawks are showing encouraging signs as they look to rebuild under rookie coach Sam Mitchell.

But it doesn’t matter where these two sides are placed as you just know it will always be an enthralling encounter.

At the selection table, Geelong skipper Joel Selwood returns to the side along with reigning best and fairest winner Tom Stewart.

The Hawks have dropped tough midfielder James Worpel, but have added some experience in the form of Liam Shiels and Tom Phillips.