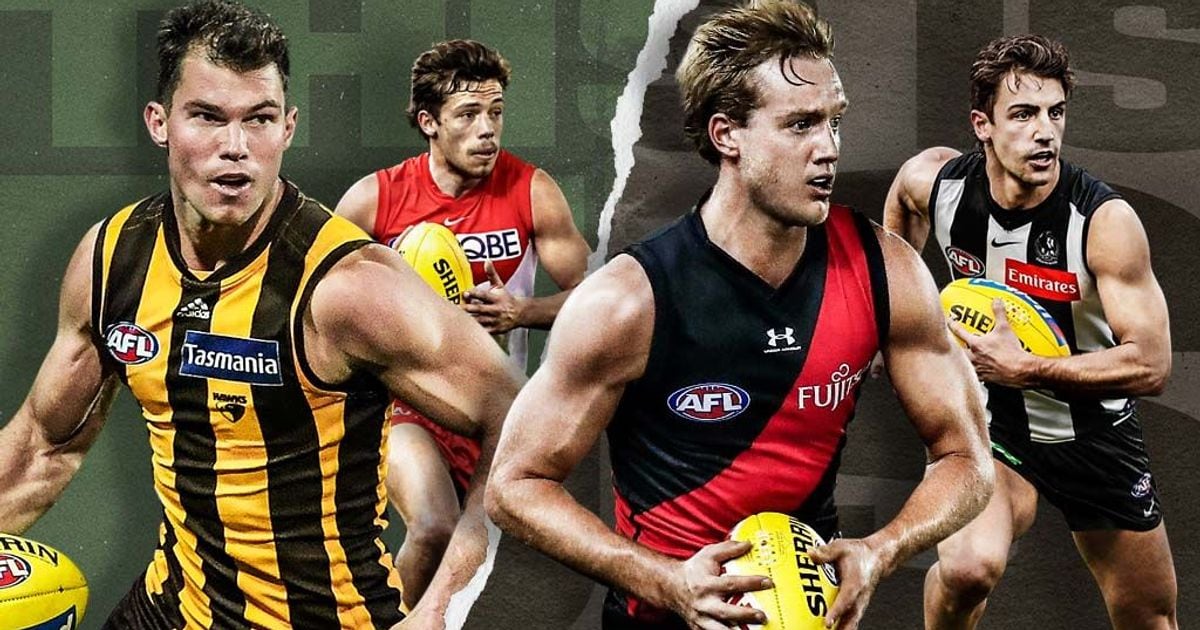 IT’S a massive Anzac Day double-header with two of the League’s best young sides, Hawthorn and Sydney, starting the action in Launceston before the traditional Essendon and Collingwood blockbuster takes centre stage on the MCG.

The Hawks have surprised many in their first season under Sam Mitchell and are coming off the back of a sensational win over arch-rival Geelong.

However, one of the heroes that day was key forward Mitch Lewis who will miss the trip to Tasmania after suffering hamstring tightness from the Easter Monday victory.

Emerging ruckman Ned Reeves will also be missing due to a shoulder injury sustained in the first quarter against the Cats, but young defender Will Day is back from concussion protocols and star Chad Wingard returns after two games out with a corked calf.

Max Lynch comes in for his second game in brown and gold.

The Swans are sitting fifth on the ladder and coming off a big win over West Coast, but they could be feeling the effects of travel after heading home from Perth and now getting back on the plane to Tasmania.

One set of fresh legs coming back into the side is superstar Lance Franklin. They may be 35-year-old legs, but there’s always an extra spring in them when Buddy comes up against his former side.

Essendon hasn’t had the start to 2022 it was hoping for and will be right up against the wall when it runs out to face an in-form Collingwood later in the afternoon.

However, the troops are returning for Anzac Day with game-swinger Jake Stringer and midfield general Zach Merrett both named after missing weeks.

They’re going to have their work cut out, coming up against a Collingwood midfield that’s zinging with the addition of Nick Daicos and the positive effect he’s had on big brother Josh.

Forward Brody Mihocek also returns for the Pies and will stretch Essendon’s under-siege defence, although Jordan Roughead’s omission through injury could even things out at the other end of the ground.