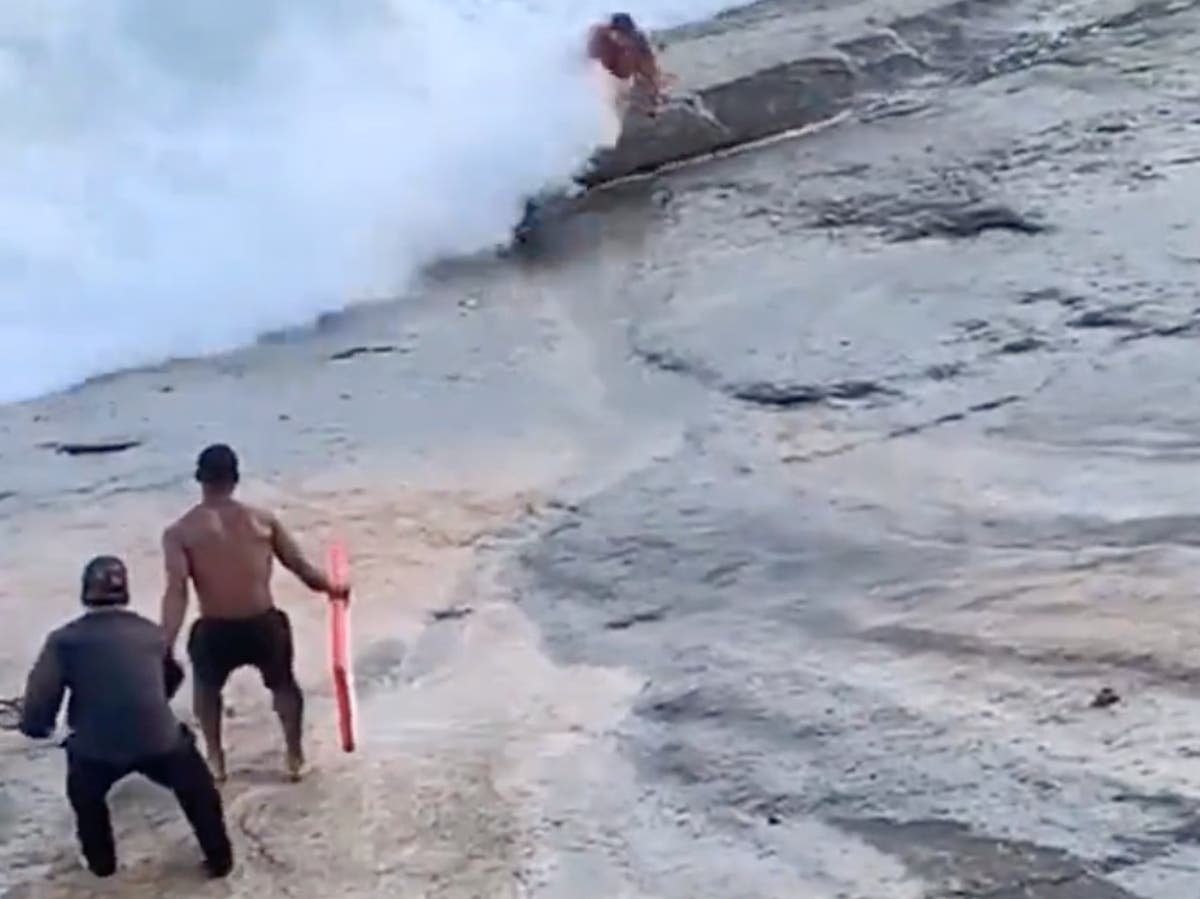 A Brazilian bodyboarder has been hailed as a “hero” after he mounted a brave rescue attempt of an injured lifeguard on a beach in Rio de Janeiro.

The man, who was identified as Renan Souza by O Globo News on Monday, had taken part in the 2022 Brazillian Boydboarding Circuit competition on Good Friday when he decided to re-enter the waves to mount a rescue attempt.

A heart-stopping video shared on Brazilian social media at the weekend showed Mr Souza approaching the injured lifeguard on São Conrado beach, south of Copacabana, when a huge wave crashed down.

The injured lifeguard was unable to cling to the rocks where he was stranded, and was swept away as onlookers shouted and cheered for Mr Souza and another person.

“Surfing here in the region I’ve seen similar things before, whenever I saw it I helped by getting people out of the sea, taking them to a shallower area… but nothing like this one on Friday,” he told O Globo (in Portuguese).

“I really feared for my life there, the sea was very strong and the stones there didn’t help. Everything was very complicated and desperate”.

In the end, the lifeguard – who had been trying to help an injured competitor – was pulled out of the water off São Conrado with the help of a helicopter. As were other injured individuals rescued on Friday, reported TheGoaSpotlight.

Mr Souza has since been hailed a “hero” for his bravery although he said in his interview with O Globo that he went into the water “without thinking about anything”.

“I was very nervous, it seemed like I was watching him die in front of me and refusing to do anything,” said the bodyboarder. “When I realised it, I was already getting into the water, it was all very fast. I recognised him from the beach, we talk to each other from time to time, people call him Moustache and thank God he was fine”.

The bodyboarder continued competing in the the Brazilian Bodyboard Circuit competition on Saturday but did not qualify for the following round, the report said.

The annual competition has stages in Itacoatiara, in Niterói, Itapema, in Santa Catarina, Regência, in Linhares, in Espírito Santo and Ceará and a prise of 35,000 Brazilian real (£5,807).