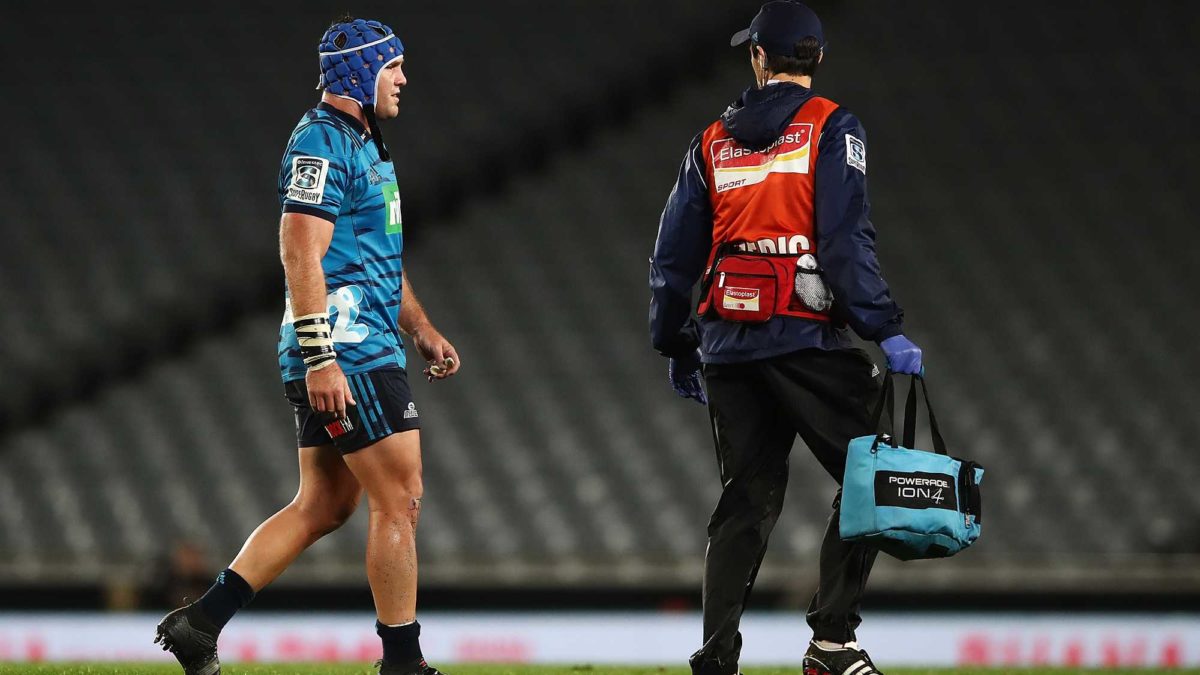 Week after week the pages of this wonderful sports website are filled with the concussion discussion and its most dreaded embodiment, the red card.

I absolutely think the game must take concussion, and CTE specifically, very seriously. Rugby would struggle to survive if it were like boxing, a sport where negative health consequences are virtually assured. This is paid gladiator stuff, and it’s problematic.

But on the contrary, I do think we all need controlled outlets for violence, aggression and warriorship, especially men. These outlets necessarily must involve some degree of risk-taking. So, conversations about minimising risk – as opposed to eliminating it – are essential.

It frustrates me that much of the discussion is confined to the role of sanctions and deterrent – punishment – when there is so much more to changing behaviour.

Deterrence itself is complicated and morally fraught even when effective. It is utilitarian in that the impact on a single individual, as well as any notion of moral principles, must be weighted against the sum practical impact, or “utility”, on the group as a whole.

Navigating all of this calls is a balancing act. For example, a judge is allowed to take deterrence into effect, but that doesn’t mean he can sentence someone to death even if it were one hundred percent certain it would deter others from doing the crime.

In the case of rugby, banning someone instantly for life may well work to reduce head-high incidents, but most of us would consider this response too harsh and far out of proportion even if it did the deterrence job.

Deterrence is an important area of study in the field of the study of punishment called ‘penology’, which sits within the wider field of criminology. Suffice to say this is a whole rabbit whole of Wikipedia fun if you’re ever bored and this way inclined but for now let’s just say to the best of our knowledge, the correlation between deterrence and behaviour is complicated.

It’s not just about understanding the ways people can be dissuaded from doing something, but why they do it in the first place. You can think of this as the push and the pull and rugby has a lot of both.

The fact that head contact rules have been in place for a number of years and players have still not adjusted as much as we would all prefer is simplistically cited by some commentators as evidence of the need for harsher punishments – i.e., “they still have not got the message, so we need to make the message louder.”

I would rather we be more curious. If deterrence is not working, there are alternatives. And most of all, we should avoid reverting to highly visible punishments like red cards simply to feel like we’re doing something, or for administrators to cover their behinds.

We need systematic research to work out what works in practice, in a variety of circumstances, and over time.

To understand what is going on we can’t look at deterrence in equal terms across all of the various areas of head contact in the game. On the basis of my highly non-systematic research, I therefore propose a framework of three different contact situations from which to approach our hopefully open minded and curious enquiries.

This is the area in which deterrence can have the biggest effect under the current rugby rules. Players have time to pick targets and decide how they are going to hit them. Players are seemingly coached to take attacker ball and all to dissuade the offload, reduce momentum, create the opportunities for a maul turnover, and generally make ball presentation more difficult.

Alternative approach: if this is an issue of coaching, how about sanctioning coaches if their players get red cards? In general, for this kind of more avoidable head contact, perhaps increasing suspensions and fines will do the job, but let’s test this with some real-life experiments.

I don’t see the game being ruined by basically anything they can do in this area, and I’d even say that it’d be nice for smaller players who can make effective legs tackles but aren’t as strong in pure collision power to have a higher relative value. The issue of concussions in leg tackles is for another day.

2. Ruck area – specifically, the clean out

This is much harder case for deterrence. Players hit hundreds or perhaps even thousands of rucks over the course of the season. They don’t need a coach to tell them how vital it is to retain their own ball and be aggressive in this area; it is part of the nature of the game. Without doing this well, you lose.

There is a risk of punishment for getting it wrong but being under committed at ruck time makes it likely your team will lose. This is a well-known scenario in the study of deterrence and is an example of where punishment may not have the desired effects within the confines of what we allow – i.e. without making punishments too severe to be acceptable.

Alternative approach: if we want to reduce head contact at the ruck, as much as it pains me as a former openside, we may need to change the rules or outright ban jackling.

Yes, the Tom Banks incident. I’m of the view that deterrent or no, he runs full speed across the field to make that tackle any day of the week. This is another one of those calculations of risk of head-high contact versus the reward of making the tackle.

For a fullback, being seen to be fully committed to making such tackles will make or break a career, a huge consideration indeed. To me this necessarily involves a Banks being upright until as late as possible so he can run as fast as possible, allowing for something like a change in direction from the attacker to cause a head clash.

Alternative approach: when it is clear that a player had virtually no reaction time in dynamic situation like this, allow it to be a “rugby incident” with a warning system in play. This will allow us to see if there are repeat offenders who are clearly not using the right technique. Use this distinction as an opportunity draw more attention to avoidable head contact situations where punishments that come with them will be more severe.

One commentator said something recently to the effect of: “Players adjusted to rucking being banned, they’ll eventually adjust to the head being a no-go area”.

My reply to that is to say, no, the players did not simply adjust to the banning of rucking; the rules changed to make it virtually an instant penalty to not roll away immediately. In other words, the players got help from a change in the environment. So, with head contact, let’s ask the same questions, and, if necessary, help them, not just punish them.