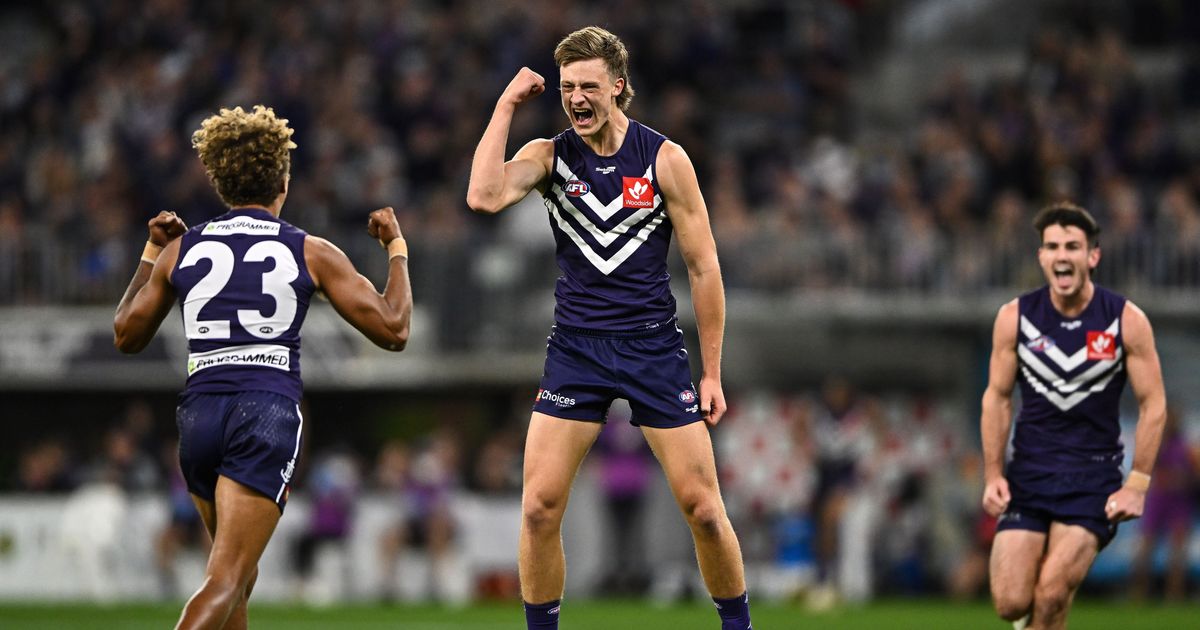 FREMANTLE has ticked every box needed to prove its credentials during a six-game winning streak, but Sunday’s clash against Gold Coast presents a new test for the young group in its quest to cement consistency as part of its DNA.

In the past two rounds, the Dockers have notched their most significant win under Longmuir, against Geelong at GMHBA Stadium, and their biggest, thrashing North Melbourne by 78 points at Optus Stadium.

The Purple Haze is rolling, but these crucial weeks that follow will now give the Dockers an opportunity to prove they are no longer letting big performances linger in their minds.

Consistency and professionalism are the measures of a top-four team that Longmuir was most keen to embed after a 2021 season that saw the Dockers’ biggest wins followed by their most disappointing defeats.

Their biggest win under Longmuir last year came against Hawthorn (62 points in round 17) and was followed by a 69-point loss to Geelong. In round six they beat North Melbourne by 51 points and backed that up with a 59-point loss to West Coast.

By the end of the season, the Dockers’ six heaviest defeats had all come immediately after wins as a late finals bid fell short.

All the evidence presented since round three this season suggests the Dockers are a different team. They are now the “reliable” unit Longmuir wants to mould, having worked hard since the summer on building consistent habits.

WHY DOCKERS ARE FLYING Change in mindset behind Freo’s form

“It starts over pre-season bringing the right attitude to everything we do, whether that be weights, meetings or on the training track, becoming a really consistent group of athletes,” Longmuir said this week.

“During the season it’s been about making sure we keep coming back to what’s important in our game, both individually and as a team.

“All our coaches have been meticulous in re-setting our players to what’s important in their own roles, and my job as the head coach is to make sure we’re really focused on what’s important to us as a footy club.

“That’s driven by the players as well and from the leaders down to make sure players are really switched on.”

The extent of Fremantle’s consistency this season can also be captured by their turnaround on the road, already matching the club’s three road wins from last season with a perfect record away from Optus Stadium this year.

They have lost their past three clashes against Gold Coast at Metricon Stadium, however, last beating the Suns at the venue in 2015, with Longmuir insisting the Dockers would need to roll up their sleeves at the contest to break that run.

The Geelong win in round seven was a statement that the Dockers have the system to be a top-four team, and last week’s big win against North Melbourne provided another tick for their depth of talent.

This is the week for the Dockers to underline their consistency, winning a game on the road they are expected to and putting the big wins of the past fortnight behind them.