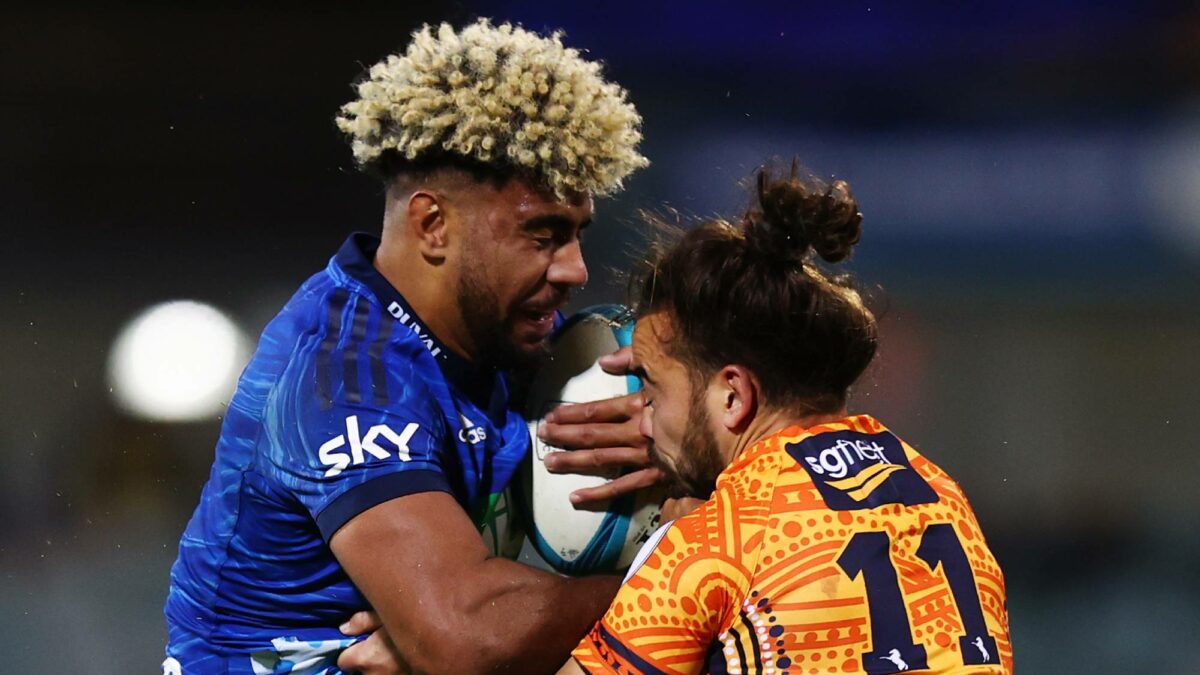 And so we are here – finals!

Not long after it all began, I posted the folly of having 66 per cent of the competition making the finals.

It is maybe close to unique in a professional 12-team competition at this level.

Understandable? For this first season of the new format, maybe, but only just at that.

In a post I made pre-season, I stated that five Kiwi sides and three Australian sides would make the finals: the Reds, Brumbies and Tahs.

The top four would feature at least three Kiwi sides, two of whom would be the Blues and Crusaders, and there might be a scrap for the seventh and eighth positions.

Many others could have predicted this as well, and no doubt did, but that is what happens when two thirds of the sides in a 12-team competition play finals.

And especially in a comp that features two Pacific sides still finding their way, and two Australian sides including one that was in the wilderness in the west for some time, and the other (the Rebels) that are a hit-and-miss side as they again showed this season.

They are pumpkins against the Blues away one week, and underdog fighters the next.

To their credit, the Rebels gave themselves a chance but when you are relying on an Australian side like the Force to keep the Highlanders away from just a bonus-point loss – albeit a pretty ordinary Highlanders team – it really was a case of far too little way too late.

In truth, I did not think it would be the Highlanders in that scrap for the eight.

But equally, I most certainly do not think the Highlanders deserve to be a finalist side.

This is a side who has won four games from 14 matches. That is less than 28.7 per cent of their games.

Sorry, Highlanders fans, but that is just farcical. We are now rewarding the ordinary and the average with finals berths.

As NZ rugby scribe Liam Napier penned in the NZ Herald on Monday morning, “There is a sense of irony that the bloated finals format, a compromise struck during negotiations between the New Zealand and Australian rugby unions for the new competition to guarantee an Aussie presence, has ultimately benefited the worst-performing Kiwi side.”

Only in a silly finals competition with no integrity can this happen.

Equally, though better, the Hurricanes, Reds and Waratahs have all won eight and lost six.

At least they are all on the same playing field in terms of win-loss ratios, but hardly screaming championship finals sides in a 12-team competition that has four sides that do not have the credentials of the other eight by a long shot. Although they provide upsets.

A rather fallacious argument has been made that teams suddenly came good at the end, proving they deserve to make the finals, and they are rewarded by this generous final allocation system.

The Highlanders are a long way from making that argument stand up.

Excluding the results against the bottom four sides, the Waratahs, Hurricanes, and the Reds hardly support that argument either.

The most wins (though, yes, not all) came from playing the bottom sides, heavily depleted top-four sides, or each other when someone had to win.

As an example, though I am not picking on the Tahs, the Tahs’ loss to a Blues side minus 14 front-line players and with a 14-3 lead is hardly showing form coming home at the business end to support that argument either.

And sorry, but no, losing well is not showing form leading into the finals unless you’re a comedian.

So why is it so silly and completely lacking competitive integrity when that was a big part of the problem with the previous conception of the competition?

It seems some just will not learn.

At the time, giving a 12-team comp the genuine integrity of having to fight for the top four positions with no quarter-finals was not going to work for investors who demanded the certainty of Australian sides featuring in the finals.

As it turns out, Australian sides have lifted their game, including the Brumbies and Waratahs.

That is to their great credit after the COVID drama and other uncertainties.

But some things remain the same, and some on both sides of the ditch have failed to seriously impress. And yet they still they make the finals.

But the competition is also lopsided to give advantage to the Australian sides making it through to the top four as they do not play the Kiwi sides twice.

This is no doubt another piece of the bargaining process.

And I would not be happy if I was the Force and Rebels, just quietly. Was it just coincidence they got two home games in the five-game cross-Tasman Pacific section of the competition while the Tahs, Reds, and Brumbies – the sides most likely to challenge the Kiwi sides’ four top-four placings – got three home games?

Was it just sheer luck that the Brumbies and the Tahs got to play not one but both of NZ’s two top sides before the start of season (the Blues and the Crusaders) at home?

The final results are not what is important here, but it would seem every attempt has been made to ensure the three best Australian franchises get every advantage possible against NZ’s current two best sides to aid them in making a top-four berth or at least get a bonus point, if not the win.

And especially when it is argued that a home ground is worth five to seven points. This is debatable, but there it is.

This also makes a mockery of competition integrity. And before someone says the June internationals and time, then let’s make it fair.

Or let’s just scrap the two localised comps and make it an all-in competition from the start with everyone playing each other twice and only the top four sides making the finals.

Now that is true integrity of competition.

But alas, the Australian TV brokers and their investors will not have a bar of that – at least for now anyway.

But the one thing they can and must do is scrap eight teams making the finals in a 12-team competition.

I will leave the last word to Ian Napier from the same article linked above.

“Aspects of Super Rugby Pacific are worth celebrating. They offer hope that the long-term future will feature the Drua and Moana evolving into consistently competitive foes, and that a true sense of jeopardy will develop over time.

“The eight-team playoffs has the opposite effect. Promoting mediocrity only serves to act as a deadweight dragging the competition down as it attempts to get off the ground.”