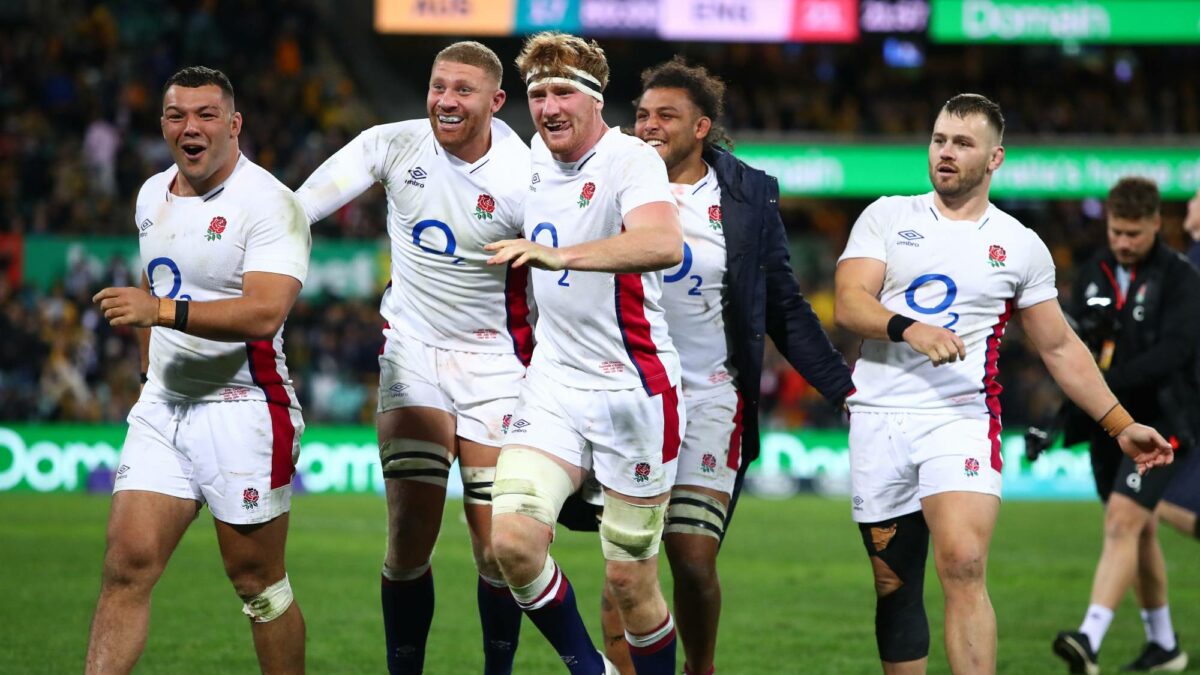 They came to bury him, now after a resilient series win in Australia, fighting back from one Test down, the British press pack praised head coach Eddie Jones for his ruthlessness and big calls to stymie the Wallabies.

While England won the 2016 series here with a whitewash, Jones took even more satisfaction in seeing his team coming from behind to win the series with a squad which included five players making their debuts.

Pilloried after their opening loss in Perth, Jones was under the gun from the rugby scribes with his job, so they said, under threat … but the gritty 21-17 victory at the Sydney Cricket Ground through a herculean defensive effort has kept the wolves from the door.

Join The Roar experts Brett McKay, Harry Jones and Jim Tucker for their verdict on the third Test

“Eddie Jones may no longer rule the England squad with an iron fist, having agreed to his players’ request to ease off the intensity, to stop firing out 4am text messages and to halt the 6am training sessions, but his ruthless streak remains as sharp and brutal as ever,” The Sunday Times’ Alex Lowe wrote.

“There were shades of 2016 when Danny Care was replaced after 36 miserable minutes as England fell behind. It is the kind of decision that can end an international career. Six years ago, it was Luther Burrell and Teimana Harrison who were hooked early as England stormed to a 3-0 Test series victory against the same opponents.

Vociferous critic Clive Woodward even doffed his cap to Jones.

“Well done Eddie Jones and England. It is really pleasing for me to actually say that,” Sir Clive conceded in the Mail on Sunday.

“At the final whistle, you could see how much a series win in Australia meant to the team, and I have to give credit to Jones for fixing the huge mistake he made by starting Danny Care.

“I take my hat off to Jones for that, because it was a big, bold call. As England coach I never substituted a player before half-time, but the decision to replace Care at scrum-half was the right one.

“It was a massive error. Care had a really poor half an hour, but Jones realised he had made a mistake and rectified it quickly. It takes guts to do that and his move paid off. Van Poortvliet made a huge difference when he came on.”

Former England captain Lawrence Dallaglio said while a series win in the southern hemisphere was a “significant achievement”, England have still to close the gap on France and Ireland ahead of next year’s World Cup, but the team is heading in the right direction.

“Series wins in the southern hemisphere are significant achievements and this one will accelerate the maturity and big-game intelligence of the younger players — so important a year out from the World Cup — as much as winning 15 caps would,” Dallaglio wrote in the Sunday Times.

“The resilience of the men in white seldom looked in doubt. Have England closed the gap on France or Ireland? No. Anyone who watched events in Dunedin and Wellington will see that Andy Farrell’s Ireland remain more advanced.

“What we can also agree on, though, is that England are going forward again. Not with the impetus of Bundee Aki hitting the All Black defensive line, but the important thing is that they are heading in the right direction.”

Stuart Barnes, writing in the same newspaper, said Jones – “who regards himself as too clever by half” – got it so wrong, yet got it right over the hooking of the ineffective Danny Care.

“It was so typically Eddie Jones. He got it so wrong, yet he got it so right. The decision to start with 35-year-old Danny Care at scrum half proved to be the mistake that many thought it would be.

“Yet the England head coach will rightfully point to another accomplished bench performance from Jack van Poortvliet — 14 years Care’s junior — as proof of his tactical acumen.

“The right man was on the field for the majority of the game. That was more a matter of ill luck for Care and poor judgment on Jones’s part. Care’s selection will be bracketed in English rugby history with those of Luther Burrell and Teimana Harrison. The centre and the back-row forward were infamous hunches that went wrong during England’s whitewash of Australia down under six years ago.

“Like Care, neither Burrell nor Teimana made it to half-time. It was written up as the errant genius of the man, such was the feeling towards a coach who could not stop winning in those heady days.

“These are different times. The lack of victories has become a problem, as has the quality of the performance. Still, for a side uncertain about winning, the result was all that mattered for England.

“The admiration for Jones’s ruthless streak lingers after all these years but the worrying feeling is that he regards himself as too clever by half. That concern runs like a strong undercurrent through any valuation of this series win.”

The Sunday Telegraph’s Daniel Schofield pointed to England’s defensive steel for pulling off the series-clinching victory.

“Coming into this deciding Test, Eddie Jones had prioritised the performance over the result. The performance will have to wait for the autumn, but Jones got another series victory against Australia and also discovered a deep well of fighting spirit and defensive grit,” Schofield declared.

“In common with the first two Tests, England had to withstand a furious Australian fightback having jumped into a lead provided by tries from Freddie Steward and Marcus Smith.

“In Perth they crumbled with Billy Vunipola’s yellow card before holding the Wallabies scoreless in the final quarter of their 25-17 second Test victory in Brisbane.

“This was even more impressive. In the second half alone, England made 114 tackles. After Folau Fainga’a’s 66th-minute try, Australia were banging at the door, going through phase after phase.”

“We just stayed in it,” Lawes said. “We have fought for each other… I mean, they give us a good bit of fuel in the press to be fair. They were talking smack about us.

“We saw plenty of stuff in the press from their players and what they were saying – some people targeting Gengey and some people calling us Poms and what-not. It’s all good fuel for our tank and any good team uses that as motivation.

“That motivated us a bit but the boys stuck together, stuck to our guns. We didn’t fire that many shots tonight unfortunately but we found a way to win. That’s the big improvement.”

Charlie Morgan, in The Sunday Telegraph, said England still have areas to address ahead of important pre-World Cup Tests at home later this year.

“While undeniably dogged, a series win over the Wallabies leaves England with familiar areas to address ahead of an autumn in which Argentina, Japan, New Zealand and South Africa visit Twickenham,” Morgan opined.

“That said an away victory still ranks as a significant achievement that should breed confidence as they hit the home straight of the World Cup cycle. And the role of Eddie Jones cannot be underestimated.

“Evaluating in-game replacements leaves one open to hindsight bias, but it has felt as though the England head coach had lost his Midas touch in this regard with his side slumping to late lapses. Jones will be pleased with the impact of his bench in this triumph and deserves praise for the timing of his changes, too.”

The Guardian’s Robert Kitson summed up England’s series as notable, but work still to be done ahead of the World Cup.

“Every series win in the southern hemisphere is a notable effort, regardless of how it is achieved,” wrote Kitson. “Never mind that England have clicked only sporadically in Australia and have been up against a Wallabies side who have frequently let them wriggle off the hook.

“The balance of England’s attacking game clearly still needs attention but they have won consecutive fixtures they could easily have lost. That implies there is little wrong with the squad’s spirit and they have also unearthed some youthful talent which is set to ripen further over the next year or so.

“It may even be that these two sides meet again in the last eight of next year’s World Cup in France depending on certain pool results. If so, England will not want to allow their opponents 60% of the ball and cannot rely on the Wallabies making a wombat’s ear of as many scoring opportunities as they did here.

“England’s player of the series? Steward, already his country’s player of the year at home, has been consistently outstanding with Van Poortvliet and Ellis Genge not far behind. Farrell’s goal-kicking and Courtney Lawes’s calm captaincy have also been influential at certain times, particularly with so many other senior faces sidelined.

“As for the Australian Rugby Union, it can only hope this series has been a sufficient spark to rekindle the game among home fans heading into the 2025 British & Irish Lions tour and the 2027 Rugby World Cup. Rugby’s profile has dipped significantly in these parts and a winning Wallabies side would help massively. This time around, though, it has been England’s month.”