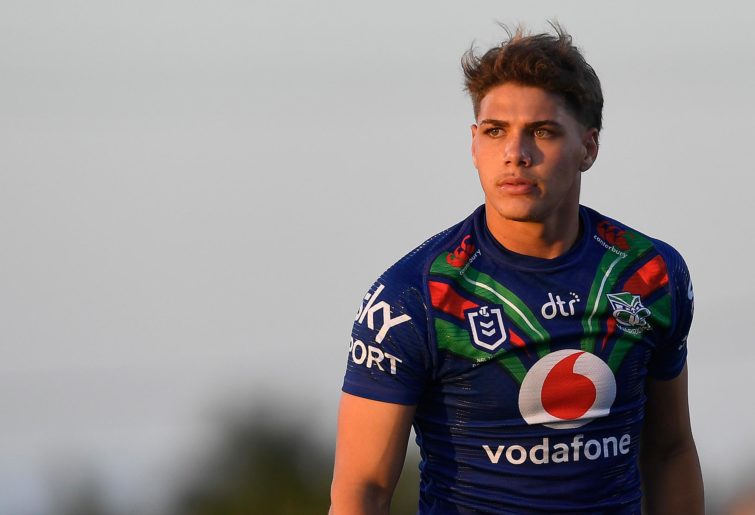 Craig Bellamy has laid bare the problems facing Melbourne after their fourth loss on the spin, a dispiriting 24-12 defeat to South Sydney.

This is the worst run that the Storm have endured since 2015, and they dropped out of the top four on the back of a game in which they were a clear second best.

“I’m not confident in turning it around,” he told the post-match media conference. “I’m coming in here thinking the same thing every week.

“There were some good efforts out there tonight but there’s stuff that you’re not going to get away with at this level. You’ll pay a price and that’s what we’ve done this last couple of weeks.

“We’re not thinking about six weeks’ time. The position we’re in, we’re concerning ourselves with tomorrow and that’ll help us perform a bit better next week.”

He admitted that the club were actively seeking new blood with the transfer deadline looming on August 1st. He refused to be drawn on Reece Walsh, but said that he was in the market to cover their injury issues.

“We’d like to do that, but we’re running out of time,” said Bellamy. “There’s clubs that have players but they don’t want to release them. We will still look if we can.

“Whether that happens or not, I’m not going to be involved. My job is to coach the team and the players that we’ve got at the moment. We just need to get better and look at that during the week.”

It’s hard to believe that, after Round 9, these two sides were eight positions, half the comp, apart. Now, they are split only by points differential.

The Storm exhibited several of the flaws that have dogged them in the last month. Their errors tonight were a huge problem, though that was exacerbated by tough Souths tackling: there were a few dead drops, but plenty dislodged by hard-hitting defence.

Of the forwards, only Tui Kamikamica managed over 100m with ball in hand, with props Nelson Asofa-Solomona and Jesse Bromwich managing fewer than 80m.

This is a team that is missing a few figures, which cannot be discounted, but regardless of that, Craig Bellamy will be disappointed by how his team were dominated in the middle.

“If you’re going to make errors, you’ve got to be able to defend, and at the moment, we’ll do that 80 per cent of the time. The other 20 per cent, we won’t,” said Bellamy.

“We’ve lost four in a row now. The first two I thought we were really poor but we made some real steps last week and I thought we had some good parts tonight, but if you keep making errors and you don’t back them up with defence, you’re going to lose the game. That’s what happened tonight.

“I don’t care what people think is happening. We don’t want injuries, obviously, but we’ve got guys in our team. We don’t pick them up off the street, they’ve been playing footy a fair bit.

“They need to go out, catch the ball, pass the ball and make a tackle. For parts of our game, we can’t seem to do that. Other times we do it well but we’re not playing a consistent game for 80 minutes. If we got 65 or 70 we’d be doing better than what we’re doing at the moment.”

Souths, on the other hand, all but secured their spot in the finals. They move to 11 wins and require just one victory from their remaining five fixtures to reach the 12 that should keep them playing into September.

“The best thing about the game was that we showed we can defend,” said Jason Demetriou. “We’ve had our best team over the Origin period against Parramatta a few weeks ago and we were pretty strong defensively that night as well. We backed that up again tonight and that was important going forward.

“We went through a patch earlier in the year where there was a lot of talk about our completion rates, and we backed ourselves to back our skills and talent.

“They compress their line a bit, so if there’s a chance for us to move the ball, it allows us to get on the front foot straight away and that was important tonight.

“Player changes and personnel have a big difference to your defensive resolve. When you have a lot of changes it takes time to form combinations and there’s also a mindset there.

“It’s difficult to defend with that resilience for 24 rounds and then a finals series, but I feel that the boys understand now that that is what we need to do to get where we want to go.

“We’ve got to have that resolve. Parramatta was a good start for us and to come back and defend like that, that was the most pleasing part of the game.”

Their rise in recent weeks has been inspired by the return of Latrell Mitchell, but this was a win based first and foremost on their halfback, Lachlan Ilias, whose recovery after being hooked in the first half of the Bunnies’ loss to St George Illawarra has been nothing short of miraculous.

He directed operations from the middle, scored an excellent solo try and kicked the Storm to death. Where earlier in the season, he and Cody Walker had split kicking nearly 50/50, tonight it was 95 per cent Ilias.

“He’s had plenty of good performances,” said Demetriou. “His kicking game was very good and an improvement every week.

“I’m really proud of Lachy, he’s had a lot on his shoulders this year and through the support of our senior group, he’s handled that really well. He’s what we expected and hoped that he’d become and he gets better every week.”

Mitchell also laid on two tries for Alex Johnston, whose try-scoring barely merits mention these days: for the record, he has scored 13 in just six games.

The Bunnies got off to the perfect start. It’s hard to read too much into the opening two minutes of any game, but the way that Melbourne ceded field position through a Asofa-Solomona high shot and then utterly failed to defend a simple right shift seemed ominous.

Keaon Koloamatangi was the beneficiary, grabbing his fifth of the year, but the lack of communication between Justin Olam and Dean Ieremia was very unlike the Melbourne Storm.

Souths had withstood several sets on their own goalline and turned away the Storm, a level of resilience that at time, they have failed to show at other points this year. This was the polar opposite.

Koloamatangi caught an attacking Munster kick on the last and immediately shovelled it to Mitchell, who had been immediately alive to the counter. Souths raced 50m and changed the momentum.

They then forced an error with their defence, forced two set restarts on the Storm line and eventually got Mitchell into shape on the left. His pass was slightly behind Johnston, but the winger had enough about him to stop, catch and then make space for himself at the corner.

Souths’ tendencies to shoot themselves in the foot had not disappeared. With time running down on the half, the Storm had an innocuous scrum on their own 40m line.

They shifted to Marion Seve for a hit up, only for Cody Walker and Isaiah Tass to leave the tackling to each other, allowing the centre a free run to the line.

Souths did not let the blip bother them. Ilias continued to challenge the line with his kicking, creating a repeat set, and on the back of it, Mitchell slipped Johnston in again to knock the lead back out to beyond a converted try.

It got better. Ilias took an inside pass from Koloamatangi, swivelled in a tackle from Nick Meaney and lifted the ball above his own head for a superb Souths try.

The Bunnies were flowing with confidence. Pinned in their own end after a Munster 40/20, they forced an error from Asofa-Solomona and when Mitchell picked it up, he immediately punted long for Johnston.

The winger reached it, hacked on and only barely missed the putdown on what would have been one of the tries of the year.

Undeterred, they got another contact error from the Storm and stuck, with Jed Cartwright feeding Jaxson Paulo for a third try of the half.

There was life in Melbourne yet. They caught Souths’ defence sliding unevenly and got Ieremia over in the corner with a quarter hour to play. Meaney kicked from the touchline to reduce the deficit to two converted tries.

Souths did give them chances, and Kodi Nikorima was binned for a professional foul in the final minute, but it was all too late.