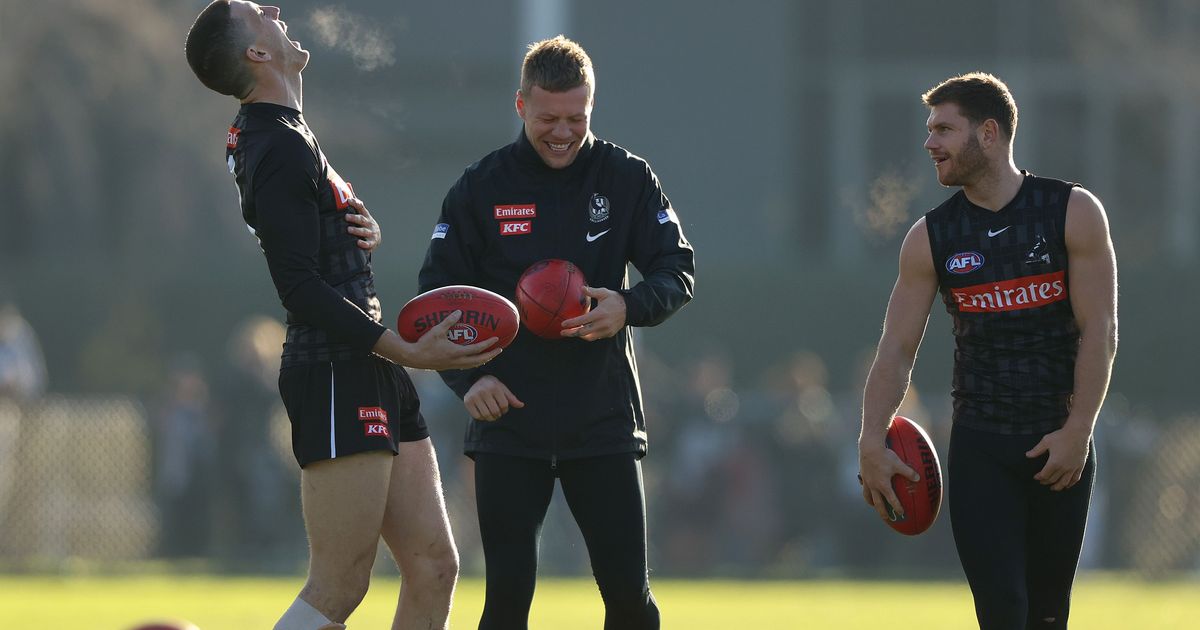 COLLINGWOOD is facing a selection squeeze ahead of Sunday’s clash against traditional rivals Essendon at the MCG, with Taylor Adams and Isaac Quaynor set to return.

Adams missed the win against Adelaide at Adelaide Oval on Saturday after suffering a concussion in the dying moments of the round 17 win over North Melbourne, but the Magpies’ vice-captain will be available if he exits concussion protocols this week.

The Magpies ensured Scott Pendlebury’s 350th game was one to remember by defeating the Crows by five points in the wet to register an eighth straight win.

Craig McRae’s side are now three games inside the top-eight and sitting fifth on the ladder with five rounds to play, level on 12 wins with third-placed Brisbane and fourth-placed Fremantle.

Star midfielder Jordan De Goey is also a chance to be available to face an in-form Bombers outfit that beat Gold Coast on Sunday to win a third consecutive game and four of its past five.

The 26-year-old hasn’t played since straining his quad at training in the days following his return game against Gold Coast in round 16.

Collingwood has been the most surprising performer of 2022 to date, rising from six wins and 17th on the ladder last year to be in contention in the second half of winter.

The Magpies have found some more talent in recent weeks in the form of two players taken in the past two Mid-Season Rookie Drafts.

Mobile forward Ash Johnson made the most of his first opportunity at AFL level after being recruited 12 months, kicking two goals from 11 disposals in an eye-catching debut that might force Ollie Henry to spend more time in the VFL.

Josh Carmichael made an impressive return to South Australia six weeks after being selected with pick No.9 in the Mid-Season Rookie Draft, collecting 24 disposals – remarkably all kicks – eight tackles and six clearances after the 22-year-old was drafted from West Adelaide, six months after he was recruited by the Bloods out of the Sunraysia Football League.

After being forced to bide his time in the VFL, Trent Bianco produced his best performance yet at AFL level, gathering a personal best 20 disposals, nine contested possessions and six tackles after replacing Adams in the 22.

With Henry slotting four goals against Port Melbourne on Sunday after being the unused medi-sub against Adelaide, the match committee might take a fair bit longer than usual this week.

The Brown brothers – Callum and Tyler – also starred at ETU Stadium in the 33-point win to continue their pursuit of another opportunity at senior level. Callum amassed 37 disposals and five clearances, while Tyler finished with 34 disposals and 10 clearances.